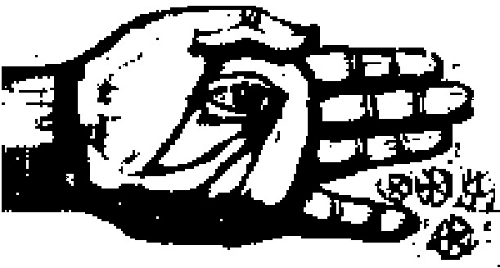 We have the EDL [right-wing English Defence League] coming to a nearby town this weekend and I’m really torn about going to the counter-demonstration because we came very unstuck campaigning against the BNP [right-wing British National Party] in the elections. My young son and I managed to ‘intimidate’ the BNP candidate into not attending the hustings at the local town hall, which was great, and very thrilling.

Then we went home to our little council house on our own, and they got their own back. Stuff thrown at the door, things being shouted, car got scratched, neighbour got threatened in the playground for talking to us. That was when I was on my own.

I remember standing in the street in town with some really really unpleasant people, and saying: ‘But I am Muslim.’ Because a lot of it is about racism, isn’t it? But I’m English, I’m middle class and I’m white, and I’m Muslim.

I was really shocked by how nobody supported us with the BNP. They were all happy for us to go their anti-BNP meetings, but when it all turned around on us, people’s attitude was: ‘Well, you know, you’re alright, just don’t take any notice.’

I thought: ‘That’s easy for you to say. This isn’t like when we were doing Stop The War stuff, where we would go home and shut the door. This is people nicking stuff off my washing line and damaging the car.’

I’m surprised by how intimidated I am by it. It’s not how I see myself.

When I went to demonstrations when I was eight or nine, and they were handing it out, that’s when I first came across Peace News. It was informative, and it had quite a few pictures which was good – I was quite young so the pictures were important!

There was different information about different parts of the world – that was the best thing, when it wasn’t just about Britain. Reading about people’s lives was interesting. I felt a bit more knowledgeable when I read it

I can remember being at Manor House underground station in London, and there were these stickers on the wall which were from a far right group and they were all about the banks being owned by Jews. I started peeling them off the wall because I found them offensive.

These two guys came up behind me and asked why I was taking them off, and I said: because I found them offensive.

It turned out that it was them who put them on the wall. Which was extremely scary.

So I said: Well, I just don’t agree with what they say.

They said: You shouldn’t be taking them off the walls, we have a right to express our views.

The train came and we all got on the train.

And they sat opposite me.

And I thought: Oh my God, I’m going to die now.

And then it got to Finsbury Park station (the next station) and I thought: What am I going to do?

There was maybe an opportunity there which I didn’t take. We were in a public space, and there were people around, and we could almost have had a conversation about it.

We have these five rescued chickens and one of them is called ‘Queen Elizabeth’.

But there is a technicality. We would have to get another chicken so that I could swear allegiance to ‘Queen Elizabeth II’, and become a citizen of the UK!

We had a protest camp in Parliament Square when [prime minister Tony] Blair was leaving [power] and the police came to check if we had things to throw at his car as he drove past.

I said: ‘We’re not those kinds of protesters, but if you want to search, go ahead.’

And it turned out that, in one tent, a woman, who wasn’t there at the time they were searching, was keeping a lot of eggs – to throw at Tony Blair’s car!

The police took the eggs, but not all of them. One of the police said as he left: ‘One or two won’t hurt.’

I don’t think I would label any of the emotions I have in relation to activism as ‘hatred’. But there are things that come close.

When I think of Tony Blair, it makes my blood boil, and I feel sick, but is ‘hate’ the right word? Maybe ‘hate’ is too bland a word to capture my emotions towards people like that!

Ah. There are people I really, really hate!

I don’t feel disgust towards them, like I do towards Blair, I actually hate them! Because of their message and the way they go around: they’re the heroes saving Africa. I find it really arrogant.

Brands like ‘RED’, the celebrity-isation and the depoliticisation and the de-grassroots-isation (I’m making up a lot of words here) of politics. Whenever I even see the word ‘Bono’, I just exclaim out loud: ‘I hate Bono!’

The most boring thing in the world to do with activism... is sitting in a cell, waiting to be released, thinking: ‘What is the point of this? There is no point to this.’

Then thinking: ‘There is a point to this! … if it’s effective.’

Then not knowing whether or not it’s effective, and not being able to think any more.