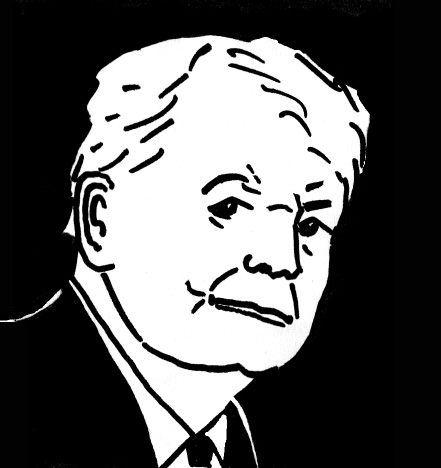 Robert Hinde would be surprised to find his obituary in Peace News. But he more than deserves a mention though I very much doubt if he, academic and ex-RAF coastal command wartime pilot, was a regular Peace News reader.

He died just before Christmas at the age of 93. Many of us have lost a very good friend, a wise advisor and one of the most modest men I have ever met. Professionally, Robert Hinde was a distinguished zoologist, a former master of St John’s college, Cambridge, and the author of some 30 books and many articles. The list of his academic achievements and honours is a long one. He did try to explain it once, but I still don’t know what ‘epigenetics in mice’ is all about.

In ‘our’ world, Robert was also at one time active in CND, and a president of Pugwash, the international scientists’ peace organisation. Later he succeeded Joseph Rotblat as president of the Movement for the Abolition of War, which is how I came to know him.

That official relationship turned into a warm friendship. I often visited him at his home in a village just outside Cambridge. On the last occasion he was clearly very ill but enjoying the view outside his bedroom window where a bird feeder was attracting birds of many sorts. He knew them all.

What we had in common was a firm belief that war is a very stupid and brutal way of trying (and failing) to settle conflicts. Robert had lost a brother in the Second World War which made any talk about the glories of war foreign language to him. That loss had a devastating effect on his parents.

The experience of war – and he claimed ‘his’ war had been comparatively easy – radically changed his world view: ‘My world was transformed from one in which the main thing that mattered was winning the war to one where the preciousness of peace was dominant.’

This understanding compelled him with greater and greater urgency to argue from a rational and humanist perspective that human beings are more good than bad, and that war could be eliminated.

His books and pamphlets in recent years have focussed on this theme more intensely. The final sentence in his last publication, My War (Spokesman Books, 2016), is well worth repeating: ‘Changing the popular view of war as heroic, inevitable, or a solution to disputes must be an important strategy for peace.’

That war can be consigned to history was his deep conviction. Robert was more than willing to work with anyone who shared that conviction. He attended our MAW committee with regular commitment and when he was no longer up to coming to London, we met in his study in St John’s, Cambridge, where he welcomed us warmly and gently presided. If he could not come to meetings – and he came to most – there was always a polite apology.

Robert was a determined and articulate advocate for the abolition of nuclear weapons and war. Perhaps there is a lesson in this for all of us. Working for a more just and peaceful world is not just a matter of pacifism and direct action. We need to reach out way beyond those categories and work with those who would not describe themselves as committed to either.