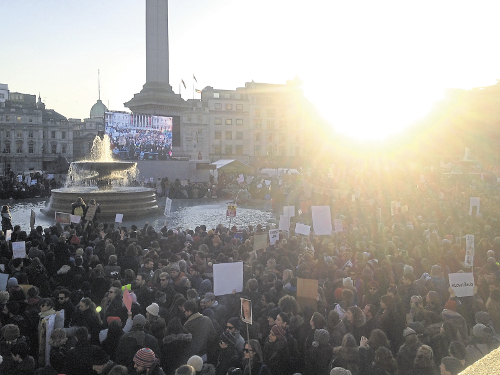 Over 5 million march on seven continents 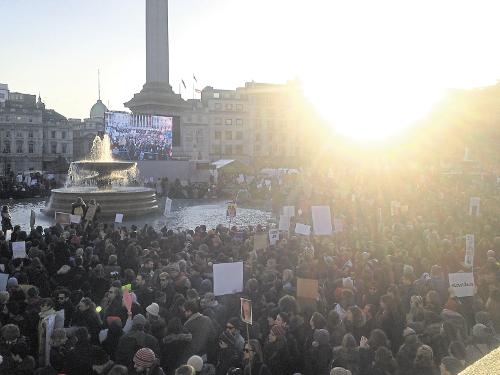 Women’s marches on 21 January took place on seven continents and involved over five million marchers, according to the organisers of the Women’s March on Washington, to show that ‘women’s rights are human rights’ and more: ‘We stand together, recognizing that defending the most marginalized among us is defending all of us.’

In Washington DC, over a million women and men took part in the main Women’s March on Washington, flooding the city the day after US president Donald Trump’s inauguration (which may have drawn 600,000 people).

The Women’s March in London had over 80,000 participants.

There were also marches in 13 other places in Britain, from Bangor to York, and from Edinburgh to St Austell.

The march organisers were challenged by disability rights activists over their platform, which initially only mentioned people with disabilities as a burden on women carers.

That name is taken

According to the Women’s March on Washington organising team, the project began the day after the 2016 presidential election, when Teresa Shook, a grandmother in Hawaii, proposed to 40 of her friends that they march in Washington, DC. Thousands of women signed up on Facebook.

‘Initially the name “Million Women March” was used, however, the name was quickly changed when its historical roots were brought to the founding members’ attention.’

The all-white 2017 march folk apologised personally to Dr Phile Chionesu, one of the organisers of the Million Women March, for initially appropriating the name.

The 2017 organising group, centred around white woman Bob Bland, came under a lot of pressure to ensure that women of colour were involved in convening and decision-making.

Mallory, Perez and Sarsour were used to working together; they are all connected to ‘Justice League NYC’, a high-powered NGO in New York city. Perez is a League founder, Sarsour is a member, and Mallory is a board member of the League’s parent body, ‘Gathering for Justice’.

The League has been criticised by some New York City activists for prioritising closed-door meetings with police officials and politicians over action in the streets and grassroots organising.

The March2Justice was criticised by an African-American activist in Washington DC, Mikael Owunna, for not involving local black groups in decision-making about the protests, and for not prioritising the interests of ‘those most impacted by structural oppression within the black community, black trans women’.

March co-chair Tamika Mallory told the Huffington Post: ‘Bernice King, the daughter of Dr King, gives us the blessing for the name – but wants us to understand the level of responsibility that comes with carrying it.’