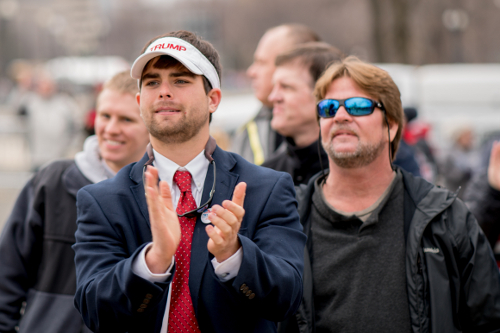 We need to develop empathy - and where appropriate solidarity - with those who voted to leave the EU, argues Milan Rai 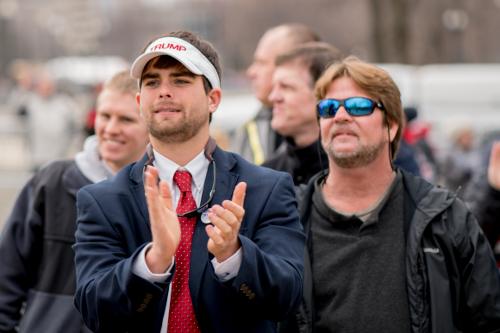 Class and classism are becoming more and more important issues for all sorts of movements, especially as we try to deal with the rise of racism, Islamophobia and authoritarianism at home and abroad. It’s important that these efforts don’t themselves become oppressive to working-class and poor people, and that we find class-inclusive ways to work on these issues.

Peace News wants to contribute to the conversations around class, not only in the pages of PN and on the PN website, but also with some special events this year. We want to bring over US activist and trainer Betsy Leondar-Wright (who writes on p16) to help us learn more about working in this area.

Betsy has warned of some of the complexities we need to grapple with in all of this, for example in relation to the US presidential election. She wrote recently: ‘It’s important to remember that Donald Trump won the majority of votes from college-educated and high-income whites as well, so we need to be on the alert for classist demonising of white working-class people. This is a white right-wing populist uprising that cuts across classes.’

On income, according to exit polls, of the one in three people in the US who earn less than $50,000 a year, a majority voted for Democratic candidate Hillary Clinton. A majority of those who earn more backed Trump.

On education, according to the Pew Research Centre, among whites, Trump won an overwhelming share of those without a college degree; ‘and among white college graduates – a group that many identified as key for a potential Clinton victory – Trump outperformed Clinton by a narrow 4-point margin.’

As we pointed out a couple of issues ago (PN 2598–2599), support for nondemocratic rule in the US is now stronger among the rich (20 years ago, the group most opposed to undemocratic views) than the rest of the population, and is strongest among the younger rich, according to the polling evidence. In Britain and Europe more widely, support for military rule has tripled among the young rich since 1995 (to 17 percent, half the US rate).

When we turn to Trump’s working-class voters, according to research conducted by Gallup in mid-2016, and published in November, economic distress due to globalisation was not a primary driver of support.

“Donald Trump won the majority of votes from college-educated and high-income whites.”

Things that were associated with higher support for Trump included ‘living in racially isolated communities’ with ‘lower social mobility’.

On the one hand, there is the racism and segregation. On the other, the Gallup survey suggests that a lot of working-class Trump supporters may have been doing relatively well themselves, but may have been feeling concerned about the future for their children and their communities.

These are concerns that radicals should be able to relate to.

Back in November, the anti-racist group HOPE not hate announced that it wanted to do new work in ‘post-industrial’ areas, where ‘fractured communities’ have ‘increasingly abandoned hope in mainstream politics’.

HOPE not hate argued: ‘Going into these communities with “myth-busting” anti-racist narratives does nothing to change the levels of anger and mistrust. Often it just reinforces a sense of being patronised and treated as ignorant.’

Instead, the new project is aimed at underlying concerns: ‘economic insecurity and the sense of being powerless’. The group points out: ‘only through improving people’s lives can we really hope to break down racism and division’.

US feminist icon Gloria Steinem told the massive Washington DC women’s march on 21 January: ‘This is the upside of the downside. This is an outpouring of energy and true democracy that I have never seen in my very long life. It is wide in age, it is deep in diversity....’

In this outpouring of energy, as US activist and thinker George Lakey has urged, movements for peace and justice need to develop empathy for, and solidarity with, many of the people who voted for Trump’s election.

In Britain, radical Remainers need to develop empathy and solidarity with many of those who voted to leave the European Union.

These upheavals are, in part, rebellions based on legitimate grievances.

The part that is based on racism, we have to resist. We will have to learn more about ways of resisting racism by ‘calling in’ (disagreeing while building relationships of mutual respect) rather than ‘calling out’ (condemning and publicly shaming).

This summer, PN wants to be part of the process of increasing skills in cross-class communication and coalition-building. We’re planning to bring over to the UK the person who’s taught us about ‘calling in’: Betsy Leondar-Wright (see PN 2590–2591).

Betsy has been working on class and classism in grassroots groups and NGOs for over 30 years, and she has a wealth of experience and insight to share.

In recent years, Betsy has been considering the middle-class way that anti-racism training is often done, and anti-racism itself is understood. She has been tussling with how to do anti-racism work in more class-inclusive ways.

Betsy has written two fine books (reviewed in PN 2572-2573 and 2588–2589) helping campaigners to understand better how class and classism affect our work, and how valuing the strengths of our different class backgrounds can make our movements more powerful.

We will be sharing lessons from Betsy’s work in these pages over the year, in the run-up to her workshops at PN Summer Camp and (we hope) a training of activist trainers.

The Peace News Summer Camp organising group has responded to the state of the world by giving this year’s gathering (27–31 July) a long and determined name: ‘Surviving Politics – self-care, skill-sharing and community building when nothing seems to make sense.’

Class and classism will be central topics at the camp, and in PN this year. We hope you’ll join us on this journey.