Trebor Scholz & Nathan Schneider, Ours to Hack and to Own: The Rise of Platform Cooperativism, a New Vision for the Future of Work and a Fairer Internet 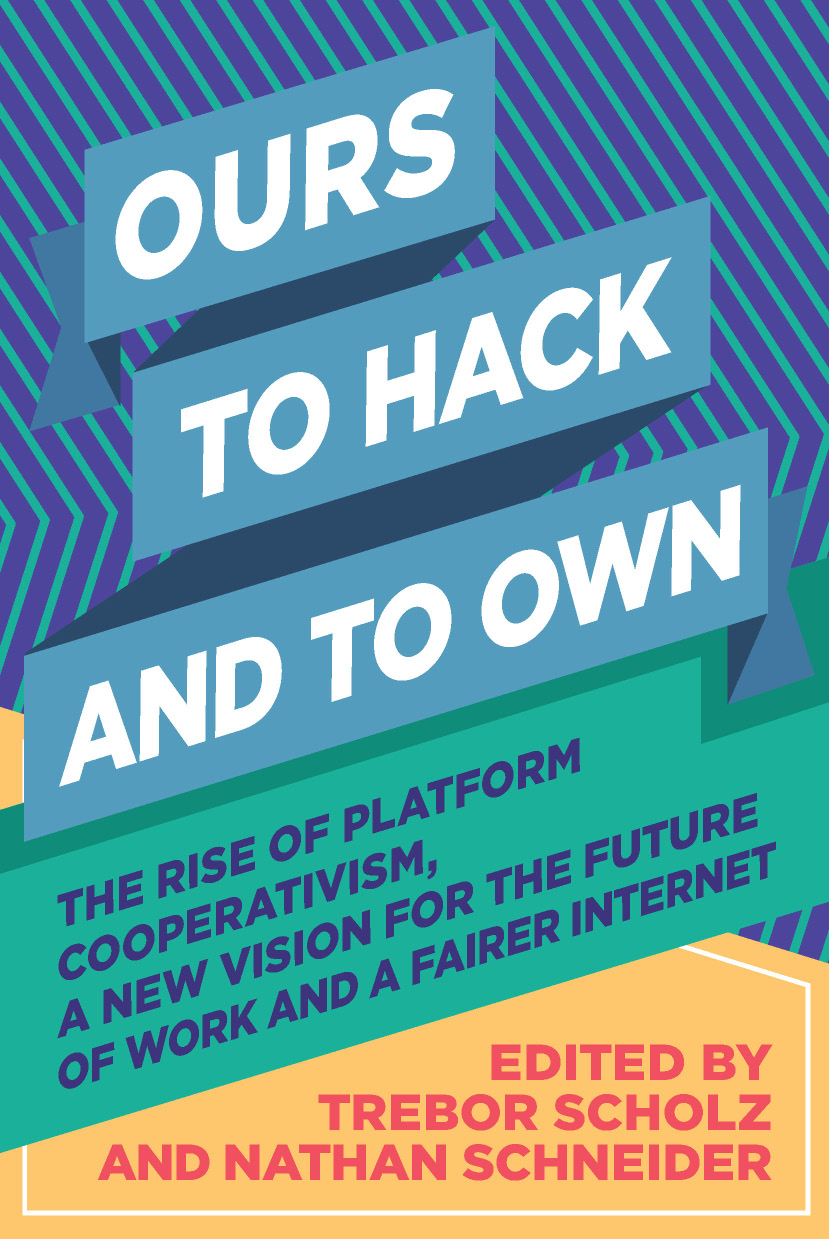 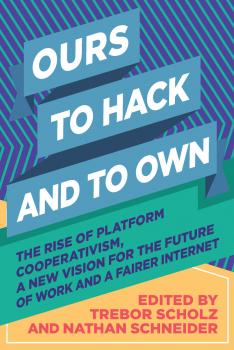 This timely book explores how industrial co-operatives can be made relevant in our digital age. Co-operatives founded by nineteenth-century factory workers revolutionised working practices. This book proposes that digital workers must establish similar mutuals to bring about democratic governance and shared ownership of the internet’s levers of power – its platforms and protocols.

(The term ‘platform’ refers to the places where we hang out or work after we switch on our phones or computers. Likewise, the word ‘hack’ in the title refers not to intercepting other people’s email, but to the DIY culture of open source, where software – and perhaps the way we work – can be customised. )

Ours to Hack and to Own brings together contributions from 40 authors, who ask whether technology which disrupts industries could be harnessed to disrupt the operating system of our economy. Addressing social rather than technical challenges, it will appeal to readers regardless of their level of computer expertise.

One contributor, Nathan Schneider, reminds us that the internet relies on tools built through peer-to-peer self-governance, like Wikipedia and GNU/Linux. He highlights the overlooked success of co-ops, for example in Kenya, where mutuals account for half of GDP. Despite this, democracy has – so far – stopped short of boardrooms in Silicon Valley.

Under what Christoph Spehr calls ‘algorithmic capitalism’, multinational intermediaries such as Uber and Airbnb have huge power over both consumers and producers. Spehr also argues that: ‘Platforms are highly dependent on customer ratings for policing the quality of their workforce, but they haven’t figured out how to correct for those same customers’ race and gender biases.’

McKenzie Wark identifies a ‘hacker class’ as a new subset of the working class who are often exploited and rarely organised, like the first factory workers who took years to organise effectively to demand an eight-hour day.

The contributors dare to imagine how internet-based buying, selling and working could be made to serve us better. Case studies are also included of existing peer-to-peer platforms alongside practical advice for aspiring co-opers.

The book invites you to join the conversation about who owns the tools we live by and how we might humanise twenty -first century capitalism:
www.platformcoop.net