Walter Mosley, Folding the red into the black or developing an untopia for human survival in the 21st century 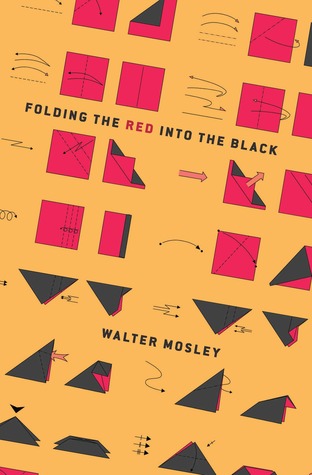 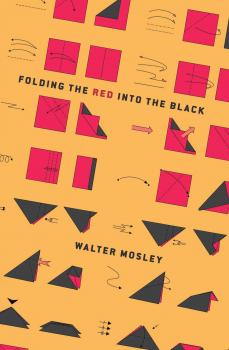 The writer and radical Walter Mosley is best known for his crime novels, in particular those featuring his African-American private investigator Easy Rawlins, hero of the best-selling Devil in a Blue Dress. But Mosley’s prolific output also includes science fiction, erotica, non-genre fiction and five short political tracts addressing issues such as race and US foreign policy.

In this, his latest foray into politics, he turns to economics, proposing a ‘shotgun wedding’ between socialism and capitalism. Such a marriage is necessary, he believes, because, undiluted, both systems are inhuman, riding roughshod over (or exploiting) human frailties with predictably disastrous results.

(Mosley is especially strong on human imperfections. In one memorable passage, he writes that: ‘We are ego-centred, tragically flawed, territorial, meat-eating, warlike packs of animals that have mastered tools far too sophisticated for most of us to understand’.)

About communism, the world’s leading scientific authority on ants, EO Wilson, is supposed to have once quipped: ‘Great idea. Wrong species.’ Mosley agrees.

Acknowledging that we are, to an extent, social animals, he is also ‘absolutely sure that we are not socialist animals’. And because we are unable to commit ourselves ‘completely and selflessly’ to our fellow human beings, he believes that ‘there will always be a series of fatal flaws in any socialism to which we attempt to adhere’.

Capitalism, a system that ‘does not care about the lives of its workers, only about their potential to produce and their need, and financial ability, to consume’, is no better suited to our natures.

Pure systems, Mosley claims, can ‘only work for purely [or nearly pure] instinctual beings’, and ‘in purifying our desires, we create poisonous concoctions and systems that wreak havoc on our physical, interpersonal and social systems’.

In their place, Mosley proposes an ‘untopia’ in which certain spheres of society are ‘private, privatized and freely owned by individuals and groups of individuals’ while others are ‘controlled by the state for the greater good of the people.’

He proposes that government ensure the fulfilment of eight basic needs, including ‘clean water’, ‘healthy food’, medical care, free access to information, and ‘a share in the natural resources of the nation where those are not owned by capital’ (for example, wind and rivers). Looking to the future, he also proposes ‘taxation of the robotic workforce’, to ensure continued government revenues as people are displaced by machines.

Government should subsidise a small set of basic foodstuffs, so that: ‘For the most basic amount of money, loose change someone could earn bringing in glass bottles for reclamation, any man or woman could feed themselves and their dependents.’ (The US government already spends billions of dollars a year on corn subsidies alone, he notes, so why not ‘alter the already existing system to benefit the living, breathing bodies that could use the sustenance’?)

Likewise, it should also provide basic public housing to which every citizen would have access for 10 percent of their salary, ‘no matter what that salary is’.

Such measures – almost unimaginably radical by current standards – would, Mosley believes, go a long way to eliminating many of capitalism’s evils.

On the capitalist side though, he also wants to continue to permit people to accumulate vast wealth (he advocates ‘a flat rate of taxation on every citizen’s income’, an idea more commonly associated with right-wing libertarians), and to protect the right of ‘[e]very person in America... to compete against the goliaths of big business’ (in reality, one suspects, the right to be crushed by the same).

He has little to say about how these changes could be brought about, though he rejects violence. ‘I believe that if violent revolution were necessary for the blossoming of a truly human system of governance... I would, albeit with a heavy heart, support violence on a twentieth-century scale’ he writes. However, ‘luckily for us, [such] action would be counter-productive’, as ‘violence buries its spear in the soul of history’, never-ending once initiated.

Mosley’s ‘untopia’ would be a place in which everybody’s basic physical needs would be met, but in which huge disparities of wealth would still be possible. Two obvious flaws immediately spring to mind.

First, such a set-up would probably be highly unstable. Great wealth brings with it enhanced social status, as well as power over others – things that are often more prized by the wealthy than the mere ability to purchase expensive toys. Were it to become reality, Mosley’s untopia would weaken this power. One would therefore expect the still-existing 1% to use their wealth to undermine and destroy the untopia.

The second flaw is that inequality – and not just the eradication of absolute poverty – matters.

Indeed, there is good evidence that ‘most of the important health and social problems of the rich world are more common in more unequal societies’, and that these differences between more and less equal societies ‘are differences between the prevalence of different problems which apply to whole populations’, not just the poor (Richard Wilkinson and Kate Pickett, The Spirit Level, 2009).

Mosley’s untopia would likely be a highly unequal society, and therefore also a highly dysfunctional one.

A unique voice, Mosley’s work is never less than engaging, and this book is no exception. In his preface, he writes that his main hope ‘is to start some talking and thinking about what we can do to make our lives, all our lives, better’. To this end, this book deserves – and will hopefully receive – a wide audience.