The death of home education 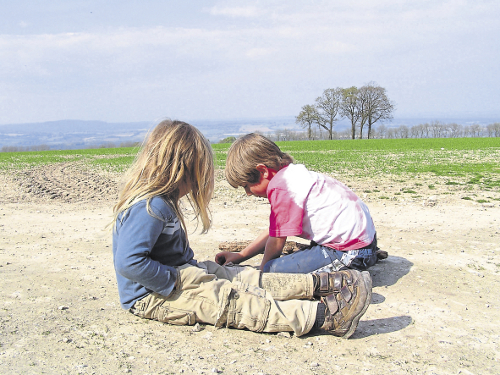 It’s still legal in Britain to withdraw your children from school – for what purpose?

01 Feb 2017 Feature by Leslie Safran
Learning: doing it all by themselves. Photo: Emily Johns

The great advantage of home education has been to open up different kinds of education. If we are to save what is groundbreaking, trailblazing and effective about home education then we need people to wake up to their continued conformism.

Most of us think we know what education is. The room is set up with someone who ‘doesn’t know’ sitting down with pen in hand. There is someone in front of them who ‘knows’ about a particular subject: ‘English’, ‘Maths’, ‘Geography’, ‘Biology’, and so on. The subject is in a textbook that has been designed by teams of government officials who ‘know the most and the best’. After a certain time period, the someone who ‘doesn’t know’ is expected to have the information that the person at the front ‘knows’. They will show this through written work (and possibly some other kinds of exercises) designed by the person at the front. There may also be continual testing of the person who ‘doesn’t know’.

When education transfers to the home, to ‘home education’, people often assume it looks similar to this picture, perhaps with the kitchen table instead of a desk, and with fewer people who ‘don’t know’. Education is divided into separate lumps and dished out by someone who ‘knows’ to someone that ‘doesn’t know’. This experience of education is so all-pervasive that most people don’t even consider there could be anything else.

Do worms have faces?

There were drawings of four worms on one page that were sat up on their hindquarters in a ‘z’ shape with big cartoon smiley faces. The page asked the question ‘4 worms plus 3 worms equals what?’ My son looked at this picture and asked: ‘Do worms have faces?’ I didn’t know! I said: ‘Let’s go and find out.’ So we went in the garden and started digging looking for worms.

We found several different kinds of creatures but we couldn’t tell which end of the them was the head or even if they were worms. We went to the library to find books about worms, to find out how to tell which end is the head and the answers to lots more questions that arose, such as the difference between types of worms and what they do for the soil and different ways of living and some things you think are worms are not....

“People are not taking the time to find out different ways for themselves.”

We found out loads of things that neither of us knew before, After lots of investigation, I realised we’d left the 4+3 maths problem well behind. But nevertheless we had learnt loads.

And so began our new process of education. We had taken in that information because it directly answered a question that we were addressing. There was no one leading us. We had learnt to investigate for ourselves and find the answers in ways that boosted our self-confidence as we were able to learn for ourselves. Because our questions were interesting to others and worthy of investigating we also felt validated.

Our relationship deepened because we had done something together that was productive and enjoyable. Even though we were at different stages of life, we’d both learnt something and taken it in in different ways. This began our process of discovering for ourselves, learning how to learn. This was a highly formative process.

Doing, not being ‘done to’

When a person learns by themselves, for themselves, through a process of self-directed experimental learning, copying, trial and error, perseverance and self-motivation and trying in their own time, their confidence in being able to learn for themselves grows. This begins to loosen the bonds that bind us to the overarching dominant vision of education as one of being ‘done to’. But this process of loosening the dominant vision is very fragile because the mainstream vision is not only all around us in everyday life, held unquestioning by most people we meet, but it’s also in our own heads as most of us experienced 12 or more years of this style of education at a formative time of our lives.

So what does this have to do with the death of home education? Given this delicate, fragile but important different process of learning to learn for yourself, is not encouraged by our dominant system, one of the few places to find that encouragement and support is from other parents who follow this approach to home education, who are going through the same process.

In my case, when my courage failed, the pressures from outside became too much and I started to doubt this process, there were others whose children were ahead of mine who I could turn to for support. I needed those home educators a few years ahead of me on the road to keep reminding me it would be OK.

Since central government attempted to regulate home education in 2009, a move spearheaded by Graham Badman, there have been a lot more home educators. The good, unintended consequence of that period was that it publicised home education more than ever. However, this has led to a situation where there are so many people coming into home education that this fragile re-learning about education is being threatened.

It takes time for people to be with their young people and see this process at work in a deeply meaningful way. This learning for yourself and learning together time is not being taken. Families are starting to home educate but immediately look for classes in the curriculum areas seeing school as the only model of education. They are not going through the process of moving beyond the text books that I described above. They are not thinking about education, what it means for your family and how it might be different. The values and ambitions of the mainstream are unquestioned. I call this new approach to home education ‘lifestyle home education’.

This rise of ‘home schooling’

This process is summed up by the fact that most people in the last two or three years have started to call what they are doing ‘home schooling’, reflecting the US influence. There are a lot more home educators there, and ‘home schooling’ is much bigger business than in the UK: it has been ‘discovered’ as a place to sell educational material and services. Business encourages the idea that you can do school for yourself. It does not encourage the idea that you do not need any extra materials to home educate.

Leslie Safran is the mother of two grown children who never went to school. In 1993, she helped found the Otherwise Club, a community centre for home educators in London where she continues to be involved. She has published widely and speaks regularly about home education.