Selina Todd, The People: the rise and fall of the working class 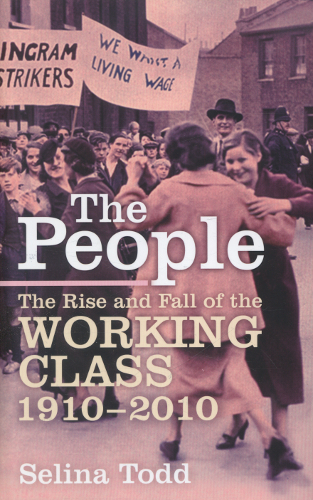 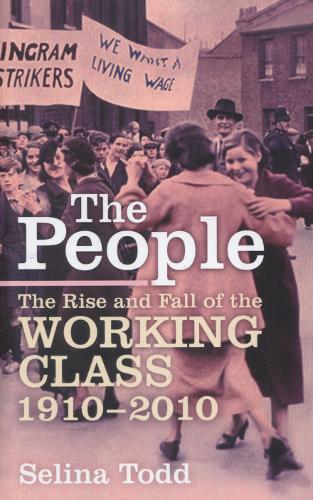 Spanning the century from 1910 to 2010, this engaging social history shows how a group of people without wealth or power (the working class) were able to gain some measure of control over their lives before losing it again.

In 1910, competent servants had a place for life, but they had to ‘know their place’, accepting decisions made for them by their ‘betters’ ‘in their best interests’.

However, after 1918, many women were forced to take lower wages, or return to domestic service, as men came home.

1926 saw the failure of the General Strike – ‘A desperate cry for manhood’, according to the daughter of one of the striking miners. The government and top TUC leaders showed more concern for the coal owners than for the miners. (Walter Citrine, general secretary of the TUC, later received a peerage.)

In the Second World War, negotiations between employers and workers raised the latter’s expectations and sense of entitlement. As in the First World War, women did a range of jobs previously only done by men, but were often denied such employment after demobilisation.

Todd also exposes various myths that have helped the 1% to keep their positions: welfare provision makes people lazy; ‘we are all in it together’; and the idea that wealth ‘trickles down’.

While working people have been grateful for better health, education and welfare, these perks have not changed underlying inequalities: they have not redistributed wealth or power.

For Todd, class is not a dominant factor in self-identification. Instead, values dominate in that process, and material aspirations like home ownership have not displaced caring and striving for fairness using trade unions and community action.

Moreover, despite recent reversals for the working class, she has not given up hope and ends her book optimistically.

In particular, she recommends that we learn lessons from this history, which can help working people imagine progress on their own terms: valuing the collective experience of their lives and linking this to the wider society.