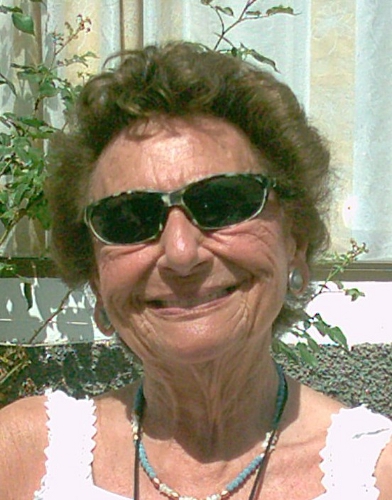 Joan was a new arrival in the CND office sometime in the 1980s. This warm-hearted woman with the sunny disposition had a desk opposite mine and I therefore saw a lot of her. Her job was to sell advertising for our CND magazine Sanity.

I marvelled at her technique. If, on the phone, a possible client hesitated, Joan knew exactly what to do. ‘I quite understand, Mr X or Ms Y, that you are too busy at the moment. It might be better if I called you back in a month’s time?’

The target always said ‘Yes’, so Joan was back in action exactly a month later. ‘You will remember that you asked me to call you back about an advertisement for Sanity – are you ready to take one out now?’ They could hardly then say ‘No’ and revenue for Sanity went steadily up and up.

But Joan was so much more than an effective sales person. She was a very generous one as well. She handed over her lovely house in north London to me for a few weeks when I was temporarily out of a home. I was always impressed by her wide general knowledge of literature and politics and of course of her specific understanding of music.

She and her partner Laurie Bielby set up MANA (Musicians Against Nuclear Arms – now Musicians for Peace and Disarmament) and ran concert after concert in all sorts of venues raising money for various peace organisations – not only CND. Over the years, tens of thousands of pounds must have been given to such good causes. Joan was never a one-organisation person. Her drive, her energy, her hard work and powers of persuasion never weakened. Distinguished conductors and famous performers all responded to her calls.

Only now do I know more about her background. She was for years chair of the Workers’ Music Association and, with Laurie, helped to organise many of their summer schools. She performed as well herself. She was an alto in the New Philharmonia Chorus. She had also wide international interests. Years ago, working for the British Council, she was a member of the second trade mission to visit China.

Joan was a wonderful friend to many and a great support in her modest way for the whole peace movement. I miss her very much and I will not be alone in that.