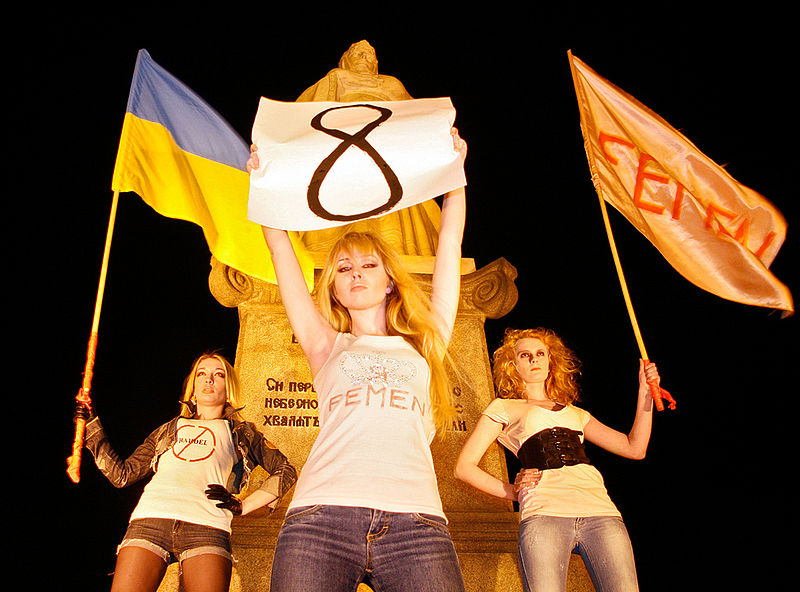 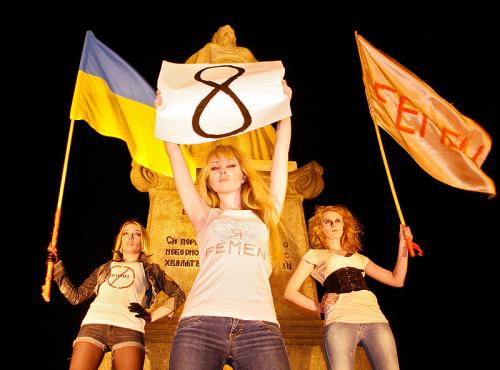 Imagine a foreign army were about to invade your town, what would you do? Would you take up arms, run away, surrender – or undertake some form of civil resistance? My unimaginative but honest response is that I would probably run to the hills. This question was posed to us by Dr Maciej Bartkowski, senior director for education and research at the US International Center for Nonviolent Conflict (ICNC) at one of the final sessions of a three-day ICNC seminar organised by Rachel Julian at Leeds Beckett University, where she teaches.

These options were put to people in Poland and the Ukraine, countries which have experienced (or are experiencing) occupation and foreign aggression. Surprisingly, the majority of Poles and Ukrainians surveyed favoured ‘nonviolent civil resistance’ over ‘taking up arms’.

In Leeds, in mid-April, we were asked to reflect whether the willingness of people to try more imaginative forms of resistance to aggression could prompt a wider conversation about military spending and alternatives to the current militarised approach to security.

Just hearing a few nonviolent ideas encouraged people to think beyond violence. People’s views of the efficacy of both nonviolence and armed struggle was measured at the start and end of the Ukrainian survey. Some examples of civil resistance were given during the survey, including: tax strikes, boycotts (including boycotting collaborators), leafleting, graffiti, hiding activists, workplace organising, underground communications and sabotage. After this five-minute survey of nonviolent options, people’s attitudes shifted in favour of nonviolent tactics.

Stellan Vinthagen (chair in the study of nonviolent direct action and civil resistance at the University of Massachusetts, Amherst) challenged the view that resistance has to be ‘dramatic and confrontational’. Vinthagen’s inspiration comes in part from the work of anthropologist James C Scott, including Scott’s seminal book Weapons of the weak: everyday forms of resistance (1985).

‘Infra-politics’, as Scott calls it, might include: work-slow, feigning ignorance, evasion, squatting, jokes, dissent subcultures and more. The essence of everyday resistance – which is happening everywhere, in our workplaces, schools and neighbourhoods, much of the time – is to resist in a way that can be denied.

Its value ranges from re-establishing dignity to winning tactical advantages and preparing people for open and collective resistance if and when this becomes possible.

Over the course of the seminar we were also treated to many inspirational stories of nonviolent resistance. In Turkey, 30 million people participated in ‘one minute of darkness for constant light’ where people turned off their lights for one minute at 9pm. A small act against corruption but one that everyone could get involved in without risk. In the Philippines, one million girl and boy scouts counted school textbooks as a practical and symbolic act against corruption.

In Egypt, a pro-democracy anti-corruption movement (started by women) distributed drinking glasses throughout tea shops with the simple meme: ‘we’re watching you’.

The role that women have played in civil resistance was also emphasised, from US civil rights activist Rosa Parks to WOZA (‘Women of Zimbabwe Arise’, also an Ndebele word meaning ‘come forward’), and the women-only ‘sixth clan’ movement in Somalia. We also learnt that half the Solidarnosc (‘Solidarity’) activists in Poland were women.

And of course there are so many UK examples of creative resistance to also draw on: the Diggers movement, Greenham Common, the gay liberation movement, the anti-poll tax campaign, Reclaim the Streets, Stephen Lawrence Charitable Trust, Climate Camp, Occupy, UK Uncut, and Disabled People Against the Cuts – to name just a few.

As the saying goes, genius is 10 percent inspiration and 90 percent perspiration. And so the ICNC emphasised the importance of identifying the problem, considering what needs to be different and working out a plan.

We heard that many successful movements have one key ‘defining method’, around which other tactics revolve. Once people have woken up to their own power, they need to get organised. Part of ‘getting organised’ is working out whether the tactics deployed will achieve the desired outcome, rather than doing things the way they’ve always been done.

But activists and dreamers don’t just need to resist the status quo, it is also legitimate to try and create the world as we’d like it to be. Many movements try to do both. Gandhi is described by many as having both resisted injustice and attempted to reconstruct society.

Perhaps less well known in the UK is the Landless Workers’ Movement (MST) in Brazil. MST engages in traditional forms of protest but its ‘defining method’ is to occupy land to farm. Despite a very repressive response (one person is killed every week), 1.5 million people have mobilised to liberate land for 350,000 families. Alongside the occupation is what academics and some activists call ‘constructive creation’. There are self-governed communities complete with schools, credit co-operatives, a university and a powerful creative story-telling process called the Mística. Transforming the state is only one way of trying to change things.

Nonviolence is nonviolent action but, more than that, it is action that seeks to undermine the violence of others. This was the helpful definition offered by Vinthagen.

I’m not often blown away by statistics, but hearing that no nonviolent movement has failed if it has secured the sustained participation of 3.5 percent of the total population was pretty astonishing. Although admittedly that is still quite a lot of people. Furthermore, nonviolent campaigns have around a 53 percent success rate, whereas violent campaigns are only successful 23 percent of the time.

For Chenoweth, the relative efficacy of nonviolent movements when compared to taking up arms is down to things like: greater participation, tactical creativity, nonviolent discipline, less backfire and more potential defections from the ‘old guard’.

Our guests from the US started by reminding us that we are ruled, at least in part, through our own obedience. The stories I heard throughout the three days, along with some pretty impressive evidence that nonviolence is effective, suggest that when we want to change things, starting with our imagination might be more fruitful than relying on the same old tactics.

The academics and activists from the International Centre for Nonviolent Conflict weren’t trying to convert us into an ideological cult of nonviolence in an often violent world, they just hoped to share their understanding of why nonviolent methods might be worth considering. ICNC weren’t sitting in judgement of the Zapatistas who have engaged in armed resistance alongside nonviolent civil resistance and ‘constructive creation’; just as many wouldn’t currently judge the Kurdish activists who feel taking up arms is the only way to defend themselves against ISIS/Daesh. As @Crommunist recently tweeted, ‘“Violence never accomplished anything” say people in a country stolen through murder, built by slavery, and secured with war.’

So if the language of nonviolence is off putting, if it sounds a bit hippy and weak, don’t use it. But equally, do listen to the stories of people all over the world who have found creative ways of changing the world without picking up a gun.