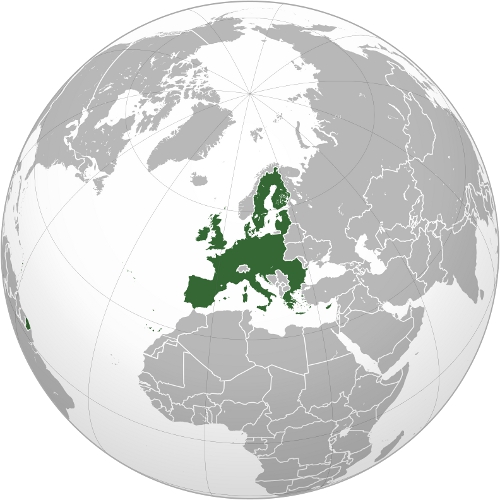 How should the peace movement vote in the European Union referendum? 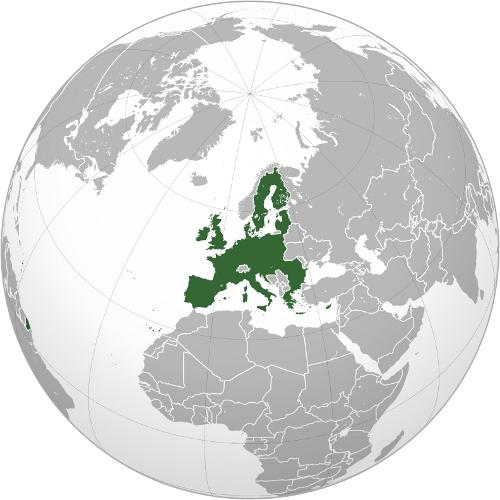 It’s not clear that Britain leaving the EU would significantly increase – or decrease – the risk of war or violence anywhere; or anyone’s level of military spending; or nuclear weapons development in any country.

On the peace movement’s major concern at this moment, the replacement of Britain’s Trident nuclear weapon system, Brexit seems irrelevant – unless you want to play a long and cynical game, calculating that the economic damage done by Brexit could make it harder for the government to sustain the costs of replacement programme.

There is a deeper level – involving racism – which we’ll come to.

There is one place where a claim has been made that violence would come closer in the event of Brexit: northern Ireland.

Peter Mandelson, former secretary of state for Northern Ireland, warned in March that Brexit would lead to border posts between the Republic of Ireland and British territory in northern Ireland, undermining the peace process and bringing us closer to the resumption of a full-on IRA campaign.

Sammy Wilson, MP in the Westminster parliament for the fervently unionist and pro-Brexit Democratic Unionist Party, replied: ‘he knows full well that the Common Travel Area between the UK and the Republic of Ireland (RoI) is not dependent on EU membership.’

The ‘Common Travel Area’ agreement, which pre-dates the EU, gives UK citizens the right of abode in the RoI, and vice versa, with no immigration controls on either party.

It seems the more likely problems are not so much on the immigration side, as on the trade side. With the republic in the EU, and the UK outside (perhaps with border posts to police customs duty between them), their trade relations might change dramatically, with possibly damaging effects on the six counties of northern Ireland.

Those six counties have also benefited significantly from EU aid, a financial inflow that is unlikely to be matched by the British government post-Brexit.

The economic risks Brexit poses south of the border has led the RoI government to emphasise the possible security risks.

Sinn Féin (the political wing of the IRA) whose core mission is to get the six counties of northern Ireland to leave the UK and reunify with the rest of Ireland, is now a fervent supporter of EU membership.

Sinn Féin party leader Gerry Adams has said that if Britain votes for Brexit, there should be a ‘separate and binding’ EU vote ‘here in the North’ of Ireland – so that northern Ireland could remain in the EU even if England and Wales left. Re-unification via referendum.

Brexit will very likely damage the Irish economy, south and north. Brexit will also weaken co-operation between all the parties involved. (Security officials have stressed, for example, the importance of both Europol and the European arrest warrant, two EU institutions.)

It’s possible these kinds of changes might, further down the road, undermine what’s been achieved in the peace process.

It often pays to find out what Noam Chomsky is thinking. He isn’t enthusiastic: ‘I actually have no real strong opinion on Brexit, but my concern about it would be that it would weaken the European Union, but it would also probably leave Britain even more – I don’t want to use too strong a word – subordinate to US power than it is today.’ (Channel 4 News, 13 May)

That would not be good for the world, or for Britain, Chomsky suggested. The EU offers a relatively constructive option in international affairs compared to the US, in Chomsky’s view; and a weaker EU means a stronger US. Cut off from the relatively civilising influence of the EU, Britain might evolve even closer to the US model. Not good.

In general, for Chomsky, ‘The formation of the European Union was a highly encouraging step forward in world affairs, with great promise.’ (openDemocracy, 14 March) ‘Overcoming of national hostilities and erosion of borders [through the Schengen agreement, among other things] is a substantial achievement.’ (Truthout, 25 January)

Chomsky is a signed-up supporter of former Greek finance minister Yanis Varoufakis’s ‘Democracy in Europe Movement 2025’ (DiEM25) project. DiEM25 rejects both ‘Remaining in the EU out of inertia or fear’ and ‘accelerat[ing] the process of the EU’s disintegration’ by leaving.

Instead, DiEM25 advocates ‘A surge of democracy that penetrates EU institutions, against the will of its entrenched interests’, by voting ‘Remain’ and working for transformative reform.

In terms of strategy, the DiEM25 manifesto says: ‘We consider the model of national parties which form flimsy alliances at the level of the European Parliament to be obsolete.’

What is needed is ‘an internationalist strategy toward a pan-European coalition for democratising Europe’ that includes connecting a reform agenda ‘with local communities and at the regional and national level’.

In terms of reform, DiEM25 prioritises: (a) ‘full transparency in decision-making’ in all EU institutions, and (b) ‘the urgent redeployment of existing EU institutions’ to address the crises of debt, banking, inadequate investment, rising poverty and migration.

A little further down the road, DiEM25 wants to ‘convene a constitutional assembly’ to bring about a properly democratic, sovereign parliament by 2025, ‘sharing power with national Parliaments, regional assemblies and municipal councils’. (People could only stand for the constituent assembly on transnational lists created by cross-European coalitions.)

For Chomsky, the DiEM25 manifesto is ‘a bold effort to reverse the damage and restore the promise, an initiative of great significance.’ (openDemocracy, 14 March)

There is a level that we haven’t considered so far.

In the current climate, a vote to leave will greatly strengthen anti-immigrant, authoritarian, racist and Islamophobic tendencies both in Britain and in the rest of Europe.

It is this framework of hostility and supremacism that helps to underpin British war-making, which is why there is a direct interest of the British peace movement in the migrant rights movement.

For peace activists, it seems we should vote, however ambivalently, ‘Remain’.

Online in June: New analysis ahead of the Chilcot report, due on 6 July, plus ‘What’s missing in the Trident debate?’.