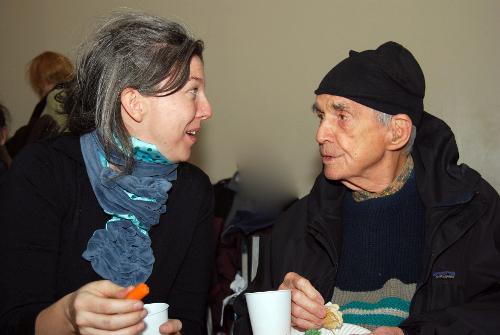 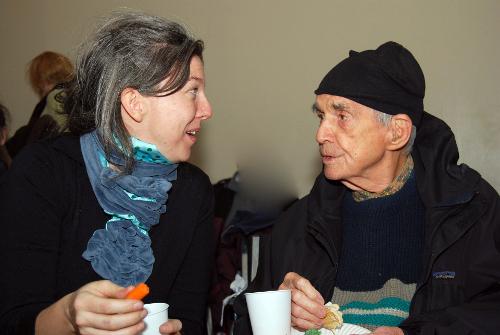 The death of Dan Berrigan, a week short of his 95th birthday, marks the passing of one of the 20th century’s most influential and inspiring Christian peacemakers. Certainly, he was the major source of inspiration – through his writings, innovative actions and wise presence – for my transition into radical activism.

Co-founder of both the Catholic Peace Fellowship and Clergy and Laity Concerned about Vietnam, in 1968, Dan travelled to Vietnam with activist Howard Zinn to welcome the release of three US prisoners of war. From inside an air raid shelter in Hanoi, he experienced firsthand the terror and devastation of US bombing raids.

This experience – and the radical nonviolent actions of his brother Phil – forced him to seriously reconsider his own contribution to ending the war.

On 17 May 1968, Dan, Phil and seven others entered a draft board in Catonsville, Maryland, emptied nearly 400 draft cards into a wire bin, took the bin outside and set fire to its contents with homemade napalm. ‘Our apologies, good friends,’ Dan declared in court, ‘for the fracture of good order, the burning of paper instead of children.’ In the wake of receiving a three-year prison sentence, Dan spent several months on the run, agitating for further radical nonviolent resistance to the war, and earning himself a place on the FBI’s ‘Most Wanted’ list.

Some 12 years later, having studied the text of the prophet Isaiah – who foretells a time when ‘they shall beat their swords into ploughshares’ –
Dan and seven others entered a General Electric plant in King of Prussia, Pennsylvania, and with household hammers dented the unarmed nosecones of several nuclear missiles. This was the world’s first-ever act of unilateral nuclear disarmament, and thus was born the loosely-knit international Plowshares/Ploughshares movement.

Of course, Dan’s life was not just high nonviolent drama. He was a priest, theologian, poet, public speaker and man of quiet service too. I was honoured to meet him on several occasions, and his warm-heartedness and sense of humour were as inspiring as his criminal record. Even in 2012, Dan was out on the New York streets in solidarity with Occupy Wall Street. ‘Faith is rarely where your head is at,’ he once said. ‘Nor is it where your heart is at. Faith is where your ass is at!’