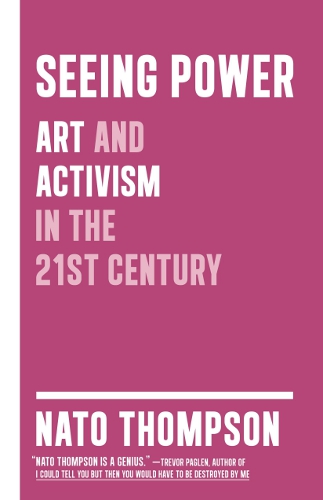 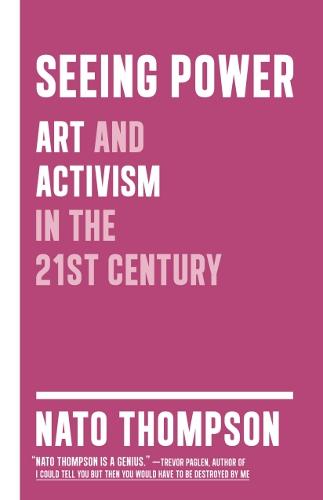 Seeing Power is a thought-provoking manifesto on the artist’s position within a system where making money is inextricably linked to producing culture. Setting out to critique the 21st-century culture industry, Thompson demonstrates how it ‘plucks the fruit of art and activism’s labors, ingests it, and regurgitates a new substance for a voracious and growing nest of consumers.’

Thompson asks: can art function outside the capitalist system? Is there such a thing as activist art? He approaches these questions by deconstructing our prejudices. On the one hand, didactic political art is accused of being too obvious – verging on propaganda – while ambiguous art is blamed for being ‘entertainment for the bored ruling class’. Thompson highlights how our conceptions of art and activism are limited by power structures within society. From art critics to institutions, magazines to ‘alternative’ art spaces, Thompson provides a skilful analysis of hegemony within the industry.

But his most important contribution is his insight that capitalism is ‘not only out there – in belching factories, in gleaming shopping malls, and in politicians’ offices – but also emerges from us and targets us.’ For active consumers and producers in our own web of social relations and desires, identifying power structures is all the more important.

To see power is therefore to understand how we are influenced by both the people around us and the spaces in which we circulate. But, Thompson suggests, there is also the potential to alter these infrastructures by reclaiming public spaces.

In his last chapter, Thompson draws on his own communal experiences, and his analysis of past Occupy movements, to underline how productive these truly radical spaces can be. Up against power and capital, organising around horizontality, mutual curiosity and individual empowerment can provide the next step for collective becoming.

Seeing Power isn’t only for artists and activists. It is for anyone willing to re-think their consumer habits and ready to identify the power structures that heavily influence our day-to-day behaviours.