Rosie Walker and Samir Jeraj, The Rent Trap: How We Fell into It and How We Get Out of It 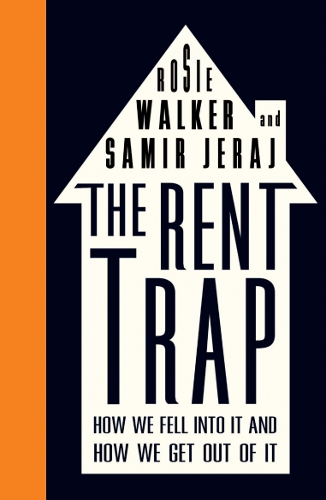 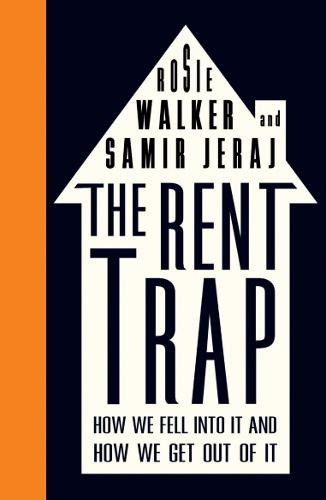 Renting from an unscrupulous private landlord can mean cold rooms, damage to your health and lack of privacy. Worst of all is the insecurity of a ‘no fault’ eviction, legal under Section 21 of the 1988 Housing Act, making it difficult for tenants to make long-term plans, or for their children to settle in school.

Drawing on their own careful research and one author’s personal experience of eviction, this book exposes the realities of living in privately-rented accommodation in the UK.

Through interviews with landlords, Walker shows how some homeowners in the UK’s most expensive cities consider themselves ‘accidental’ landlords, letting to a friend under an ‘informal’ agreement. For others it is just ‘common sense’ to charge as high a rent as possible and take advantage of people’s basic need for a place to live. Both, Walker argues, are turning the private rental market into what she aptly calls ‘the inequality machine’.

Several interviewees point to the lack of political will to improve conditions, even though private renters make up a fifth of households. Baron Best, a supporter of housing reform, is quoted as saying: ‘The government doesn’t want to put its hand in its pocket [to provide housing]. Private landlords allow them to turn a blind eye.’ This suggests it is an important moment for tenants to take action but, the authors argue, it is difficult for tenants to act collectively against so many different landlords.

In his background history, Samir Jeraj highlights moments when tenants did take direct action against landlords, such as the Glasgow rent strike of 1915, during the First World War. The strike, supported by the labour movement, spread to many other cities and was ultimately successful because workers were needed for factories supplying munitions. The government restricted rents to pre-war levels as a result.

This account – and the later example of the mass squatting movement of 1946 – raises the question of how today’s renters could be similarly supported, perhaps by the unions (as, we learn, has happened in Sweden).

Putting this book into the context of peace activism made me consider why, if war-time governments were able to impose rent restrictions, our own government can leave its own citizens to the mercy of rich and powerful landlords – and create policies that focus more on access to credit than making sure that all citizens are adequately housed.