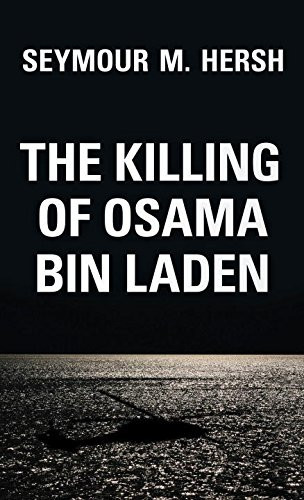 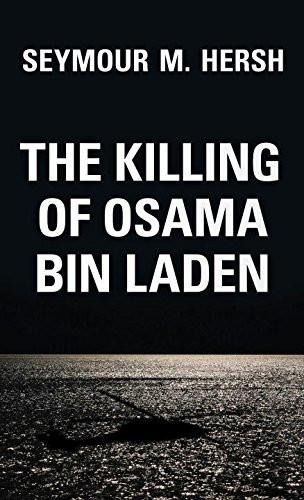 Citing senior – often unnamed – government, intelligence and military sources (there are no footnotes), Hersh’s version of events is significantly different from the official narrative pushed by Western governments and a supportive corporate media.

Though it gives its name to the collection’s title, the chapter on the assassination of the al-Qa’eda leader is arguably the least interesting to peace and anti-war activists. Rather it is his revelations about Western involvement in Syria and Libya that are the real bombshells.

According to Hersh, in 2011, the CIA, working with MI6 and funded by Saudi Arabia and Qatar, set up a ‘rat line’ to funnel weapons and ammunition from Libya to the insurgents in Syria. These weapons often ended up in the hands of jihadists, Hersh explains. Turning to the infamous August 2013 sarin gas attack, Hersh’s sources suggest that there is little evidence Assad’s forces carried out the operation, and that the Obama administration cherry-picked the intelligence just as the Bush administration did over Iraq. Hersh instead points to the Al-Nusra Front rebel group and Turkey as more likely culprits.

Though Hersh has a long history of uncovering the dark truths of US foreign policy – he broke the stories of the My Lai massacre in 1969 and the torture at Abu Ghraib prison in 2004 – the accessible reportage found here differs so radically from what we’ve been told that it’s difficult for the lay person to know what to think. Of course, the best way to check the accuracy of Hersh’s exposés would be for the mainstream media to follow-up on the stories, though this is unlikely to happen.

Furthermore, Hersh’s concern with the machinations of ‘high politics’, though necessary to understand, means activists need to do some work joining the dots to areas where they can most make a difference. For example, in a recent interview Obama noted that a ‘major factor’ in his decision to suddenly step back from military action against Syria in August 2013 – a decision mentioned in the book – ‘was the failure of [David] Cameron to obtain the consent of his parliament.’

As reports noted at the time, the outcome of the parliamentary vote was, in large part, a reaction to the unpopularity of the Iraq war. In short, in 2013, British public opinion played a key role in stopping another US-led war in the Middle East – a very hopeful and relevant analysis that Hersh’s otherwise important book doesn’t reveal.