Eula Biss, On Immunity: An Inoculation 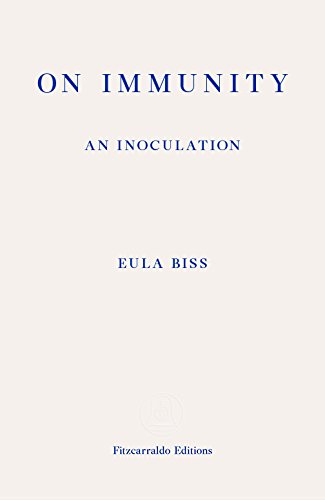 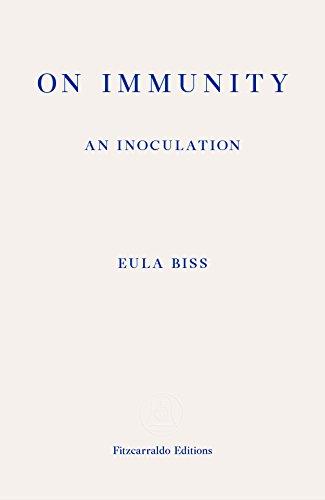 Before its use in the context of war and peace, the term ‘conscientious objector’ referred to someone who refused vaccination.

In 1853, Britain’s Vaccination Act made the vaccination of infants compulsory. Despite fines, imprisonment and the seizure of their property, vaccination was widely resisted by working-class people, who sometimes likened their predicament to slavery. Their resistance finally led to the introduction of a ‘conscience clause’ in 1898.

Early vaccine refusers were also ‘among the first to make legal challenges to the growing reach of police power in the United States’, ensuring that people in the US could ‘no longer be vaccinated at gunpoint, and perhaps also for the fact that women cannot be denied abortions’ (a 1905 supreme court case involving a vaccine refuser was cited in several important reproductive rights cases in the 1970s).

Nor were the refusers’ fears groundless. In the early 20th century, the US smallpox vaccine – the only vaccine routinely recommended at the time – ‘had serious side effects and was frequently contaminated with bacteria’. In 1901, one contaminated batch led to the deaths of nine children in Camden, New Jersey. The resulting school strike and refusal campaign played a pivotal role in the federal government regulating the (previously unregulated) manufacture of vaccines.

Then as now, Eula Biss writes in this beautifully-written and politically-savvy book, debates over vaccination were ‘often cast as debates over the integrity of science, though they could just as easily be understood as conversations about power.’

Nonetheless, she notes: ‘If it was meaningful then for the poor to assert that they were not purely dangerous, I suspect it might be just as meaningful now for the rest of us to accept that we are not purely vulnerable. The middle class may be “threatened”, but we are still, just by virtue of having bodies, dangerous.’

A writer of poetic non-fiction, Biss became interested in vaccination after her son was born, and she had to make the decision whether or not to inoculate him. ‘As I understood it then,’ she writes, ‘this was not a question of whether I would protect him so much as a question of whether inoculation was a risk worth taking.’

Her understanding would change, leading her not only to fully immunise her son but also to spend five years writing and researching this short book.

While rendering unto science the things that are science’s, it is also written ‘to and from the women who complicated the subject of immunization’ for her. Consequently it is, in large part, an exploration of the ‘labyrinthine network of interlocking anxieties’ about vaccination that are now so prevalent, ranging from the fear of toxicity (‘an old anxiety with a new name’) to ideas of the ‘imperilled “immune system”’ – a metaphor for ‘the prevailing sense of vulnerability of the human individual in a hostile world.’

Class is also an important factor.

A 2004 analysis of unvaccinated children in the US found that they were ‘more likely to be white, to have an older married mother with a college education, and to live in a household with an income of $75,000 or more’. ‘The belief that public health measures are not intended for people like us is widely held by many people like me’, Biss notes. ‘Public health, we assume, is for people with less – less education, less-healthy habits, less access to quality health care.’

Such ideas are hardly new, she notes: during the 1898 US smallpox epidemic, some whites liked to think of the disease as ‘Nigger itch’ or ‘Mexican bump’.

From Hippocrates’ theory of the ‘wandering womb’ to the ‘refrigerator mother’ theory of autism and beyond, ‘even a modestly informed woman squinting at the rough outlines of a compressed history of medicine can discern that quite a bit of what has passed for science in the past two hundred years, particularly where women are concerned, has not been the product of scientific inquiry so much as it has been the refuse of science repurposed to support already existing ideologies’, Biss notes.

Nonetheless, ‘where it is not built on domination, science can be liberating’ – and is essential for us to make informed decisions about the world.

In 1900, 10 percent of all babies born in the US would die before their first birthday. By 2007, that figure had dropped to 0.7 percent, with vaccination playing a crucial role in the shift. Smallpox – ‘the disease that killed more people in the twentieth century than all the century’s wars’ combined – has been eradicated as a result of vaccination.

Serious side effects from vaccines are rare, and vaccine manufacture is now one of the world’s better-regulated industries. Moreover, in the US, ‘vaccine safety is evaluated by periodic independent reviews’ and subject to continual surveillance through a national database that collects reports of side effects. (The awe-inspiring work of the unpaid medical experts who spent two years examining 12,000 peer-reviewed articles to produce an assessment of vaccine safety for the non-profit Institute of Medicine is detailed in one of Biss’ footnotes.)

The core principle of mass vaccination is ‘herd immunity’: ‘when enough people are vaccinated with even a relatively ineffective vaccine, viruses have trouble moving from host to host and cease to spread, sparing both the unvaccinated and those in whom vaccination has not produced immunity’.

In other words, ‘vaccination works by enlisting a majority in protection of a minority’, and this leads Biss to draw a politically and morally important lesson: ‘Those of us who draw on collective immunity owe our health to our neighbours... we are each other’s environment.’ Immunity, she writes, is ‘a shared space – a garden we tend together.’

Over the past 150 years, vaccination activists have both helped to improve vaccine safety and worked to undermine public health by attacking public confidence in vaccination. Even now, Andrew Wakefield – the British gastroenterologist, struck-off the General Medical Council in 2010 for his ‘dishonest and irresponsible’ research that purported to link autism with the MMR vaccine – continues to peddle his conspiracy theories with his recently released film, Vaxxed.

With its captivating blend of personal memoir, moral argument and fascinating scientific and historical details (did you know that ‘the cells that form the outer layer of the placenta for a human fetus bind to each other using a gene that originated, long ago, from a virus’?), On Immunity is not just an inoculation against Wakefield-style rubbish, but also probably the best book you’re likely to read this year.