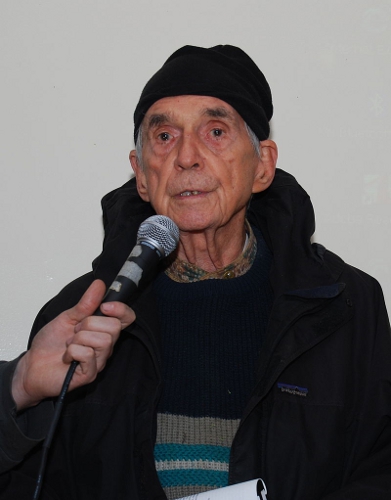 Words of wisdom from the late Daniel Berrigan 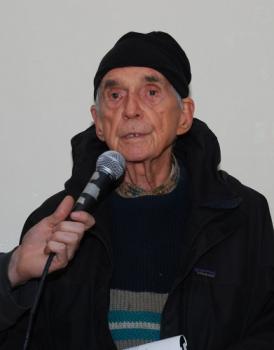 1) Don’t be afraid to be afraid or appalled to be appalled. How do you think the redwoods feel these days, or the whales, or, for that matter, most humans?

3) Keep your soul to yourself. (Soul is a possession worth paying for, they’re growing rarer.) Know that there is practically no public speech worth agreeing with or lingering over. Monks have a secret worth knowing.

4) When you go to jail, the first rule is ‘survive’. When you’re outside, the rule is roughly the same. As to the details of the formula, I don’t know. No one knows. But it’s useful to keep trying.

5) If you want to live for a while, do so. If you want to die, do so. Don’t heed those who weaken you in either task, urging you to ‘carry on’. Mostly, they want you around for a substitute, a mask, or a main dish.

6) As to your religion also, the rule is useful: keep your mouth shut. It’s no one’s business, pure effrontery, like: ‘describe your wife’s body’.

7) When asked to go public, go private. When possible, escape to the redwoods. When impossible, put up with things. Know ruefully that you asked for it.

8) About practically everything in the world, there’s nothing you can do. This is Socratic wisdom, pressure on the fulcrum Archimedes never came on. However. About a few things you can do something. Do it, with a good heart.

9) We’re in the era of busted banjos, all their strings sprung. Plunk away at one string. Better a backstoop single-string plunker than a mute inglorious Milton.

10) Do what you want to do, often. Do what you don’t want to do, just as often. ‘Often’ is the word to watch. Watching it, wants and non-wants stay in place, which is secondary.

An extract from ‘Finally – I Pledge Allegiance to Forty-Seven Graffiti: A Declaration of Dependence’, in Daniel Berrigan, Ten Commandments for the Long Haul (Wipf and Stock, 2009, reprinted from 1981)