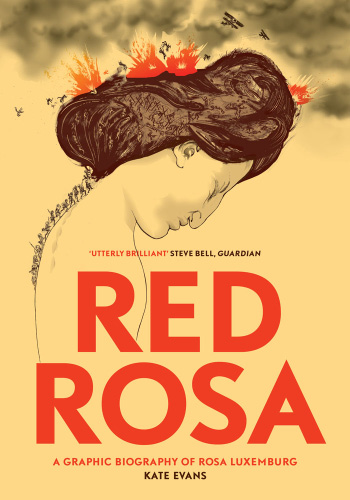 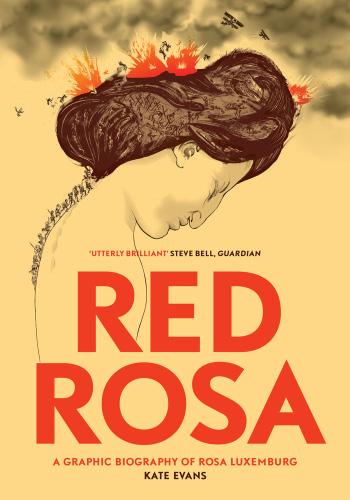 The extraordinary life of Rosa Luxemburg – Marxist economist, cat-lover and legendary figure of the revolutionary left – is given a memorable graphic novel treatment in Kate Evans’ latest book.

A ‘fictional representation of factual events’, it takes us from her childhood in Poland (tasked by her school with writing a poem for the visit of the German kaiser, she produced one attacking ‘that creeping toad Bismarck’), through her pre-First World War revolutionary agitation in Poland and Germany (which led to her imprisonment in the Warsaw citadel), to her opposition to the First World War itself (during which she was interned by the German government as a threat to the state) and her murder in 1919, at the age of 47, during the suppression of Germany’s post-war revolutionary upheavals.

There are 34 pages of dense endnotes (which took me as long to read as the rest of the book), which give full explanations of ‘any deviation from the historical record’, as well as extensive quotes from Luxemburg’s own writings and a wide range of other information, ranging from a link for a YouTube video illustrating how Luxemburg (who suffered from uncorrected congenital hip dysplasia) might have walked, to ‘the textual authority for Luxemburg achieving orgasm’.

A fair amount of space is also given over to explanations of Marxist economics and some of Luxemburg’s own work in political economy.

Rightly or wrongly, I’m sceptical about the current relevance of Luxemburg’s theoretical explanations, either for the financial crises that plague capitalism, or for the latter’s role in the origins of the First World War. However, for me, it is Luxemburg’s ethical response to the world in which she found herself – and her commitment to (in her own words) ‘burden the conscience of the affluent with all the suffering and all the hidden bitter tears’ of the oppressed – that remains her most inspiring legacy for today’s activists, and which Evans’ book captures so vividly.

A staunch anti-militarist (in 1913 she was sentenced to a year’s imprisonment for urging a crowd not to murder ‘our French or other foreign brothers’ in the event of a war) and opponent of the First World War, Luxemburg also spoke out bravely against colonialism, giving the lie to the oft-repeated excuse that human sensibilities were somehow radically different 100 years ago.

Thus, during the 1911 ‘Morocco crisis’ she condemned her own German Social Democratic party (SPD), in the pages of the Leipziger Volkzeitung, for a leaflet it had produced justifying its failure to organise against the possibility of an imminent war: ‘In the whole of the leaflet there is not one word about the native inhabitants of the colonies, not a word about their rights, interests and sufferings because of the international policy’, she wrote. ‘The leaflet repeatedly speaks of “England’s splendid colonial policy” without mentioning the periodic famine and spread of typhoid in India, extermination of the Australian aborigines and the hippopotamus-hide lash on the backs of the Egyptian fellah.’ She was equally critical of Germany’s own pre-war atrocities.

A human being, rather than a plaster saint, Luxemburg was also, as one would expect, a woman of contradictions. As Evans notes, like the rest of the upper echelons of the SPD, Luxemburg’s ‘sympathies with the trials of the working classes didn’t extend to their personal lives’, and she not only employed servants but also appears to have treated them fairly strictly. ‘It is possible,’ one biographer has written ‘that Luxemburg’s only real contact with the working class may have been through servants and [her] audiences applauding’.

A true labour of love (Evans read everything by Luxemburg that she could find in English translation, and – as Evans herself says – 19th-century socialists sometimes seem to have been writing as if they were being paid by the word), Red Rosa features some stunning images and many memorable scenes. And if it ultimately doesn’t quite reach the heights of Evans’ earlier masterwork, Copse: The Cartoon Book of Tree Protesting, that is certainly no criticism.