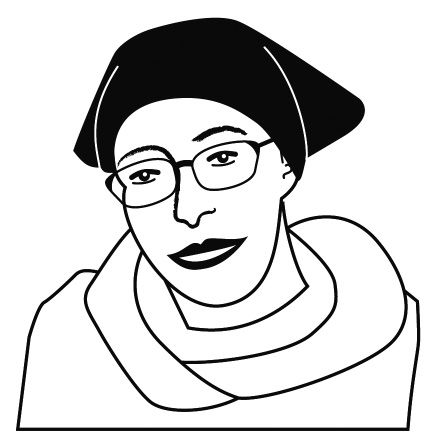 I would like to tell you about some help Geoffrey Carnall gave to me some years ago when I was researching songs and stories to celebrate 50 years since the founding of the Scottish Campaign for Nuclear Disarmament (SCND).

I was volunteering at the Edinburgh Peace and Justice Centre at the time, where Geoffrey was on the management committee, and he was always interested in the treasure of songs and stories I was gathering. He always asked me to sing them and joined in softly but enthusiastically just as soon as most songs began.

Geoffrey was a peace activist in the early days of CND, and many years beforehand, and was a great mine of everyday information from this time. I have a copy of the ‘official’ songsheet from the first Aldermaston march in 1958, which had nine songs on it.

The songsheet begins with a note that ‘these songs have been selected and approved on behalf of the Aldermaston March Committee as a means of expressing the spirit and purpose of the march’. It asked marchers and musicians ‘to sing only the songs on this sheet’. The march lasted four days! You won’t be surprised to hear that this was not strictly adhered to by the diverse and radical people taking part on this march.

One of the early pieces I was struggling to find was the tune for ‘A Mighty Song of Peace’, which is a cumulative song – an extra word is added each time round and the song gets more and more difficult to sing, but is good fun to have a go at, ending with ‘a mighty song of freedom, friendship, justice, unity and peace will soon be ringing....’

Geoffrey remembered singing this and sang me the tune of it. His remembering of the song was so vivid that I asked him to write the introduction to that song on the songbook to bring it alive for people.

He wrote: ‘The Aldermaston song that comes back to me most powerfully is “A Mighty Song Of Peace Will Soon Be Ringing All Over This Land”. On the second march, in 1959, it was repeatedly and inspirationally sung. On Easter Sunday it became very rainy in the late afternoon, and I decided that I was not going to sleep overnight in a school room, but would go back to Hampstead, where I was lodging at the time. I caught a District Line train to take me in the direction of Euston, and sat in an almost empty carriage, soaked to the skin and blissfully happy. The tune of the mighty song was somehow woven into the noise of the train so that the song seemed to me to be reverberating through the entire network of the London Underground. And this wasn’t entirely an illusion. The march was so big and so determined that we felt the world had to take notice. Disarmament was no longer a marginal issue, something for insignificant eccentrics; it was up at the top of the political agenda. The establishment might carp at it, ridicule it, but it could no longer ignore it.’

I heard a version of ‘A Mighty Song of Peace’ a few years later, and the tune was quite different to Geoffrey’s version, as happens when songs pass from voice to voice. I’ll always sing Geoffrey’s version. It’s full of heart.

It is so many years later now, getting on for 60 years, and we are still having to march to make visible our opposition to nuclear weapons.

There will be a (hopefully) massive Stop Trident demonstration in London on 27 Febuary to show just how many people care about this issue, who want to build a future of peace rather than wage war.

I’ll be singing alongside many voices on this march for peace, this march for life and humanity. Will you lend your voice too? I hope so. There will be a massed choir comprised of singers from the Campaign Choirs Network coming from London, Edinburgh, Cardiff, Leicester, Calder Valley and more besides.…

If you’d like to join singers on the Stop Trident demo, just send me an email and I’ll make sure you have a songsheet and details about where to meet. Likewise, if you know of any upcoming Radical Music events, please let me know and I’ll include as many as I can here in each issue. Contact me at singlouderthanguns@gmail.com.