Iraq: between despair and hope 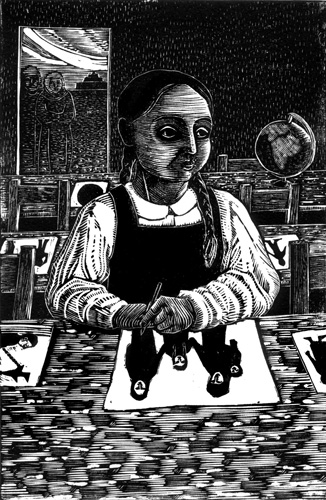 A US peace activist returns to Iraq after nine years. 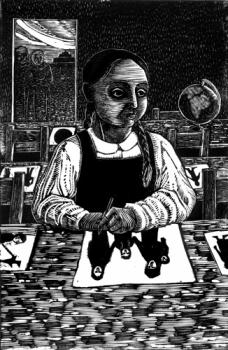 21 October, Najaf: I had mixed emotions as I set out on this six-week trip. Excitement at the thought of seeing old friends; I have not been back to Iraq since late 2003. But also some apprehension as to what I will find after such a long time.

I am hopeful that I can meet with Iraqis whom I know from Syria but who have had to flee back to Iraq.

The twisted mass of electrical wires in the neighbourhood where I am staying evokes memories from post-invasion days in Baghdad, when the electrical system was down and the deafening noise of generators was everywhere. It is nine years later and people still have no functional electrical grid!

The city electricity costs a family about $5 to $10 per month, while the local men who run the local back-up generators every couple of blocks, I’ll call them ‘bosses’, get perhaps $50 per month from the same family. The hands of the ‘bosses’ are gripped in a tight handshake with the higher-ups of the municipal electrical system. And it is no secret that this is the reality nationwide.

25 October, Najaf: I have just spent some days in Karbala visiting a good friend of ours there and getting to know his dear family. In both my going from and my returning to Najaf, I was moved by the sight of pilgrims walking on the side of the road to Karbala.

Everyone in Karbala opens their houses to these travellers. Food is cooked, tents are set up, first-aid stations readied, washing machines brought outside for pilgrims to use. Things like socks and T-shirts are purchased, as are lentils, fruit and rice. Sheep are slaughtered. Even massages are given to the aching and weary. Somehow it all works.

I was profoundly saddened by the depth of the resignation of the young Iraqis I met. One high school teacher from an outlying area said: ‘The war has turned humans into beasts. The students are angry, violent and aggressive…. they no longer have principles or respect.’

A third year university student told me: ‘The war is not over. The war continues. Everyone has hope for the future, but we do not have hope.’

4 November, Baghdad: Yesterday was a beautiful autumn day in Baghdad. As I was visiting families in widely-different neighbourhoods, I was able to traverse a large part of the city. I looked with eyes that have not seen Baghdad for nine years. Today, it is a city of stark contrasts. Bright new autos wherever one looks.

One of my hopes on this trip is to visit Iraqi families who have had to return from Syria. Having fled the violence in Iraq, they came to Syria where I met them as refugees. Now they are threatened once again, and there are no countries willing to take them. Many have returned to Iraq, and we are anxious to know how they are doing.

The second family we visited had arrived only two weeks ago to their newly-rented apartment, a two-room dwelling reached by rather treacherous metal stairs. They are paying $500 a month (includes electricity and generator costs), using money borrowed from both sides of the family. I was appalled by the amount.

The family fled Syria in August 2012. The mother and children looked exhausted, especially the mother. She cries each day.

Except for the little toddler who doesn’t know me, the children greet me warmly. The oldest son was traumatised by the war in Iraq. The youngest son whom I have known for at least four years now has a visible facial twitch. Their baby girl is 15 months old. She too is pale and thin.

The government has promised each returnee a sum of money, four million Iraqi dinars ($3,200). This family hasn’t received a penny. They owe money. The father is looking for work. ‘People have changed,’ the father said sadly. ‘The war has destroyed the inside of humanity.’

7 November, Baghdad: We were caught in heavy traffic going across town to visit a family. In the car, I talked to ‘Sarah’, 23, who was to be my translator for the first time. ‘People have changed’ she told me. ‘They think of themselves. It is not good. Things have gotten worse. Children eight and 10 years old think of weapons and killing. They do not have the thoughts of children.’

Sarah wants to be a teacher. ‘Has the mass exodus of the professional class affected the schools and universities?’ I asked. ‘Of course,’ Sarah replied. ‘My own university professors didn’t really teach. They just went by the book. The good teachers have left the country.’ Because she loves the English language, she wants ‘to teach the new generation in the right way, not as my teachers taught me. I want to do good, to positively affect society.’

‘I have hope for the future’ she said, ‘and I wish the goodness in people becomes greater than the evil. Iraqi people are very kind, but after the war many changes happened in the psyche.’

‘What are your hopes for the future?’ I asked.

‘I hope that I can get a job, make a good family in good circumstances.’

‘And what would those be?’ I asked.

‘Safety of course,’ she replied. ‘And that the behaviour of people will become better.’

‘How do you see that change happening?’ I asked. ‘By improving basic services,’ she said. ‘The government pays a lot of money for projects that don’t serve the people. They should fix the electrical system, the water system, the roads, and make jobs for those who graduate. If there are no jobs, there will be stealing and killing.’

I raised the subject that everyone I meet speaks of — corruption. ‘There is corruption inside of every ministry,’ she said. ‘Change has to come from inside the government itself.’

We spoke about faith. I told her that a young woman, her age, who is studying in Kurdistan told me that she believed only faith can help Iraq. Sarah responded, ‘Many people stand behind a curtain of faith. A pure faith is necessary. Many people talk about religion, but inside they are empty. Faith has to be visible and true.’

This is one of the reasons why I have hope for Iraq. Sarah is her name.

…and then there is Ahmed, and Dhuha, and Firas, and Hakim, and Heba, and Mohammed….

I greet you warmly from Iraq.

These are edited excerpts from Cathy’s reports for VCNV US: www.vcnv.org