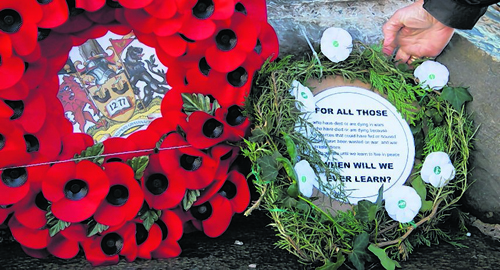 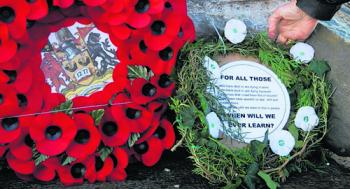 Newport made history on Remembrance Day, when a white poppy wreath was laid alongside red poppy wreaths on the invitation of the local British Legion branch, after being approached by Wales Green Party leader, Pippa Bartolotti.

In Aberystwyth, the town council laid a white poppy wreath for the ninth year running, and the town of Narberth held a remembrance service for all victims of war, laying a white-and-red poppy wreath.