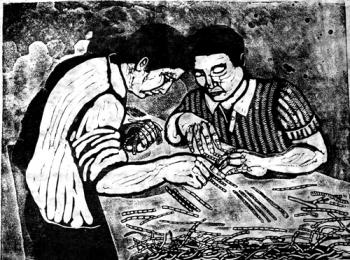 Shredded Truth: CIA Documents — After the Iranian revolution, Iranian students seized the US embassy in Tehran in November 1979. Although US intelligence officials had shredded confidential documents as the building was being occupied, many of these memos

After a long phoney war, it seems likely that in the next 12 months there will be a serious confrontation between the US, the UK and Israel, on one side, and the Islamic Republic of Iran, on the other. The real dangers, however, are not the ones usually pointed to.

As we have pointed out in PN several times, it was never likely that the US would engage in direct military action against Iran during 2012, for the simple reason that it would be counter-productive politically for US president Barack Obama as he sought re-election in November.

If the action had been seen as unsuccessful, it would damage him; if it was seen as successful, his opponent, Mitt Romney, would accuse him of political manipulation. It was a no-win situation.

It remains unlikely that, during 2013, the US will unilaterally, pre-emptively strike Iran, or that it will permit Israel to carry out an air strike.

The likely benefits of a single airstrike are almost non-existent, and the costs, which include the destabilisation of the Middle East and significant damage to Gulf oil supplies, could be huge.

Commentators agree that Israel is not capable of setting back Iran’s nuclear programme by more than a year or so, using conventional weapons. According to an analysis by Anthony Cordesman, one of the best-informed military analysts in the US, it would take a colossal multi-strike campaign by the US, supported by the Gulf states, to be confident of setting back the Iranian programme by more than five years.

According to Cordesman, there is a belief among some analysts that the only way to be sure of destroying Iran’s deeply-buried facilities is to use nuclear warheads, what he calls ‘low-yield, earth-penetrating nuclear weapons’. Cordesman lists this as an ‘Israeli preventive strike option’.

Also in September, several reports suggested the use of a nuclear weapon indirectly to disrupt Iran’s military (and civilian) infrastructure, by exploding an Israeli nuclear warhead high over Iran to create a massive electromagnetic pulse. This gamma-ray EMP would not create radioactivity or blast damage at ground level, but could knock out the country’s power and communications systems, and destroy all other unprotected electrical devices.

The use of nuclear weapons against Iran, either by Israel or the US, is unlikely. However, the situation has become volatile, and there is a growing risk that an unintended confrontation could spiral out of control.

The dangers have been increased by devastating US-imposed economic sanctions on Iran, and by years of US-Israeli covert operations inside Iran (assassinating nuclear scientists, sponsoring al-Qa’eda-type terrorist groups, developing and launching sophisticated computer viruses in the world’s first cyberwar).

The US is also pouring in military assets, including a special operations amphibious assault ship and four more minesweepers to add to the armada already in the Gulf (including two aircraft carriers).

There are ambiguous signals from the British government, but there was a significant leak at the end of October. The Guardian reported that the attorney general had drawn up a legal opinion that ‘The UK would be in breach of international law if it facilitated what amounted to a pre-emptive strike on Iran’. According to the Guardian, the UK has rebuffed US requests to use British bases for such military action. It remains to be seen whether this refusal is principled and steadfast.

Emily Johns and Milan Rai will begin blogging about Iran for JNV, and writing for PN, in February. Emily travelled to Iran in 2007 and created an exhibition: ‘Drawing Paradise on the Axis of Evil’, available online: www.j-n-v.org. Anthony Cordesman and Abdullah Toukan, Analyzing the Impact of Preventive Strikes Against Iran’s Nuclear Facilities, CSIS, September 2012: www.tinyurl.com/peacenews778