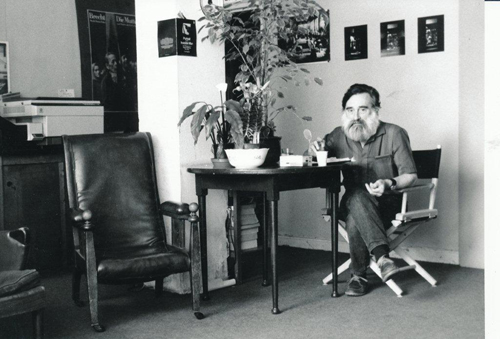 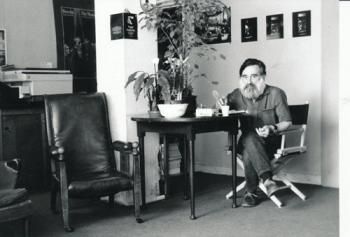 Born in Hull and raised in Hackney, Dai Vaughan was a teenage poet when in 1951 he attended the opening of Britain’s National Film Theatre in London. He recalled: ‘That you could see shots or images as a complex metaphor was a revelation.’

His breakthough as an editor came after working with fellow London Film School alumni Jane Wood and David Naden on Gala Day. Filmed in 1962, using mute hand-held 16mm cameras, Gala Day’s structure and use of unsynchronised sound was a breath of fresh air. That experience, and editing a Labour Party film The Challenge (1964), led to Jane, David and Dai forming a ‘semi-co-operative’ – David Naden Associates. Dai: ‘We started in 1965 and we folded in 2005.’

He edited more than a hundred documentaries for strands like Arena, Disappearing World, Omnibus, This England and World in Action. BBC producer Mike Dibb: ‘He was not interested in excuses and rationalisations. What mattered to Dai was what he saw on the screen and what it meant (or didn’t) to him.’ Director Mike Darlow: ‘In an intensely quiet way he was simply, both technically and creatively, the best film editor I ever worked with.’

Throughout his film career Dai was writing poems, novels and non-fiction. His first book, Portrait of an Invisible Man, The Working Life of Stewart McAllister, Film Editor (1983), was a lament that so much film literature failed to comprehend the notion of collaboration. His novel Moritur (1995), whose main character is a film editor, ‘dazzled and disturbed’ the critic Gillian Beer. Totes Meer (2003), a tale taking in stone age technology and the French Revolution, led Neal Ascherson to name Dai ‘one of the most imperiously intelligent fiction writers alive.’

His life included joining CND marches, supporting the anti-apartheid movement, paying subs for families during the 1984 miners’ strike, demonstrating against the Iraq war and always subscribing to PN.

In the twenty-first century, as British television documentaries became strait-jacketed and dominated by overweening commissioning editors, Dai’s editing work dried up. Asked about his favourite documentary he replied: ‘To ask me to talk about it now is like asking someone to talk about a lover who’s suddenly walked out on them after 40 years.’ He kept on writing.

Seriously ill, his spirit was heartened by the care of friends, by the Royal Institute of Anthropology honouring him with a lifetime achievement award and the appearance of another book, Sister of the Artist (2012). On 6 June, he died of pancreatic cancer in London’s Royal Free Hospital.