David Graeber and David Wengrow, The Dawn of Everything: A New History of Humanity 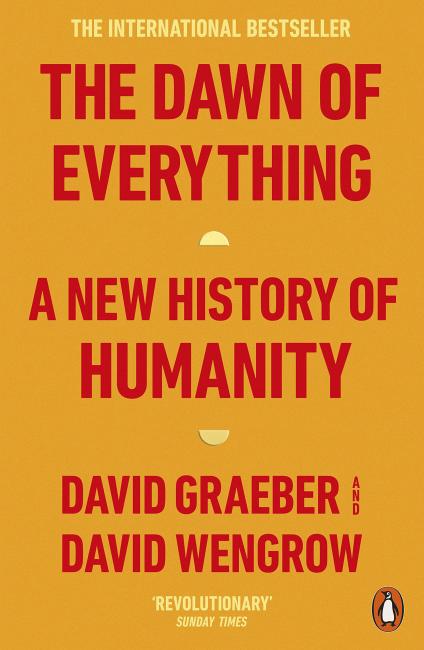 Often playful and accessible in style, The Dawn of Everything guides readers on an ambitious intellectual adventure through thousands of years and across continents. Open the book at any page and you will instantly get drawn into fascinating accounts of states that are not states, vanishing cities, kings with no authority, clown policemen and other lively confusions.

In Discourse on the Origin and Foundation of Inequality among Mankind (1754), Jean-Jacques Rousseau saw human history as a fall from grace from the moment that people began to grow crops and laid claim to property.

Earlier, Thomas Hobbes had argued the opposite, that life in early human history was ‘nasty, brutish and short’ and that humans have always acted in self-interest.

Both views have had a lasting political impact, according to David Wengrow and the late David Graeber – leaving us ‘stuck’ with the idea that injustice and the loss of freedom are inevitable.

Graeber and Wengrow challenge Rousseau using testimonies from early explorers, such as the Spanish Conquistadors and eighteenth-century Jesuits, as well as evidence from discoveries in Egypt, China, Mesopotamia and Europe.

Early explorers assumed that outside of Europe people were living in a state of child-like innocence, without conscious organisation. In fact, we learn, societies in the Americas sought to preserve three basic freedoms: to disobey authority, to move freely and to make new associations.

The freedom to move also implied that the traveller could expect hospitality on arrival.

The authors also consider how attitudes to violence and care found among indigenous people in North America differed from those in Europe. For instance, while the Wendat inflicted horrific violence on captured prisoners, they never punished their own people and indulged their children.

In one of the first critiques of European society, Kandiaronk, of the Wendat (Huron), expressed horror at the brutality he witnessed French rulers inflict on their own people. The authors see confusion between domination and care as a major source of inequality and suffering today.