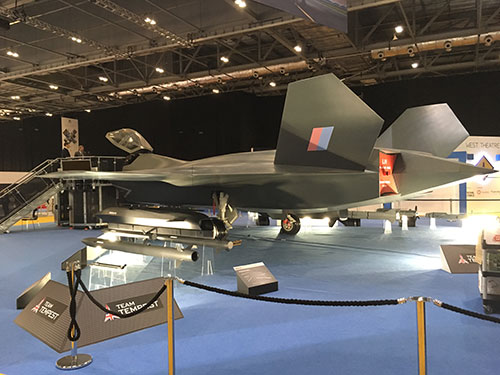 Despite pleading from defence secretary Ben Wallace, there was no increase in British military spending in the government’s November budget (officially an ‘autumn statement’).

Wallace, a popular Conservative MP, had previously warned that he would resign if the government did not commit itself to increasing military spending to three percent of GDP. (British spending has been at the NATO target of two percent of GDP.)

Chancellor of the exchequer Jeremy Hunt instead said on 17 November that ministry of defence (MoD) spending plans would remain, for the moment, what they were before the Ukraine War.

In other words, military spending is rising slightly faster than inflation.

Hunt said there would be no change in these plans until a new military strategy review had been carried out, which would then feed into the spring budget in March.

This means there is a short window of opportunity over the next few months to press for cuts rather than increases in military spending.

The UK branch of the Global Campaign on Military Spending (GCOMS) points out that, despite pandemic and economic crisis, this parliament has seen: a £24bn increase in the military budget (the largest percentage rise in almost 70 years); the cap on the number of British nuclear warheads increased by 44 percent; aid to the world’s poorest cut by 30 percent; and a historic drop in UK living standards.

“We’re struggling to pay the bills and heat our homes. Let’s not put up with funding war!”

On the basis of an earlier budget, GCOMS UK says that, for every £1 Britain spends on reducing UK carbon emissions, we spend £7.40 on the military.

GCOMS UK discussed all these issues at its AGM on 30 November and will no doubt be announcing its plans soon.

The Peace Pledge Union (PPU) has already sprung into action, organising a petition and holding a demonstration at the ministry of defence on 3 December, all on the theme ‘Fund Heating, Not Bombing! Slash military spending to tackle the cost-of-living crisis!’ Their message is ‘We’re struggling to pay the bills and heat our homes. Let’s not put up with funding war!’

The PPU argue that ‘defence’ spending doesn’t defend us: ‘It makes us all less safe by stirring up military tension, distracting our focus from non-military solutions to conflict and diverting vital resources away from tackling the threats that we really face, including poverty, pandemics and climate chaos.’

One element of the debate will be arguing against setting the three percent of GDP goal. The Telegraph warned on 11 November: ‘Analysis suggests that to reach the target the MoD budget would have to jump from around £48 billion this year to £93 billion in 2030, just as a major Whitehall spending squeeze is coming.’

It seems very unlikely that the government will make this commitment, but it will be argued for within Conservative circles. Malcolm Chalmers, deputy director-general of RUSI, the military think tank, told the Telegraph in October that, in order to achieve three per cent of GDP by 2030, there would need to be a 60 percent real terms increase in total defence spending.

‘For that scale of increase, you’re not only talking about better equipping the current force structure with better ships and aircraft, but also expanding the force structure – which means more regiments, squadrons and people than we currently have.’

Chalmers said that, in order to reach the three percent target, ‘a long run-up time’ was needed, to build up skilled service personnel and factory workers. Keeping the target as ‘aspiration for eight years from now’, while making real terms cuts in the next two or three years did not make sense.

What would you cancel?

We asked some peace organisations what MoD projects they would nominate for cutting, and how much might be saved by 2027 (the date set by the government’s national debt ‘fiscal rule’).

Tempest is not just a stealth fighter aircraft with direct energy and hypersonic weapons, it will also lead a swarm of AI killer drones.

So far, the UK has committed £2bn to development of the programme, but RUSI’s best estimate of the likely cost of development and manufacture of the system, adjusted for inflation, is £34bn.

If the whole Tempest programme was cancelled immediately, there might be some cancellation fees written into contracts to do with producing the demonstrator aircraft.

Chris suggests that, even being pessimistic about possible cancellation fees, we might be able to ‘save’ £30bn by cancelling the entire Tempest programme. However, these savings would be over the period up until 2035.

Much less would be ‘saved’ by 2027, when the demonstrator is due to be finalised and which is the government’s financial target date.

The Campaign for Nuclear Disarmament (CND) suggested cancelling the replacement programme for Britain’s Trident nuclear force. HMS Dreadnought, the first new nuclear missile-carrying submarine, is due to enter service ‘in the early 2030s’.

CND estimates that cancelling the Dreadnought submarine programme would save £10bn between January 2023 and 2027.

In May 2022, an MoD press release announced over £2bn in contracts for Dreadnought in 2022. CND thinks these contracts are issued on an annual basis.

If the Dreadnought programme was cancelled in December 2022, there would be five years of savings by 2027, making £10bn in total.

CND says: ‘That’s before looking at savings on other associated programmes connected with Britain’s nuclear weapons.’

What about cancellation fees? CND thinks that the annual contract system is being used to keep the sub builder, BAE Systems, on a tight leash.

They also point out that the government was able to cancel the management contract for Britain’s nuclear weapons factories (the atomic weapons establishment or AWE) without paying a cancellation fee – despite the fact it was scheduled to run for another four years.

On that basis, CND think there won’t be any cancellation fees that would affect the £10bn saving by 2027 from cancelling the Trident replacement submarine programme.

A GCOMS briefing on the 17 November autumn statement: www.tinyurl.com/peacenews3977