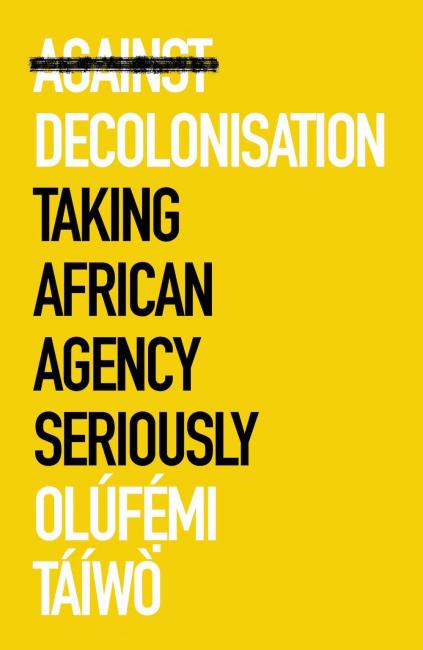 Why would a Nigerian philosopher be against decolonisation? Olúfémi Táíwò explains that, in Africa, ‘decolonisation’ means two very different things.

Decolonisation1 is simple: a colony gains its independence and becomes self-governing.

Decolonisation2, on the other hand, means the ex-colony throwing out ‘any and every cultural, political, intellectual, social and linguistic artefact, idea, process, institution and practice that retains even the slightest whiff of the colonial past’.

This includes: ‘liberal representative democracy’, ‘the importance of governance by consent’, ‘the presumption of innocence’, ‘the sovereignty of the individual and the impermissibility of state intrusion upon it without serious justification’, ‘the freedom to believe or not believe in any faith, the freedom to determine who rules over [you] and to set limits to that rule’.

These principles and institutions are tainted by their association with European colonialism, according to the decolonisers, and must therefore be dumped.

Táíwò has two answers to that. Firstly, many of these things arrived in Africa (and were argued for by Africans) before European colonies were set up. (See his 2010 book How Colonialism Preempted Modernity in Africa.)

Secondly, many of these ideas were used as levers for change by national liberation movements during Africa’s ‘first freedom struggle’ (for decolonisation1). These principles and practices should be freed of their oppressive aspects and embraced in Africa today, because they are based on universal values, Táíwò suggests.

He points, for example, to Nelson Mandela’s arguments to the court during his 1961 treason trial. Mandela did not rely on ‘traditional’ African legal principles to demolish the South African government’s prosecution case; he called on modern liberal political philosophy – the very principles ‘that our decolonising scholars love to defame’.

These kinds of ideas also lay behind the Tunisian uprising of 2010 and ‘the Arab-African Spring’.

Táíwò says Africa is going through its ‘second struggle for freedom’: millions of people have been demanding that ‘the state, run by the people from within their own ranks’ should serve and respect them, and that ‘the integrity of the person [should be] held sacrosanct by the state, its agents and their fellow citizens’.

Decolonisation2, which rubbishes such ‘colonial’ ideas, cannot be helpful in this struggle. It can only distract and undermine.

Against Decolonisation is a valuable, thought-provoking, fiery book.

Confusingly, there are two philosophers based in the US called ‘Olúfémi Táíwò’. The Nigerian author of Against Decolonisation teaches at Cornell university in New York state, while African-American scholar Olúfémi O Táíwò (author of Elite Capture and Reconsidering Reparations) teaches at Georgetown university in Washington DC.