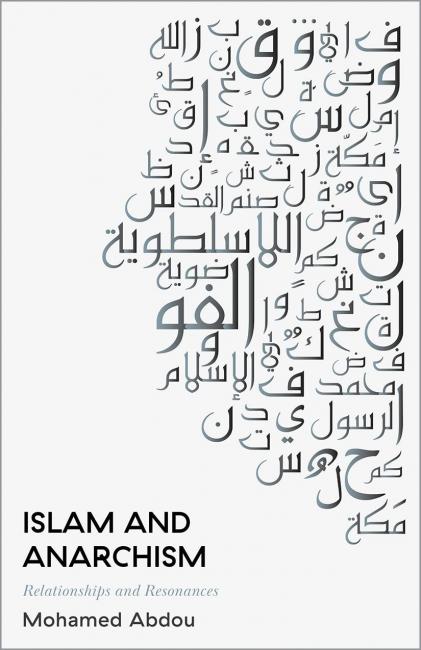 This book shakes things up!

It also opens a space for dialogue, welcoming Muslims, anarchists and anyone engaged with creating a just, peaceful world.

It attempts to offer a vision for building a community of mutual partnership, as an alternative to nation-state structures, capitalist or otherwise. Such a community is inclusive of diverse faiths and spiritualities and grounded in shared, lived, ethico-political values. It also engages with justice in relation to indigenous land.

So, what of Islam and anarchism – two ideologies seemingly unrelated, yet both often poorly understood?

Abdou appreciates both. At the same time, he points to existing limitations among anarchists and Muslims, both within themselves and in their perception of each other’s traditions.

Drawing on sources including the Qur’an, Abdou claims that anarchism and Islam are actually entirely compatible. He formulates an ‘Anarcha-Islam’, which offers practices supporting egalitarian co-existence and the overcoming of authoritarian tendencies.

A key emphasis is the need for a radical ‘decolonial’ approach to social justice and community-building. In this, Abdou is inspired by indigenous communities such as the Zapatistas in Chiapas, Mexico.

He also consistently points out how colonialism, fascism, and white supremacy exist within each of us, including in progressive movements. As an example, he cites the decision by the ‘Occupy’ movement to call itself ‘Occupy’.

This analysis invites us to look at the less conscious motivations behind our choices. Abdou emphasises education, self-reflection and the need for the ‘violent unsettling of internalised “cultures of whiteness”’ as part of the process to undo such conditioning.

For Muslim activists, he also offers an alternative to both the moderate Muslim who is assimilated into the capitalist state and the militant ‘jihadist’. Through Anarcha-Islam, Abdou claims, Muslims can participate in constructing an egalitarian alternative to capitalism, while still being inspired by their faith.

The author is a North African-Egyptian Muslim activist-academic who participated in the 2011 Tahrir uprisings in Egypt and who draws on a range of sources. They include radical Black, indigenous, people of colour (BIPOC) and queer-feminist sources, for instance.

Abdou is also open in critiquing well-known Muslim scholars, as well as liberal-left social movements whose values Abdou considers to be assimilated within the idea of nation-state forms of governance.

While I congratulate him for distilling extensive research into a single text, I found some of the language to be quite academic. There were times when I heard myself commenting: ‘Surely there’s a simpler way to say this!’

That said, Islam and Anarchism is a fascinating, very nuanced book.

For more accessibility, the academic terms could be unpacked, and a glossary included. (There’s still room for a beginner’s guide to the subject.) There is a helpful index and rigorous referencing in a section at the back where some ideas are elaborated further.

As an anarchist-leaning Muslim, I applaud Abdou for challenging a common belief in Muslim communities: the need for a single authority figure.

He describes Anarcha-Islam as condemning allegiance to anyone, whether a sheikh, imam, state, our ego, and so forth. He highlights a core Islamic concept, tawhid, whereby absolute authority is given to God alone.

In outlining Anarcha-Islam, Abdou describes additional ‘anti-authoritarian’ concepts and how, in Islamic history, their practice gradually withered, leading to the rise of authoritarianism.

Abdou’s position on nonviolence is that it is the default position. He also argues that the oppressed have the right to armed self-defence, and points to Islamic history in Mecca and Medina to illustrate examples of both: the latter within strict ethics, in stark contrast to armed conflict today.

Abdou also argues, from a Qur’anic perspective (and some Muslims may not be in agreement!), that it is less important whether one identifies as Muslim or not.

Prophet Muhammad (peace be upon him) formed a community in Medina based on social justice and mutual co-operation. This community (or Umma, as Muslims call it) was made up of both Muslims and non-Muslims, with shared ethico-political commitments, Abdou points out.

Abdou adds that one’s identity – be it Muslim, anarchist or whatever – does not in itself entitle any individual to belong to the Umma. What does matter is one’s lived commitment to radical, shared values and to one another and to non-human life.

I am aware there is a possibility that this review hasn’t done justice to or may have subtly misrepresented some aspects of the book. While I’ve attempted to understand exactly what was said, I may have only come a little closer, without fully arriving.