Craig Whitlock, The Afghanistan Papers: A Secret History of the War 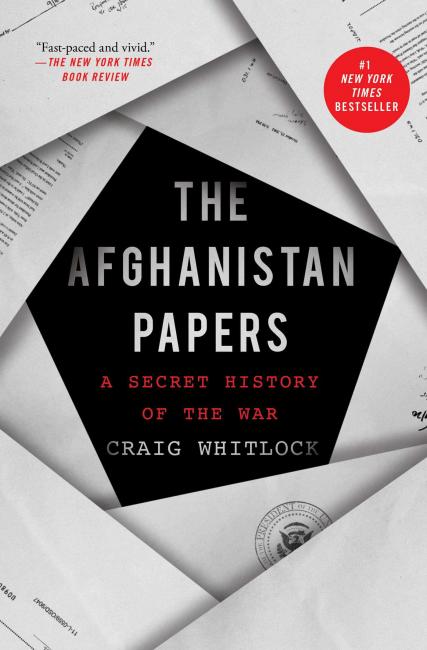 In 2019, the Washington Post published a treasure trove of documents proving that ‘US officials had repeatedly lied to the public about what was happening in Afghanistan, just as they had in Vietnam.’ This industrial-scale deception was spread across the three presidencies of Bush, Obama and Trump.

The papers included notes from over 1,000 interviews with people who played a direct role in the war – taken from huge ‘Special Inspector General for Afghanistan Reconstruction’ reports unearthed by Freedom of Information lawsuits, US army oral history interviews, department of defence memos and testimony from senior members of the Bush Administration.

Now summarised in book form, the vast majority of the people quoted are from the US military and government, which means that the criticisms are highly limited. The gap between rosy official statements and the reality on the ground in Afghanistan is repeatedly highlighted, as is the level of cultural ignorance and bureaucratic inefficiency exhibited by Western forces. However, the idea that the military occupation itself was the fundamental driver of the insurgency is never seriously considered.

Describing Bush’s publicly stated aim of transforming Afghanistan as ‘noble and high-minded’, he claims that the US ‘inadvertently’ built a ‘corrupt, dysfunctional Afghan government’ and ‘tolerated’ warlords.

This massively downplays US culpability – only a few pages earlier he explains how the CIA ‘dangling bags of cash as a lure… recruited war criminals, drug traffickers, smugglers’, including Abdul Rashid Dostum, a notoriously brutal warlord, who received $70,000 a month from the CIA, according to a 2014 Washington Post report.

The most eye-opening chapters are those on US-assisted corruption and the strained relations between the US and the increasingly independent Hamid Karzai, leader of Afghanistan from 2002 to 2014.

For example, before the 2009 Afghan presidential election, Obama’s special envoy for Afghanistan Richard Holbrooke encouraged other candidates to stand in order to reduce the chances of Karzai winning.

Later, Karzai impeded the signing of a US-Afghan security pact that would authorise the US to keep troops in the country after 2014, insisting US soldiers be banned from raiding Afghan homes. In response, the US threatened to withdraw all of their forces.

Karzai prevailed in this dispute, though the US signed the agreement with Karzai’s successor in 2014.

With in-depth references and copious quotes from government documents, there is lots of interesting information here. However, there is a frustrating lack of joined-up thinking.

If the US repeatedly tried to force Karzai’s hand, then what does that say about the US’s so-called democracy promotion?

And, other than a couple of passing mentions, Whitlock never properly explores why the US government repeatedly lied – because they feared US (and European) publics would turn against the war.

It is this insight – that domestic public opinion is always a crucial battleground in Western wars – that is arguably the most important message peace and anti-war activists can take from the book.