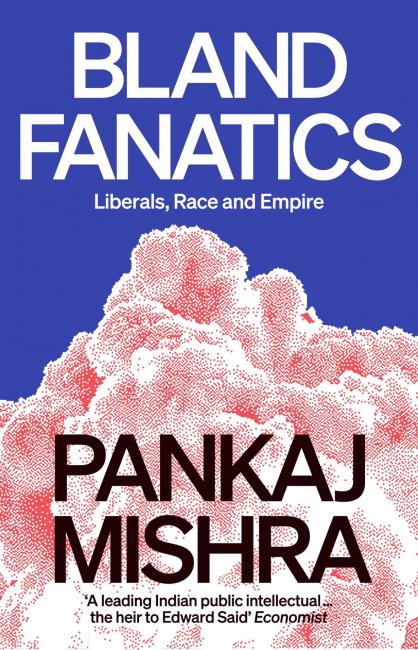 In 1895, Mohammed Abduh – later the grand mufti of Egypt – claimed: ‘We Egyptians believed once in English liberalism and English sympathy; but we believe no longer, for facts are stronger than words. Your liberalness we see plainly is only for yourselves, and your sympathy with us is that of the wolf for the lamb which it deigns to eat.’

The ‘bland fanatics’ of Pankaj Mishra’s title are those advocates of ‘western civilisation’ who, in the words of the US theologian Reinhold Niebuhr (writing in 1957), ‘regard the highly contingent achievements of our culture as the final form and norm of human existence.’

‘Incarnated as liberal internationalists, neocon democracy promoters and free-market globalisers’, Mishra writes, such fanatics have ‘blunder[ed] through a [post-Cold War] world grown more complex and intractable, and help[ed] unravel large parts of Asia, Africa and Latin America before sowing political chaos in their own societies.’

Their outlook suppresses ‘centuries of civil war, imperial conquest, brutal exploitation and genocide’ and elevates ‘liberal democracy’ as the one true goal for all human societies. It forms a major obstacle to understanding the world.

After all, Mishra notes, this is a world in which a ‘communist’ China has become central to global trade and finance, a ‘democratic’ India is run ‘by Hindu supremacists inspired by European fascist movements of the 1920s’, and where voters in ‘liberal democracies’ have been empowering far-right demagogues.

The 18 blistering essays in this volume are part of a long-overdue process of revision.

One standout piece focuses on the Economist’s long and inglorious history.

Its first editor opposed a factory bill limiting working hours for women to 12 hours and its second opposed giving the vote to the lower classes.

The magazine went on to support Mussolini’s suppression of the Italian labour movement and to accuse Henry Kissinger of being too soft on North Vietnam (this was after US saturation bombing of the country).

Another standout is Mishra’s short plea to pay attention to a long list of voices from the Global South whose works offer ‘a strong critique of Western political and economic arrangements and alternative visions of human coexistence on a fragile planet’.

The book’s wide scope and lack of overarching structure may leave some readers struggling to integrate its parts into a coherent whole.

Nonetheless, this an important, well-written and timely collection, from which most readers will learn something useful.