Peter B Kaufman, The New Enlightenment and the Fight to Free Knowledge 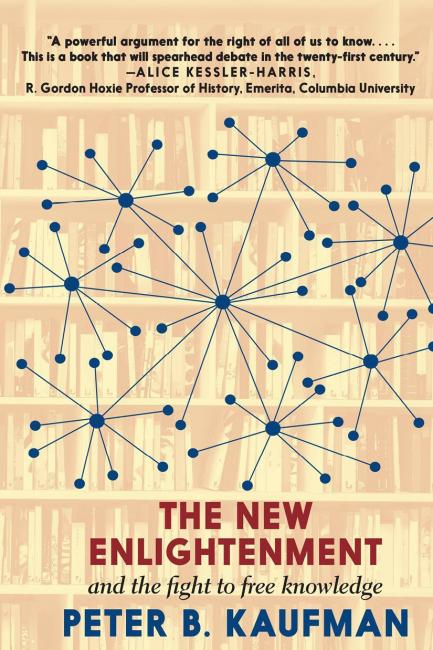 Kaufman, a documentary producer who works at the Office of Open Learning at MIT (the top science and technology university in the US), begins by establishing what he calls the ‘Monsterverse’. This is a somewhat vague but playful concept that covers all of the interests (both state and private) engaged in a ‘relentless effort to crush freedom of thought, independent thinking, expertise’ and the general spread of ‘free access to knowledge’.

Kaufman explores a number of historical battles with the Monsterverse, from William Tyndale’s attempt to translate the Bible into English to knowledge censorship in the Soviet Union.

Finally, Kaufman turns to twentieth-century USA, showing how commercial interests have squandered the potential of ‘visual education’ through television.

For Kaufman, the last great battleground is the internet. He laments its commercialisation, blaming the advertising model for what he describes as its ‘fallen state’.

The final chapter sets out a roadmap for change, advocating an open-access, verifiable, digital knowledge network (a kind of Wikipedia 2.0) and a new social contract to guide us (a kind of Digital Bill of Rights).

Kaufman calls on stakeholders involved in knowledge production, including artists and museums, to seek greater connection to their publics via initiatives like Creative Commons. (The latter provides ‘a free, simple, and standardized way to grant copyright permissions for creative and academic works’.)

Apart from Kaufman’s inspirational rhetoric, there’s little that addresses the more political and economic challenges of the contemporary Monsterverse. The questions of how to break up big tech or deal with mass surveillance and the worrying rise of state-corporate censorship in the West, for example. Frustratingly, Kaufman steers clear of the real nitty-gritty issues that some PN readers might want him to get into.

While this book is certainly engaging and enjoyable (though more polemic than scholarly), it tends to reproduce what many US-based media and communications scholars have been saying for decades (for example, Robert McChesney or the late Ben Bagdikian). However, that shouldn’t deter anyone with an interest in history and the spread of knowledge.