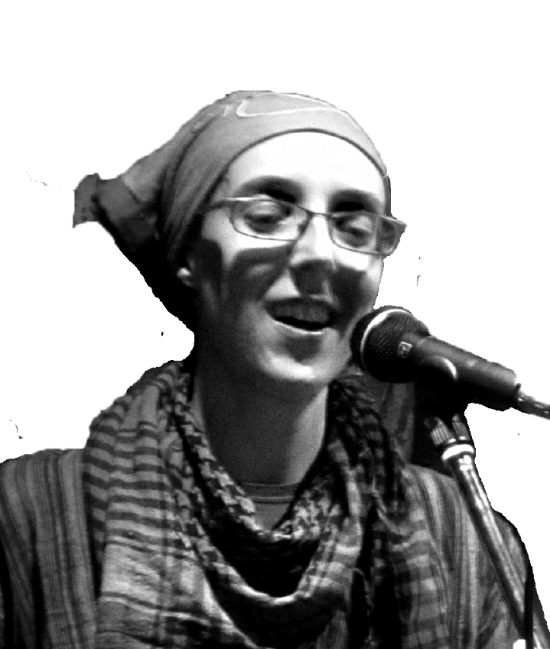 'It is banned in Russia, and you can be fined for singing it. Such is the danger of song.'

I have a postcard above my desk of a photo Lee Miller captured of the opera singer Irmgard Seefried. She is singing an aria from Puccini’s Madame Butterfly in the bombed-out remains of the Vienna opera house in 1945. The image embodies the words of the cellist of Sarajevo, Vedran Smailović, when asked how he could continue to play music when bombs are being dropped all around: ‘No, the question is how can people drop bombs when there is such beautiful music?’

In 1899, the Finnish composer Jean Sibelius wrote ‘Finlandia’, an orchestral hymn tune that spoke a subtle resistance to Tsarist Russian occupation of his land and the empire’s increased silencing of free speech.

The hymn had no words at first, but Finnish people heard the orchestra and understood.

It wasn’t until 22 years after they achieved independence from the Russian and Swedish empires, and following a Soviet invasion of Finland in 1939, that the poet Veikko Koskenniemi finally wrote Finnish words to the hymn of Finlandia: ‘Oi Suomi, katso, sinun päiväs koittaa, yön uhka karkoitettu on jo pois. Ja aamun kiuru kirkkaudessa soittaa, kuin itse taivahan kansi sois.’ (‘Finland, behold, thy daylight now is dawning, the threat of night has now been driven away. The skylark calls across the light of morning, the blue of heaven lets it have its sound.’)

It has been sung ever since as an expression of Finnish independence and national pride.

There have been many different lyrics set to this beautiful tune, but the English-language words that are probably best-known, and which many will have heard Joan Baez sing, were written in 1934 with fascism on the rise in Europe.

It is equal parts heartening and heartbreaking that, at nearly 90 years old, these lyrics still sound so contemporary.

The first two stanzas were written by a Californian-Hawaiian poet, Lloyd Stone, and the third verse was added by New Yorker Georgia Harkness a few years later.

The lyrics of this song feel so pertinent just now that I would like to have printed all three verses here (if we could afford the licensing). It begins: ‘This is my song, a song for all the nations, a song of peace for lands afar and mine’.

We have seen so many beautiful moments of music shared by Ukrainian people over the last few weeks; a violinist playing an old folk tune in a bomb shelter harmonised by violinists in solidarity across the whole world; the blessing song ‘Mnohaya Lita’ (‘Many Years’) taught by Anni Zylstra via Instagram, asking others to learn along with her. She says: ‘This song… is traditionally sung at festive events… in need of a blessing for Many Years. Today, I sing it for Ukraine itself. Many Years, dear land. May there be many more years of your songs, your dances, your culture, your resilience, your sovereignty, the safety of your human & nonhuman inhabitants.... I believe our voices have power and songs can make waves. Will you sing with me?’

And many of us have learnt and shared this song these past weeks, answering her call.

Against all the odds, there remain thousands of Russian people going out into the streets and protesting.

There remain many artists speaking out against their government, despite the potential for extreme consequences.

Alexei Zimin, a Russian chef based in London, who has been receiving racist messages because of the war his government has embarked on, sings anti-war songs via his Instagram account.

Other Russian artists defend their right to simply continue to play. A minority of Russian artists actively supportive of Putin have lost their positions with international orchestras and festivals.

Polina Shepherd, a Jewish-Russian singer based in England, leads the London Russian Choir in a series of peace concerts, sharing an old Yiddish song that has been translated and adapted in both Russian and Ukrainian.

The new words say: ‘There is strength in my heart.… I will run through the world shouting “Peace! Peace! Peace!”’

It is banned in Russia, and you can be fined for singing it.

Such is the danger of song.