TJ Coles, Britain’s Secret Wars – how and why the United Kingdom sponsors conflict around the world 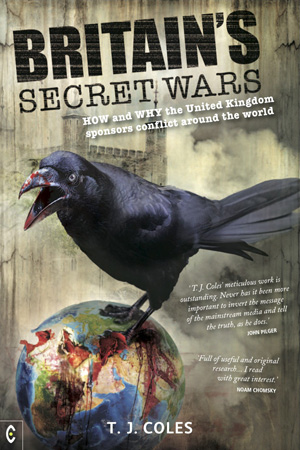 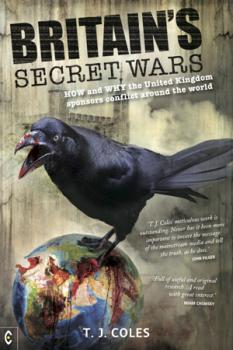 Mark Curtis’s influential and constantly-useful book Web of Deceit – Britain’s role in the real world was published 13 years ago. Though it’s not made explicit, Britain’s Secret Wars seems to be an attempt to update Curtis’s critical history of UK foreign policy, with TJ Coles exposing often covert wars ‘waged for the financial benefit of sectional interests and result[ing] in widespread crimes against humanity’.

Other similarities to Curtis include endorsements from Noam Chomsky and John Pilger and an admirable breadth of research. The book’s first half focuses on UK involvement in the Middle East, with the second section looking at lesser-known interventions in nations like Papua, Somalia and Bangladesh – valuable information for activists.

Particularly impressive is Coles’s analysis of British support for the governments of Sri Lanka and Colombia, where extensive human rights violations have gone hand-in-hand with Western big business activity. His exploration of the link between EU overfishing off the Somali coast and the rise in piracy is also welcome.

Through mainstream sources alongside alternative media and books and, interestingly, a plethora of House of Commons reports, nearly every assertion is referenced so those interested in investigating further can easily do so.

However, despite this, Coles makes many dubious statements with little reputable evidence to back them up, as far as I can tell. For example, his assertion that ‘terrorists from all over Libya… began an armed uprising in February 2011’ seems to tar all those who took up arms against Gaddafi as criminals, while his belief that the Islamic Courts Union, dominant in Somalia in the mid-2000s, was ‘a socialist government’ is positively bizarre.

Turning to Iraq, his statement that ‘the Iraqi government is controlled by the US’ seems far too simplistic. If this were so then why, in 2011, did the Iraqi government reject the US push to keep US forces in Iraq beyond 2011? Astonishingly, Coles goes on to argue that Al-Qaeda in Iraq ‘appears to have been’ a number of foreign forces including US-UK special forces. In support he cites reports from 2005 of UK special forces being discovered dressed as Arabs with rocket launchers and radios. This certainly raises awkward questions but to jump to the conclusion that UK forces are involved in perpetrating false-flag operations is hugely problematic.

All this is a shame because Britain’s Secret Wars highlights many inconvenient truths for the British state and the general public – and is generally a good resource for peace and anti-war activists. Approach with caution.