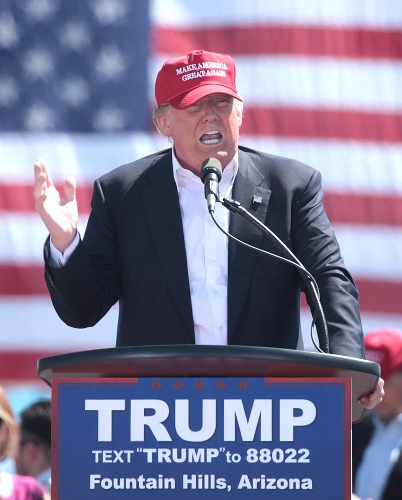 What lies behind the rise of the outsider politician? 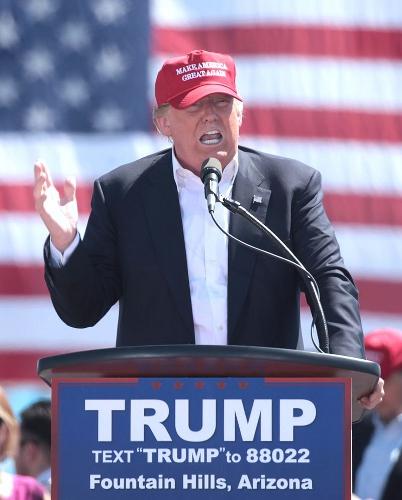 What, if anything, links Donald Trump, the Republican presidential candidate in the US, and Jeremy Corbyn, just re-elected Labour party leader here in the UK? There has been a string of articles in the mainsteam media connecting the two men – with distaste – as ‘populists’.

Back in July, Telegraph columnist Janet Daley trumpeted that ‘Donald Trump and Jeremy Corbyn are warning signs that something terrible is happening to politics’. She wrote: ‘Trump frenzy and Corbyn mania... are both bizarre flights from reality’.

Daley tried to dismiss the ‘facile explanation’ for their success, that ‘there is a general, widespread disillusion with the governing class’ in western democracies.

This demonstrates only that Daley herself is in flight from reality. There is a growing consensus across the spectrum that disillusionment with democracy has been deepening for some time – across the west.

Some commentators have optimistically seen this as only disillusionment with particular governments – healthy scepticism, a sign of greater political sophistication in the electorate. Maybe it’s just that people have higher expectations of politicians? There is evidence, however, that the disillusionment runs deeper.

In July, Harvard University academics Roberto Stefan Foa and Yascha Mounk published research based on the respected World Values Surveys (1995–2014) showing that not only has there been a drop in ‘government legitimacy’ around the world; there has also been a drop in ‘regime legitimacy’, or trust in the whole democratic framework.

They wrote: ‘Citizens in a number of supposedly consolidated democracies in North America and Western Europe have not only grown more critical of their political leaders. Rather, they have also become more cynical about the value of democracy as a political system, less hopeful that anything they do might influence public policy, and more willing to express support for authoritarian alternatives.’

Leader of the pack

The polls show that in the past 30 years, the share of US citizens who think that it would be a ‘good’ or ‘very good’ thing for the ‘army to rule’ has steadily risen until ‘today, one in six agree’.

Similarly, the share of US citizens who believe that it would be better to have a ‘strong leader’ who does not have to ‘bother with parliament and elections’ has also risen from 24 percent of respondents (1995) to 32 percent (2011). The proportion of US citizens who approve of ‘having experts, not government, make decisions according to what they think is best for the country’ has grown from 36 to 49 percent.

There is an idea abroad that rising support for illiberal politics is driven by the disempowered, the middle-aged and the underemployed.

Actually, support for nondemocratic rule in the US is now stronger among the rich (20 years ago, the group most opposed to undemocratic views), and is strongest among the younger rich, according to the polling evidence. There has been a similar loss of ‘regime legitimacy’ in Britain and Europe more widely, with support for military rule tripling among the young rich since 1995 (to 17 percent, half the US rate). Everywhere, it seems, the young are losing faith in democracy faster than their elders.

It would be wrong to give the impression that this loss of faith is happening everywhere at the same rate. It’s a complicated process.

For example, here in Britain, the 2013 British Social Attitudes survey found a third of people said that they ‘almost never’ trust governments, three times the number from 1986 (32 percent in 2012, up from 11 percent).

On the other hand, the same survey also found that the proportion of people saying that they had ‘no say in what government does’ had fallen from seven out of 10 people to six out of 10 people over the same time period (from 71 to 59 percent). More British people had a sense of political power, it seems, in contrast to many other countries.

Why is belief in democracy dwindling? In the US, Foa and Mounk offered three main reasons. One is familiar. While most people in the US still have materially comfortable lives, what the researchers describe as ‘a long period of stagnating incomes for average citizens’ has led to a shift in perspective for most people: ‘optimism is gone’.

Secondly, a less familiar point of view, ‘rising income inequality has transformed the views of the rich more radically than the views of the poor’, to make them ‘more likely to be critical of democracy than the poor’. As society becomes less equal, the rich feel fewer shared interests with the rest of society, the Harvard academics suggest. (This explanation leaves out a lot, clearly, but the change in perspective of rich folk is just a fact.)

The third factor Foa and Mounk put forward is that, as a result of rich people’s greater investment and influence in elections in recent years, ‘more ordinary citizens feel that the political system no longer listens to them’.

They report: ‘When asked by the World Values Survey to rate how democratically their country is being governed on a 10-point scale, a third of Americans now tend toward the end – “not at all democratic”.’

Foa and Mounk offer several possible solutions to the weakening of ‘deconsolidation’ of democracy in the US and elsewhere. Campaign reform to limit corporate interference in elections and to ‘jam’ the revolving door between Washington and Wall St. ‘Institutional change, however, is only the first step toward the real goal: redistributive policies that improve the standard of living of citizens.’

Coming back to Trump and Corbyn, while their politics and characters are wildly different, it is clear that they do share something. A lot of their appeal for their supporters is that they can both make people feel listened to, people who have been ignored by the establishment and ‘left behind’ by the economy. To their supporters, they both seem to offer policies that give a real chance of improving the standard of living of working-class and lower-middle-class folk.

Trump changes policy by the day, and, as with all politicians, what he says before election day would be unlikely to bear much relation to his policies in office. However, from his supporters’ point of view, he has not only voiced their frustrations, he’s promised a redistributive programme.

Trump has promised to be the ‘greatest jobs-producing president that God ever created’. He’s offered a $550bn infrastructure-building programme, the kind previously opposed by Republicans; trade barriers to protect US jobs in place of ‘free trade’ treaties such as NAFTA and TTIP; protection for Social Security (and no raising of the pension age), instead of the cuts Republican leaders wanted; tax cuts for everyone, making childcare tax-deductible; and a $10 an hour federal minimum wage.

At the same time, Trump is also a classic authoritarian who would rather not have to ‘bother with parliament and elections’, something more and more popular with both rich and poor people in the US, as we have seen.

Jeremy Corbyn and Donald Trump are completely different kinds of politician, but they are also different kinds of answer to the growing alienation from mainstream politics in the UK, the US and elsewhere. Will that disillusionment push the state to become more authoritarian and repressive? Or will it become a force for radical democracy and genuine redistribution of wealth and power? The answer is in our hands.