Andrew Cockburn, Kill Chain: Drones and the Rise of High-Tech Assassins; Laurie Calhoun, We Kill Because We Can: From Soldiering to Assassination in the Drone Age 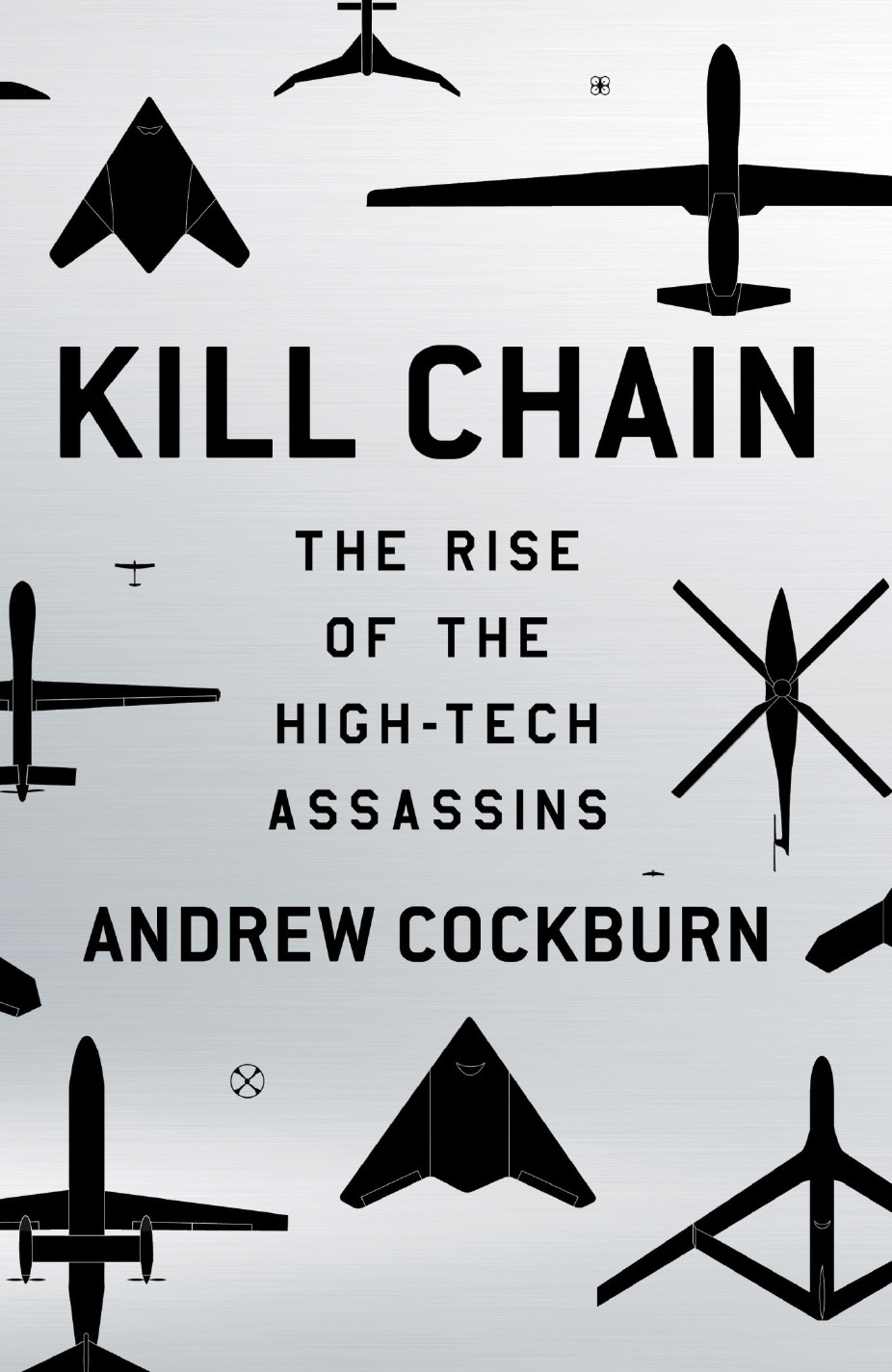 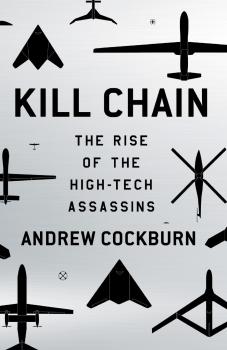 We Kill Because We Can is a 300-page rant on drones by cultural critic Laurie Calhoun. Focusing on the use of drones for targeted killing, each chapter is an angry polemical essay, with titles like ‘Strike First, Suppress Questions Later’ and ‘The New Banality of Killing’.

Calhoun argues that ‘both the practise of and propensity towards institutional killing has been transformed by this new technology.’ I agree. However I also have to admit that the tone of this book – fuming mad most of the time – did grate on me after a while. Perhaps best kept as a resource to be dipped into when your anger about drone warfare needs re-kindling.

Andrew Cockburn’s book, Kill Chain, is on an altogether different plain. Trenchant in its analysis, it is set in historical context and extremely well-researched.

Chapter Five for example, ‘It’s not assassination if we do it’, excellently documents the long history of US targeted killings (and their lack of effectiveness), starting with the assassination of Japanese admiral Isorokuk Yamamato in the Second World War, through Guatemala in the ’50s, Vietnam and the Phoenix programme in the ’60s and ’70s, and the failed attempt on Libyan leader colonel Muammar Gaddafi’s life via airstrikes from a fleet of F-111s in 1986.

The fallibility of these remote systems is equally well-laid-out, in contrast to the exaggerated claims of ‘defence’ companies, endlessly swallowed by procurement officials and the media.

Details of the inadequacies of ‘Gorgon Stare’ – supposedly able to overcome the narrow ‘soda straw’ view of drone cameras by ‘sewing together’ video feeds – were new to me.

According to the reports Cockburn quotes, while this system has been repeatedly trumpeted by officials and the press, the reality is that instead of giving full motion video (minimum of 24 frames per second) it achieves a mere two frames per second with lots of blind spots.

Throughout the book, Cockburn gives examples of how military officials have chosen to believe the ‘intelligence’ –hoovered up by the inadequate and partial drone video feeds and NSA (US national security agency) intercepts – over the experience, eyes and ears of those on the ground.

Time and time again, they’ve been wrong to do so. This may be why US commanders continued to bomb the Médecins Sans Frontières (MSF) facility in Kunduz in northern Afghanistan recently, despite repeated phone calls from MSF telling them that it was a hospital.From low-lit, high-tech control rooms thousands of miles away, commanders feel they are in control, but, as Cockburn details, the reality is they see merely want they want to see. Drone warfare gives the illusion of control, precision and security.

The reality, as I fear we shall continue to see, is just the opposite.