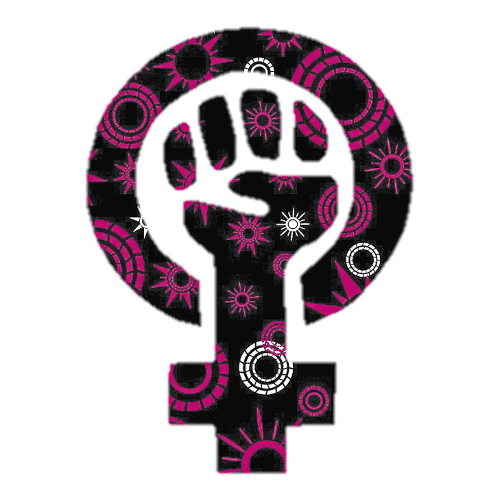 Amanda Sebestyen looks back on the Women's Liberation Movement, and forward to the newly-launched Feminist Forum

01 Dec 2015 Feature by Amanda Sebestyen
I can recognise their faces when I see them on a bus or in a meeting or on the street or in a film: women with lines that speak of daring and courage, cackling laughter, agonised love, vision, verve, constant observation. You could call it the ‘Liberation Look’, along with a certain direct freedom of bearing and speaking.

It took a lot of bravery to be part of the Women’s Liberation Movement when it started here back in 1969. You had to feel impelled, not only to burst the boundaries of your own life as a female but to break boundaries everywhere. We knew we had to turn the world upside down and inside out. The name of the first anthology of women’s poetry (The World Split Open) echoed Christopher Hill’s inspirational history of the Diggers and Levellers (The World Turned Upside Down).

We thought of ourselves as wheeling radical tribes acting on our own lives: squatting, setting up food and housing co-ops and writing and art and law collectives, vaginal self-examination and alternative health, communal childcare, political lesbianism, women’s refuges, sharing clothes and machines, finding lost female authors, artists and activists.

Cartoon man at party: ‘So you want to be equal to me, do you?’  Cartoon woman replies: ‘In fact I had something better in mind’.

Central to our politics were the small consciousness-raising groups where we could see what we shared as women and what we wanted to do to change it. We built up collective trust, relief, confidence, jokes, imagination – I always said the best thing about being in the movement was the conversations. This was where we planned the new worlds we were going to create, making sure that everyone had a voice and was heard.

Consciousness-raising gave us the backbone and audacity to stand up and take action, stand out and be different. It was a detailed political practice too, where we learned to test ideas against realities of women’s lives. This was action and theory in one, and there was often a hidden strand of nonviolent anarchism giving us strength, as well as earlier inspirations from the Black Civil Rights movement and then 1968 in Paris and Prague. Our loose networks of groups turned out to be more enduring and sustainable than most of the hard-edged little parties which claimed to be carrying the revolution and were often hostile to women organising for themselves.

We did contest unequal pay, stereotyped education and books, the brutal rationing of abortion, and housework or ‘shitwork’ in and out of the home – of course we did. But in the words of a favourite cartoon, we had something better in mind than equality in an unequal world.

Cartoon man at party: ‘So you want to be equal to me, do you?’

Cartoon woman replies: ‘In fact I had something better in mind’.

The oh-so-English patriarchs laughed at us, said we were mad and sad, but gradually we turned the tables and the jokes back on them. (Gandhi is alleged to have said something along these lines....) It is true that many of the things we wanted we never got, or were granted in deformed and exploitative forms. Hester Eisenstein, Lynne Segal and other analysts of our feminist generation have pointed that out. But our movement transformed the landscape and now everyone’s a feminist.

We were the Second Wave of women’s liberation, following the militant feminists of the 19th and early 20th centuries after a 50-year gap. A Third Wave came along much faster, negotiating careers and foregrounding personal choice and ‘empowerment’ ahead of liberation. Now a Fourth Wave is reconnecting the personal and the political. They’ve treated us movement survivors with far more respect than many libbers showed to the remnants of suffragist reformers in the late 1960s and ‘70s.

But now we face new oppressions, fears and obstacles (not ‘challenges’ please, or ‘issues’ or even ‘options’). We are ageing, we face death and we endure illness and the deaths of partners, friends and sisters. Are we mad to think we’ll do this as members of our own insurgent generation, in our own way?

Five years ago, Lynn Alderson, who had come to radical feminism out of the nonviolent anarchist movement and then the gay liberation front (GLF), and Brenda Whisker, another women’s liberation veteran and long-term radical feminist activist, called a weekend in the Derbyshire Peaks for women of our generation. All of us had been active in the movement in the ’60s, ’70s or ’80s. The high point was a workshop where Lynn, then working as a humanist celebrant, asked us to talk about our lives now: facing up to ageing and death. We had once used consciousness-raising groups to see how our situations were structural and could be changed. We could do this again now. The idea made the same immediate sense to me that I could remember from reading the first mocking newspaper report about women’s liberation in the ’60s - let’s do it!

Luckily, over 100 women felt the same way. We have a network of around 20 groups in London and an e-discussion group called London-70s sisters. We hold gatherings twice a year to report back, start new groups, raise contested issues like prostitution or sex work. Longer established groups like the Older Feminist Network and the LBGT ‘Opening Doors’ network at Age Concern have collaborated and helped.

Meanwhile, women out of London hold in-depth weekends to confront profound themes like bereavement, aloneness, living life fully, creativity, and differences. They talk about ‘Where our politics are now and how we got here. We share food and music, sometimes poetry and games, we laugh a lot, cry sometimes, and argue as if everything mattered. And we have a commitment to each other, to being there together through these wonderful and sometimes scary parts of our lives.’

Lynn Alderson goes on to say: ‘The fundamental joy of this for me is that thread which goes right back to our shared experiences, that we created deep connections through feminism which have lasted and that our journey is still a shared one. We are still exploring our lives collectively. I think too that out of that first weekend some women also found renewed energy to work together and make links with new wave, younger feminists, and that too seems to have grown in a rather wonderful way.’

The monthly group I go to has members from all around London and several places outside as well. We have gone on marches and protests together with our banners ‘Second Wave feminists support the Fourth Wave’, and ‘Still Marching, Still Fighting’. We’ve composed a group poem about older women to be placed on a Folkestone wall, we’ve painted self portraits, given secret Christmas presents. Within the lifespan of our group three women have been bereaved and two have survived cancers.

Some of the subjects we’ve discussed: A completed life; beautification; belonging; bodies; books (Being Mortal by Atul Gawande and How to Be a Woman by Caitlin Moran); children (and no children); class; death (twice); Desert Island Discs with our own nominations; food; grandparents; money.… and politics. It’s the thread that runs through all we do and say, but now we want to bring that liberation political voice to the fore.

At our network’s last big gathering, we found that nearly all of us had either been engaged by the leadership struggle in the Labour party, been to meetings of the Women’s Equality party, voted Green or TUSC (the Trade Unionist and Socialist Coalition) at the last election, or had a look at Left Unity, People’s Assemblies, or whatever we could find. It was exhilarating to have somewhere to share what we’d noticed and done. Roberta Henderson came up with the idea of starting a Feminist Forum where we could really say what we think, giving a voice to the liberation politics we’ve worked within for so long.

The Feminist Forum – ‘a new think-and-do tank’ – is launched on 28 November. Our starting manifesto is likely to be called What’s Wrong With Politics! and we invite all radical women of our generation to join us as we write it and put into action.