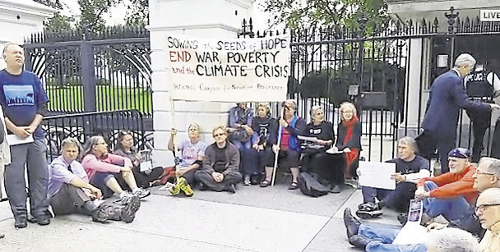 Second 'Campaign Nonviolence' week sees actions across the US 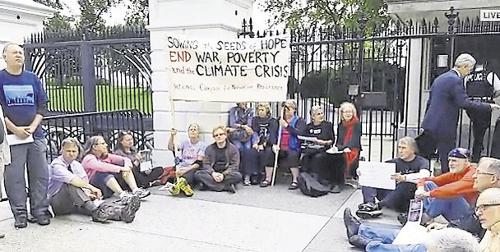 On 22 September, 15 peace activists were arrested at the White House in Washington DC at the National Campaign for Nonviolent Resistance’s ‘Sowing Seeds of Hope’ event calling for policy changes to bring an end to war, poverty, and the climate crisis. This was one of 360 events in the US as part of the 20–27 September ‘Campaign Nonviolence’ week organised by Pace e Bene.