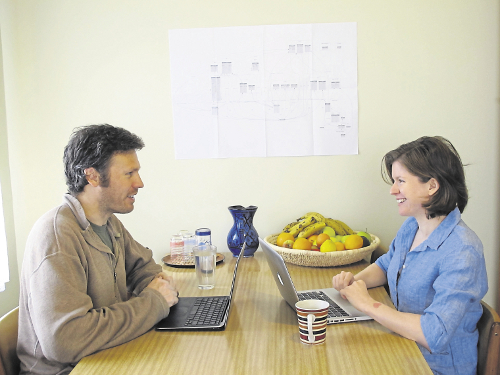 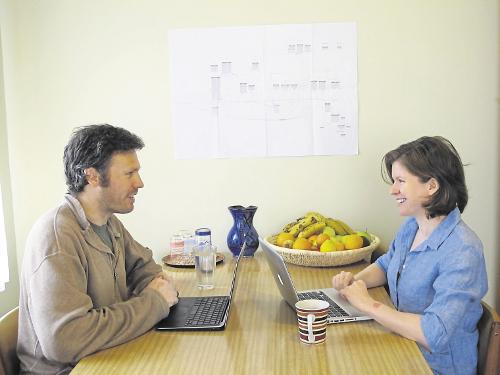 About three years ago, two Australian campaigners were surprised and frustrated to discover that the next generation of student activists were making the very same mistakes in organising that they had made at university. Nothing seemed to have changed. A lot of people have had a similar realisation.

Unlike a lot of people, however, Keira Paterson and Sky Christensen decided to do something about it. ‘Sky had this idea, in the shower, of course. He came out: “I have this idea!”’ The pair decided to create an online tool to help groups run meetings more effectively, and to keep track of their action points. ‘We looked for something like it online, we thought someone else must have already done it, and they hadn’t,’ Keira says.

Even less like most people, Keira and Sky then decided that, since they couldn’t find programmers to build the tool they wanted (they spent a year looking), they would learn how to code in order to build it themselves! Keira says: ‘We were in a position, we were pretty lucky, where my wage can pay our rent, so Sky quit his job and taught himself to code.’

Sky says: ‘We’ve gone from just using the software that comes with Macs, to now, when we’re doing eConvenor work, we’re both using Linux (Keira: ‘Command line!’), a strange black-screen-with-text-scrolling-down-it.... That was a milestone, where one day Keira came in and I said: “Keira, check out my screen, it’s black with white text on it!”’

Keira adds: ‘We partly just didn’t realise how big it would be when we got into it. So Sky’s learned to code to do the backend [behind the scenes], and I’ve learned to do some of the front end [what the user sees]. I’m by no means excellent. I do a lot of Googling!’ (Sky: ‘We both do.’)

From knowing nothing, Sky built up enough skill to get a job as a coder (he quit after a while to devote more time to eConvenor).

What the two have built together is a professional-looking site that is extremely helpful for activists. Peace News has been using eConvenor for most of 2015, and it’s really boosted the usefulness of our meetings. (You do have to have a tablet or a computer connected to the internet during your meeting to be able to use eConvenor for minute-taking, but it is well worth it.)

“eConvenor will make sure everyone in your group is clear about decisions made in meetings and the tasks they have to do. Say goodbye to the days of tasks being unassigned or forgotten. Your group will get more done.”

Keira says: ‘The idea for us is it’s about freeing up some time for activist groups and getting them more organised. With your meetings, it keeps you focused on decisions and tasks, instead of what everybody said. It also sorts out your task management; once you tell people what they need to be doing, it reminds them for you.’

One force behind the creation of eConvenor was ‘just way too many really long, boring meetings, where people can’t remember next week the decisions they made last week, because the minutes weren’t right.’

Keira adds: ‘I’ve been a volunteer coordinator, so I know how long it takes being the person nagging everyone about their tasks. So, I liked the idea of automating that!’

Both Keira and Sky would like to see a lot more activist groups using eConvenor (they don’t reveal how many users there are, for security reasons). They would also like to develop more tools in the future, including one that could help groups match their tactics to their goals, and structure conversations around strategy.

On a broader level, Keira says: ‘We need a lot more radical coders!They’re in charge of the internet, which is no small thing.’ Sky adds: ‘We both think it would be great if other activists would think about learning how to code, not just to do the work that you do, but to build tools that can help everybody else be more effective in the work that they do.’

A last word from Keira: ‘It’s something we’ve both learned from activist circles and from other people who get things done. Which is that they teach themselves how to do these things. They teach themselves how to operate boats, and how to run radio stations, and how to hold protests, and how to do first aid. Because those are the skills that become necessary. This is just on the same lines as that. I think a lot of people are about to have to learn these things [coding], because it’s where all the work needs to be done, for a while. Not all, but a lot.’

In Jubilee Debt Campaign, we’ve been using eConvenor for about 18 months, I’d say. It went around an email list I was on, and I looked at it, and thought ‘That looks quite simple, and what we most need is to be able to leave a trail, and not have to hunt around for the email, or look for the right folder in the shared filespace where the minutes are, etc.’

Previously, when we got to the meeting, everyone would be: ‘Oh, where are the minutes from last meeting?’ So we thought, maybe this will be useful for keeping track, we’ll try it out as a test.

The other thing we wanted was to be able to keep a record of decisions we’d made on an ongoing basis. (At the moment, you can’t tag something so that you can look at all the history of the decisions you’ve made on one topic, which would be quite useful.)

To some extent, we are not the target audience, because it is mainly for groups that meet irregularly, or regularly but not in the same place. But because we’re six people, it’s not that dissimilar.

The main disadvantage is that eConvenor is designed for one person who is the secretary, so everyone in JDC has to log in as me, rather than as themselves. Even the kind of small groups we’re talking about, some of them deliberately like to rotate those roles....

Transcript of an interview with Jonathan Stevenson, campaigns and communication officer at Jubilee Debt Campaign.

A longer transcript of this interview is on the PN website. You can sign up to eConvenor at: www.econvenor.org