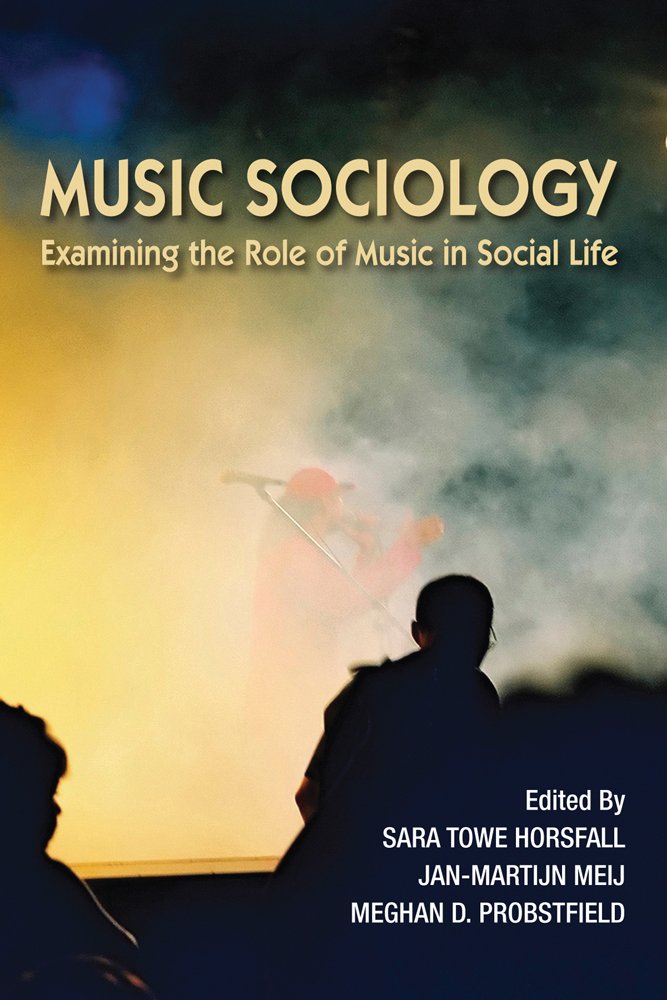 A worrying 17% of Western adults consider themselves tone-deaf, when in reality at most 2% suffer from 'amusia'. A great music sociologist, Christopher Small, wrote that music is 'inaccessible to most, who must content themselves with the contemplation of someone else’s finished work. [All of us] are consumers of something we have not produced.' On the other hand in countries like Ghana and Bali, however, music making is an integral part of life, and high levels of skill are reached by all members of the group.

Music sociology needs to address problems like this, as well as how music figures in the marginalisation of minorities and subcultures. Large-scale textbooks on music sociology, such as this one, address minority cultures and identity, but they fail to mention why music is predominantly in the hands of the virtuosi and industry execs, albeit with some cottage industries arising from 'bedroom' music producers.

There are scattered articles of interest here, touching on race and the record industry, reclaiming skinhead ska music from White Power, and an excellent defence of heavy metal fans -- who are, on the whole, peaceful people celebrating a self-made culture.

But the majority of articles demonstrate an inherent fault of self-conscious academic music sociology: its joy-killing pompousness, its addiction to stating the obvious in as highfalutin tone as possible. Christopher Small is given nothing more than a passing acknowledgement.

Which is where the non-academics come in.

As opposed to the preposterous 'distance' scholars put between themselves and their material, others work far closer to the (under)ground. The legendary rock journo Lester Bangs documents the rawness of rock n’ roll, defending the genre’s celebration of adolescent identity. More recently, blogger and dance enthusiast Simon Reynolds has stood up for an authentic and vibrant rave culture which the Tory government attempted to suppress with legislation in the early ‘90s. And not to forget Christopher Small, who demonstrated how music-making has been shunted towards and confined to the stage, and how we can 'restore lost communality to western music' with group improvisation.

Only Small can really be called a practitioner in the academic field, yet he never slips into its arrogance and patronising isolation from the object of study. While Bangs and Reynolds aren’t sociologists, their enthused accounts of the inside of musical subcultures are composed with unguarded passion, as are those of the other notable writers Charles Shaar Murray and Peter Guralnick. However, this collection of tedious and stilted essays reflects negatively on an entire discipline, one that feels uncomfortable working from any other perspective than its own, akin to a clipboard-wielding don observing creatures in a fish tank.