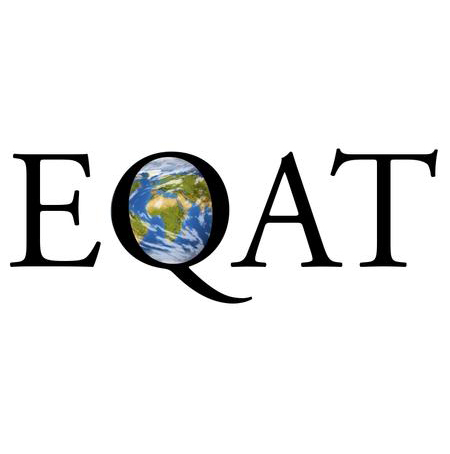 On 2 March, after five years of action by Earth Quaker Action Team, PNC bank announced a shift in its policy that will effectively cease its financing of mountaintop-removal coal mining in the Appalachia mountain region in the eastern United States.

This marks a major turnaround for the seventh-largest bank in the US, which for years refused to budge on this issue. After more than 125 actions, their desire to continue business as usual proved no match for Earth Quaker Action Team (EQAT) and our allies.

EQAT (pronounced ‘equate’) ran ‘Bank Like Appalachia Matters!’ (BLAM!) in solidarity with the frontline resistance coordinated by the Alliance for Appalachia. Over 500 mountains had been blown up, covering an area the size of Norfolk. Cancer and birth defect rates shot up because of the toxins that poisoned the air and water supply. The jobs lost to extreme extraction depopulated towns in the region.

As more and more banks stop financing mountaintop removal, we expect the coal companies to have more trouble over the next few years securing financing for extreme extraction.

EQAT began as a tiny group, protesting in PNC bank branches and PNC-sponsored community events. We marched 200 miles across Pennsylvania to PNC’s headquarters city of Pittsburgh. We learned to hold pray-ins, get arrested, disrupt shareholders meetings.

We inspired people to pull over $3.5 million out of PNC bank deposits. In one 24-hour period in December, EQAT pulled off 31 actions in 12 states and Washington DC (which is not in any state). It became clear to PNC that EQAT was growing and would never go away until the bank changed.

The group made a number of decisions along the way that attracted criticism, even from some who agreed with EQAT that global warming is a threat. One was to focus on a bank instead of political authorities. The Environmental Protection Agency and politicians are the legitimate deciders on environmental policy, we were told. Why target a bank that is only doing its job?

We chose our target believing everyone needs to take responsibility for their role in the unfolding disaster of climate change, including banks whose financial decisions have enormous consequences compared with most individuals and groups.

A 2014 Princeton study (by Martin Gilens and Benjamin I Page) gave support for our choice to target the economic elite. The study found major policy decisions in the US don’t result from the normal political processes but from the economic elite telling politicians what to do. Billionaire Warren Buffett earlier put it more pungently to the New York Times (quoted on EQAT’s first website): ‘There’s class warfare, all right, but it’s my class, the rich class, that’s making war, and we’re winning.’

EQAT recognized that many Americans are in denial about the class warfare raging around them. Targeting a bank might help people smell the coffee.

Another strategic choice was to wage a campaign, that is, to focus on one issue with a clear demand and one target. We refused to follow the activist tendency to put energy into multiple causes and get little done. EQAT could make our collective energy count only through focusing it. That choice did not sit well with friends who were working on other climate issues like fracking, and wanting us to join with them, or at least to ‘co-sponsor’ their events.

Where EQAT showed its inclusivity was welcoming non-Quakers to join the campaign and organisation. Some Quaker practices are built into EQAT culture and Friends composed most of the leadership, but EQAT invited non-Friends to take major responsibility; the result was integration and many demonstrations in which a majority of participants were ‘friends of Friends’.

A controversial choice was EQAT’s refusal to go to civic and religious groups that were seeking information about BLAM! and nonviolent campaigning.

We were concerned we would only support a kind of consumerist habit held by many people of goodwill who assume that going to meetings to learn about things is the same as exerting influence in the world! ‘Going to meetings’ is not action! Since ‘action’ is EQAT’s middle name, we preferred to respond to groups inviting us to train them to do actions. If the latter, ‘training’ usually included going to the nearest bank lobby and doing an action right there!

Starting out as a Philadelphia-area group based some distance from Appalachia, we wanted to develop an ongoing relationship with the regional groups accepting us as an ally. EQAT-ers visited the mountains multiple times, joined the March on Blair Mountain, included Appalachian leaders in actions in our region, shared ideas back and forth.

New to climate campaigning that targets banks and corporations, we asked an experienced ‘big sister’ to help us – Rainforest Action Network (RAN). Thankfully, RAN helped us in many ways, linked us to Reverend Billy and the Church of Stop Shopping, did bank-related research, and shared their wisdom based on other campaigns.

Internally, we created a group norm that individuals should expect to move out of their comfort zones and do what doesn’t ‘come naturally’. We supported each other to try new skills, reduce the scatteredness of our lives, step up to take more leadership, become bolder and more centred, to risk.

Powerful movements need powerful individuals, and climate justice needs powerful movements. A related internal norm was to train for, and then do a careful debrief of, every single action, considering what we did well and what we could do better next time.

We chose to build an intergenerational campaign. A typical EQAT demonstration has an age range of 18-80, with intervening decades well-represented. Our ‘I Love Mountains’ action on 9 February expanded the range to ages 8–84.

The US activist world is highly age-segregated, leaving everyone the poorer, and we believe that empowerment increases with age diversity. This means EQAT leadership consciously builds a culture of age inclusion. For example, younger EQAT-ers organised a public ‘Honour the elders’ event, which also proved to be a fundraiser.

In researching, we found that UK students who forced the apartheid-supporting British Barclays Bank out of South Africa took 18 years to do it. We turned to the Global Nonviolent Action Database to study a variety of campaigns that targeted corporations and banks, and gain a perspective that eased our wish for rapid gratification.

We made one exception to the discipline of working only on one campaign. We put quality time into the fight against the Keystone XL pipeline: getting arrested, signing the pledge of resistance, filling six buses for the ‘Forward on Climate’ rally in February 2013 in Washington DC. At the request of the national Keystone campaign we organized a mass civil disobedience action for 10 March 2014, at the federal building in Philadelphia.

Our strategising in this case was inspired by civil rights leaders Bayard Rustin and A. Philip Randolph: strong movements combine grassroots initiatives and national actions. Even while retaining our focus on BLAM!, we took some time to do our part in a national effort.

As a long-ago founder of Movement for a New Society, I wanted to experiment with an organisational structure that could work for what might be a long campaign requiring EQAT to dance with unforeseen events. What kind of leadership could support a Philadelphia-based community, a growing group of volunteers, a network that would grow to 13 states, with only two part-time paid staff?

We invited activists with proven skills and a diversity of gifts and ages to constitute our core band of nonviolent warriors. That group made the overall decisions about direction and when to do major actions, while convening frequent strategy retreats for the members and monthly meetings for participation of veterans and newbies alike. Specific actions were planned and organised by small teams with help from the membership. For the sake of our nonprofit status we call the core band a ‘board’. The board enforces rotation through a system of term limits.

I don’t think we came up with this structure to realise any organisational ideals expressed in movement literature; we simply wanted to be a nimble action group in a broad and rapidly growing social movement. We hope our band of warriors will make spirit-led decisions responsive to opportunities and the twists and turns of the class struggle. At the same time we accept that it will make mistakes; perfection is not for humans or real movements.

We chose to identify strongly as a Quaker group to encourage people with other faiths to do likewise. The US ‘one per cent’ habitually manipulates religion to serve its interests and fight its battles. We stand against the distortions of Christianity and other religions that rationalise injustice, violence, and planet destruction. We would like to see Buddhist, Baptist, Catholic, Lutheran, Jewish, Methodist, Muslim earth action teams break out of the hegemonic assumption that the US is a democracy whose political institutions can deliver climate justice.

Quaker 19th-century abolitionist and feminist leader Lucretia Mott said: ‘Any great change must expect opposition because it shakes the very foundation of privilege.’ We hope other faith-based groups will soon face this truth and turn to the power of nonviolent direct action.

George Lakey is the author of Toward a Living Revolution: a five-stage framework for creating radical social change published by Peace News Press (£14).