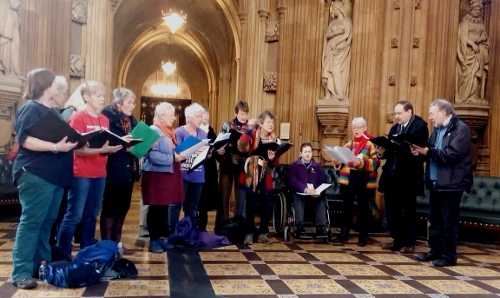 On 11 March, 14 singers from Wales, London and Corby sang Trident – A British War Crime: An Oratorio in the lobby hall of the house of commons in London, writes Angie Zelter. The singers used the right to lobby MPs by singing for 15 minutes rather than speaking. The sergeant at arms told us that we could possibly get official permission to perform the oratorio in the houses of parliament. Photo: Action AWE www.actionawe.org