Can you hear me at the front? 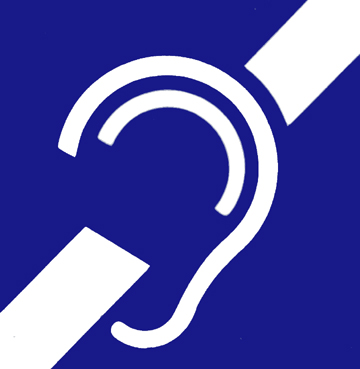 Top tips for improving meetings for those with a hearing loss 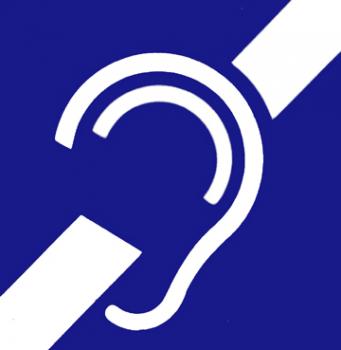 There is a recurring theme, common to many if not all public meetings I attend: everyone is assumed to have good hearing.

More than 800,000 people in the UK are severely or profoundly deaf. So, many people aren’t going to clearly hear what is said, and, obviously, you can’t contribute if you can’t understand what half the people are saying. And if every public gathering you go to is a struggle to follow, then you soon stop attending.

With this in mind, here are a few observations and suggestions for organisers and participants to bear in mind:

Lip-reading is really tiring, especially in the more horizontal sitting-in-a-circle workshops when anyone can chip in at any moment.

Sometimes workshops are just too long. After an hour I am flagging. If you have a two-hour session then try and either incorporate a short break or break the session into segments, small groups, one-to-one, or an activity – maybe a powerpoint presentation.

Computer presentations are fine but give people a moment to read what is on the slide before you start speaking (I can’t lip-read and read the slide text at the same time). And don’t put too much text on each slide. 15 bullet points and a quote from a book is way too much!

Flip-charts are often available, but just as often poorly utilised. Write the name of the organisation, person or movement you are talking about on a sheet and refer to it when you talk about them. If you have some key points you are going to talk about, then write a list of them.

If you have some time to prepare, then think about preparing some hand-outs. They don’t need to be extensive – just a list of your key points and perhaps a web link for further reading is enough. And if you hand them out at the beginning of the session it will give people an idea of what areas and subjects are going to covered.

If you’re showing a film then ask yourself: What is the sound quality like? Does it have subtitles? Is the screen big enough for people to read the subtitles?

I’ve lost count of the number of meetings I’ve sat in where the Q&A session goes as follows:

Speaker: ‘Any questions? Yes, the person at the back.’

Speaker: ‘Yes, that is an important point. I think that the most important response to this question is to look at the history. This refers back to the situation blah blah....’

Also, when you are asking questions, could you stop adding sub-clauses, name checks, quotes and general flim-flammery to your question, please?

Example: ‘I want to ask about X, but of course not to forget the effect of Y, as Famous Man wrote in his obscure book, that other Famous Man criticised recently in obscure online academic journal, “X is important but don’t forget Y”, and so I wondered what you, and members of your group, if you can comment for them, or as Famous Man once said “I did it my way”, so maybe you can’t comment for them, but I wondered what the general feeling about X was in your milieu, as I think that your work follows in the Leninist tradition of…’ and so on for another minute.

How about instead asking: ‘What are your thoughts on X?’ and leave it to the speaker?

Jon Lockwood volunteers at the PN office and is a PN Summer Camp organiser.