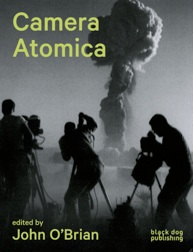 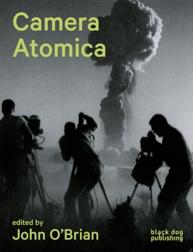 In the summer of 1946, ‘more than half the world’s supply of motion picture film... was loaded aboard US Army Air Force planes and dispatched to Bikini Atoll’ where it was used to photograph Operations Able and Baker – the second and fourth nuclear bomb explosions respectively – generating over a million still images and several million feet of moving image matter.

Some of these pictures are reproduced in this collection of essays and photographs, which ranges widely over the last 69 years of nuclear history, taking in, among other things, Nevada H-bomb tests, 1950s ‘duck and cover’ drills, and a cardboard ‘bomb damage effect computer’ produced by the RAND corporation (‘Simple and clean. No more guesswork’).

One of the most striking pictures is Paul Shambroom’s photo of a military technician using a broom to sweep dust from the floor around a line of B83 one-megaton nuclear gravity bombs at a US air force base in Louisiana in 1995. At least 10 bombs can be seen in the photo – any two of which would have a destructive force equal to all of the explosives used in WW2.

Images of anti-nuclear protest are also well-represented, with pictures of Canadian ban-the-bomb demos from the late 1950s, anti-nuclear art by Barbara Kruger and Bruce Conner, and an amazing large-scale hand-embroidered diptych ‘Nagasaki and Hiroshima mushroom clouds’, made illicitly in small sections in North Korea and then smuggled out to the South.

Considerable space is devoted to nuclear power and the health effects of radiation, though Hiromitsu Toyosaki’s claim that the category of hibakusha (which she defines as persons ‘exposed to an injurious dose of radiation’) now encompasses ‘the entire human race’ as a result of atmospheric testing would appear to be at variance with the existing scientific evidence.

(While it is true that anyone born since 1951 will have received some exposure to radiation from weapons testing-related fallout, a 2005 Report on the Feasibility of a Study of the Health Consequences to the American Population From Nuclear Weapons Tests Conducted by the United States and Other Nations produced by the US centers for disease control and the national cancer institute concluded that of the 3.8 million people born in the United States in 1951 – who received, on average, higher doses at younger ages than groups born either earlier or later – ‘fewer than 1,000 [would likely experience] extra fatal cancers as a result of fallout exposures, a lifetime risk of less than 0.03% or about 1 in 3800… compared with the approximately 760,000 fatal cancers that would be predicted in the absence of fallout.’)

The accompanying essays are of variable quality. Standouts are ‘Posing by the Cloud’, devoted to the photographing of nuclear tests (where we learn that some of the soldiers who witnessed the 37-kiltoton ‘Priscilla’ test in 1957 ‘bled from every orifice of their face’) and novelist Douglas Coupland’s part-memoir-part-reflection ‘The Wrong Sun’. (Coupland recounts an incident during the Cuban Missile Crisis in which his mother and other military wives living on a Canadian air force base in West Germany were escorted to the bunkers. There was no furniture, food, or clean water – just six tins of caviar in a corner. When the women complained the base authorities informed them that they were expendable: ‘You should have known that before you came overseas with your husbands’.)

However, several of the essays descend into MA-speak (‘the ontological nature of mediatic matter itself’), and I for one was underwhelmed by the claim (attributed to Jacques Derrida) that atomic weapons are ‘fabulously textual’ because a nuclear war has not yet taken place. If the images in this book demonstrate anything it is the vast economic, military and geographic resources consumed by the Bomb’s infrastructure – all anything but ‘textual’ in the normal sense of the word.

There is also far too little information provided to contextualise many the images or explain their relevance.

Despite these caveats, howerver, this book still provides a valuable visual backdrop to Noam Chomsky’s recent observation that ‘it is a near miracle that we have escaped destruction so far, and the longer we tempt fate, the less likely it is that we can hope for divine intervention to perpetuate the miracle.’

A selection of nuclear imagery — some of it drawn from Camera Atomica — is on display at the free exhibition After the Flash: Photography from the Atomic Archive at the Work Gallery (10A Acton St, London WC1X 9NG) until 20 December, 12noon–5.30pm, Wed – Sat; www.workgallery.co.uk