Karen Joy Fowler, The Science of Herself Plus... 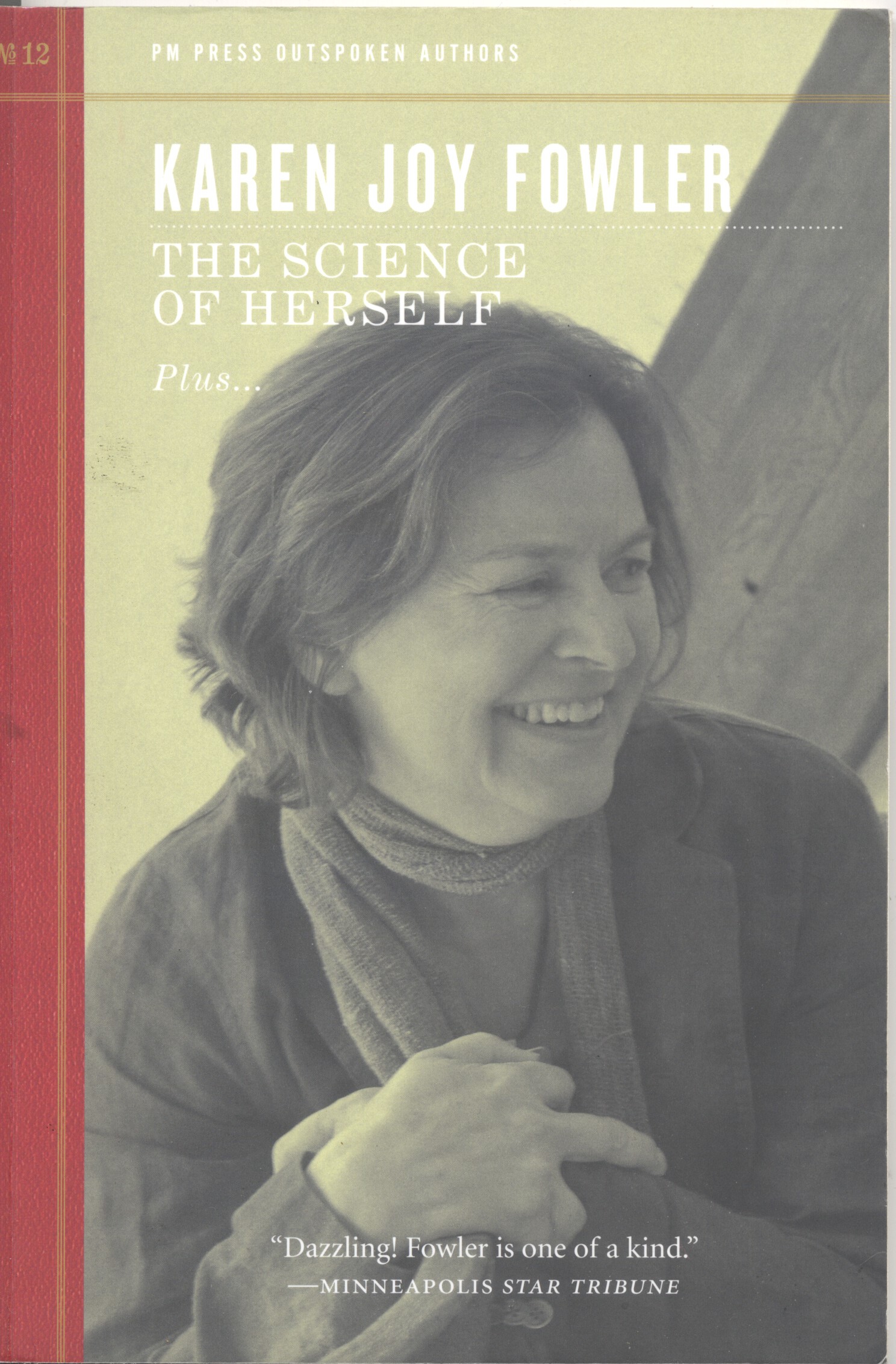 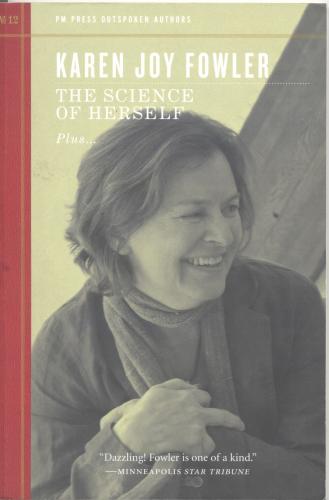 Most people who’ve heard of Karen Joy Fowler probably know her through her 2004 New York Times bestseller The Jane Austen Book Club, which got turned into a Hollywood film and was chosen as a title for the Richard & Judy book club. However, if you’ve never read her then you shouldn’t let the latter facts put you off, for Fowler is a delightful writer with a strong feminist sensibility, and this book – comprised of three short stories, an interview and a brief essay – provides an excellent brief taster of her work.

The stories explore torture, the life of the remarkable 19th century paleontologist Mary Anning, and the trials and tribulations of the sport-averse son of a gutsy single-mother. In the essay Fowler riffs off the assertion (taken from a late ’80s science fiction primer) that the secret of truly effective effective science fiction is to ‘burn the motherhood statement’, that is, to avoid the trap of positing something profoundly unsettling only to beat a hasty retreat with an affirmation of ‘apple pie and motherhood’.

In reality, she notes: ‘Nothing, absolutely nothing, appears to be more contested in our political and social and private lives than motherhood’, and we urgently need to take a leaf out of the great science fiction writers of the 1970s who, while ‘busily burning the motherhood statement’, were also engaged in a ‘concentrated and communal attempt to reimagine motherhood’, exploring worlds ‘in which babies were birthed by machines’ or ‘in which sexuality [was] so fluid that the same person might be the biological father of one child and the biological mother of another’.