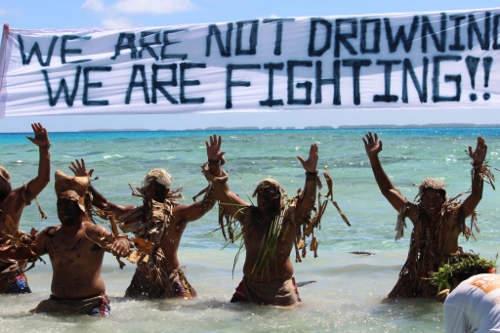 Pacific Islanders take to the seas in climate change blockade 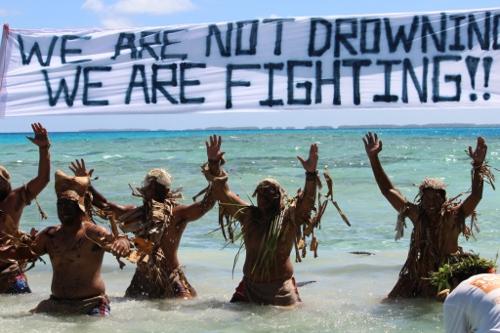 On 17 October, 30 Pacific Climate Warriors from 12 different Pacific islands are arriving in Australia to paddle traditional canoes they have built themselves into the harbour of the world’s largest coal port – Newcastle – to stop coal exports for a day.

Newcastle port shipped 150m tonnes of coal in 2013, and is set to expand its capacity by another 70m tonnes a year. The Pacific Climate Warriors, supported by 350.org, describe the carbon emissions of the coal and gas industries as ‘a radical attack on our Islands and our cultures’.