Angie Zelter (ed), World in Chains – The Impact of Nuclear Weapons and Militarisation 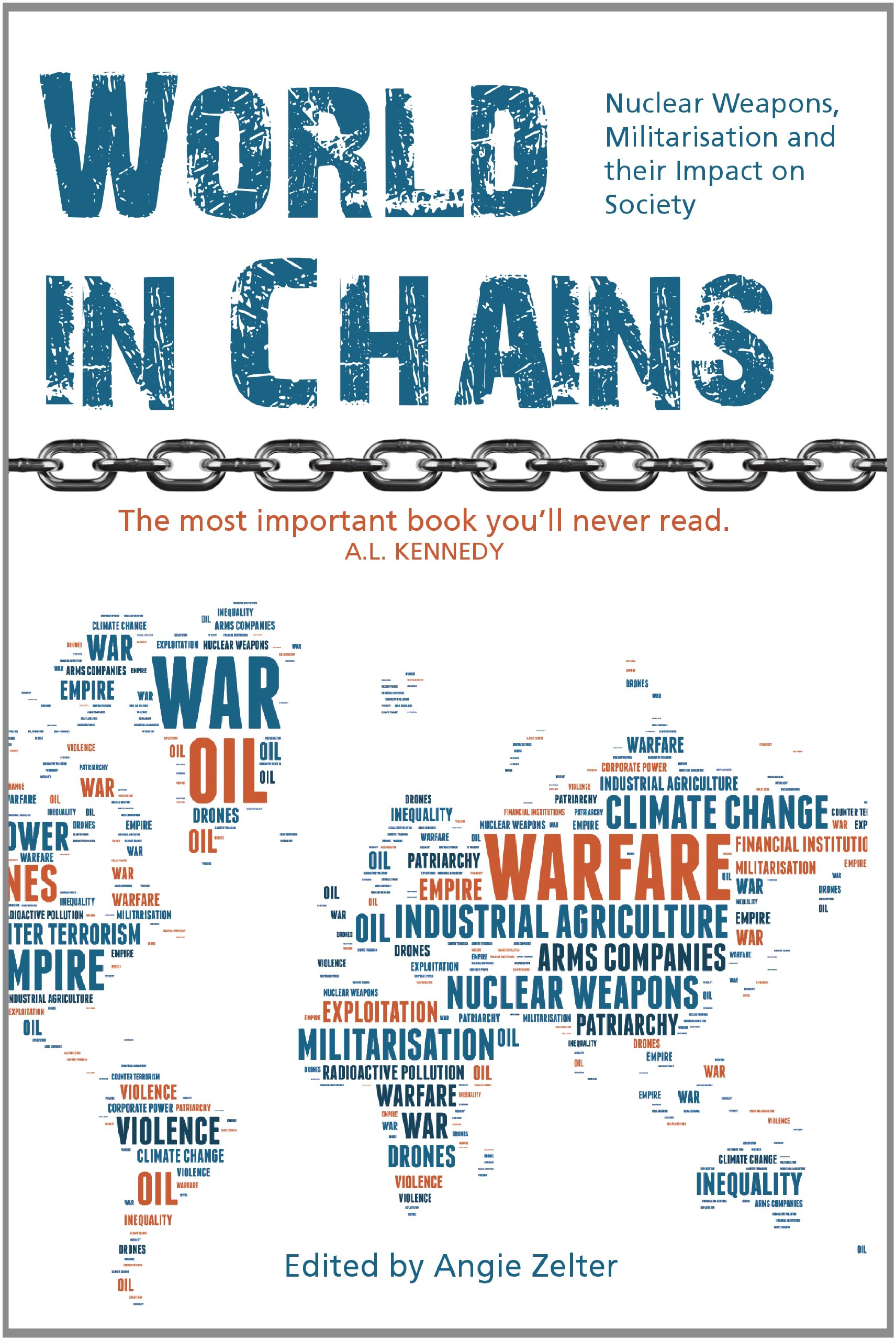 A familiar jibe aimed at people active in the nuclear disarmament movement is that they are engaged in a single-issue campaign. A simple answer has always been to hand: most of those active in anti-nuke work are also up to their eyes in other work for social change. However, this collection of essays adds another dimension to this response by cataloguing in detail the way that nukes are intrinsically linked to many other ills.

Hugely informative, it also aims to persuade more people to get involved in the Action AWE campaign against the UK’s Berkshire atomic weapon plants. Paul Rogers’ crisp, lively and persuasive essay on the chances for peace is worth the price on its own. On the one hand, he sketches a picture of a worldwide elite swithering between establishing itself as a gated community (with the barbarians left out in the snarling dark) and ‘liddism’, rushing round in an attempt to put the lid on this or that crisis. But he also includes a vein of genuine hopefulness, comparing this era to 1945 (when the threat of global disaster was similarly real), and noting how the efforts made then to rebuild peaceably could be replicated now.

The other essays cover a range of themes, linking nuclear weapons to global finance, nuclear power, the arms trade, climate change, disarmament pressure from the non-nuclear states, refugees and migration. While all are worth reading they vary in effectiveness.

Mary Mellor’s section on finance does not quite come off, reading like an over-compressed version of the argument in her excellent book The Future of Money (Pluto Press, 2010; 208pp; £16).

Pete Roche is powerful and persuasive on the connection between nuclear power and nuclear weapons proliferation but he might have given a nod to the arguments made by George Monbiot and Mark Lynas that some nuclear power is a necessary trade-off against climate change.

Sian Jones’ thorough account of the legal issues affecting protesters at nuclear weapon sites is slightly to the side of the main theme of the collection and would have been better placed in an activists’ briefing manual.

To some extent, the cohesion so evident in Roger’s essay gets a little bit lost in the subsequent content. And, while the essays are well-referenced, there is no index. However these are niggles. This is not only a very handy vade mecum [book for ready reference – eds] for activists but also a fine eye-opener for anyone ready to go behind the conventional façade of justification.