David Cromwell, Why are we the good guys? Reclaiming Your Mind from the Delusions of Propaganda AND Patrick Chalmers, Fraudcast News: How Bad Journalism Supports Our Bogus Democracies 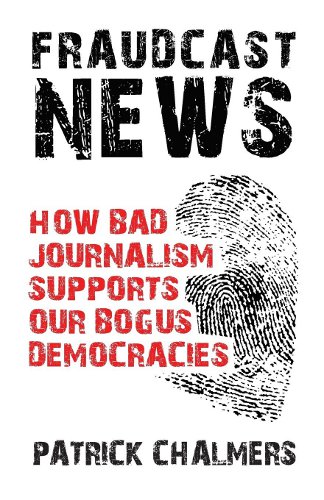 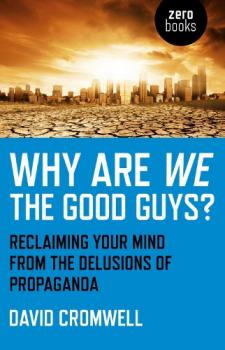 Edward Herman and Noam Chomsky’s 1988 book Manufacturing Consent offered a ‘Propaganda Model’ for analysing our dysfunctional mainstream media system, four of whose ‘five filters’ David Cromwell outlines as: ‘heavy dependence [of corporate media] on advertising revenue; reliance on approved news sources such as governments and business; the threat, and use, of flak by powerful interests to keep the media in line; and an ideological framework that demonises state-designated enemies’. (The fifth filter is corporate ownership of the mainstream media.) These two books provide worthy vindications of this model.

Why Are We the Good Guys? interweaves autobiography with Cromwell’s work for Media Lens, the media-monitoring group whose exposures of the British press’s failings have won the praises of Chomsky and John Pilger. Focussing on that central pronoun, ‘we’, he provides an abundance of powerful examples of UK press negligence, with a particular focus on the UN sanctions and war against Iraq.

A determination to begin a career in ‘socially meaningful journalism’ provides the narrative backbone for Patrick Chalmers’ Fraudcast News.

His experiences at Reuters (where he worked as a journalist) convinced him that the radically-minded reporter will endure ‘inevitable taunts from peers of being polemical, cynical or biased’. Moreover, the stance of presumed ‘objectivity’ was simply a way of shying away from uncomfortable truths. Chalmers urges journalists to discard the pretence of objectivity, which ‘has the perverse effect of neutralising news, making it utterly spineless’. 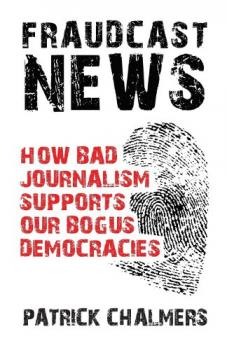 Interestingly, while he says that Media Lens’ news alerts on Iraq helped him ‘learn how to decipher what politicians say and to see how conventional reporters tend to swallow their arguments pretty much whole’, he is sceptical about the value of their approach, at least when it comes to changing reporters’ mindsets, noting that ‘people resist having their delusions pointed out to them, tending to attack the messenger rather than hear what’s being said’ (personal communication).

News agencies like Reuters bear ‘hugely important influences over what we know of global issues and what we don’t know. That in turn determines what we can or can’t do in order to tackle them.’

The significance of such influences can hardly be overstated. These two books help us to see through the ways in which the media — often subtly — condones Western states’ brutality.