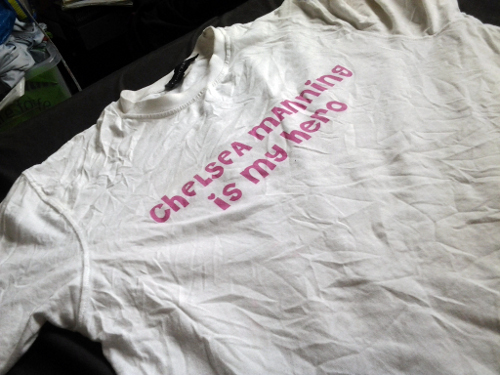 Militarism, trans* liberation and our movements 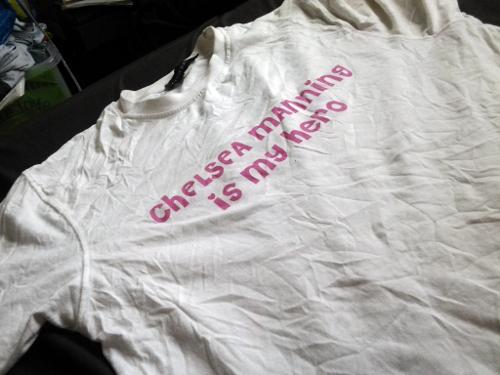 Chelsea Manning was already a hero of mine after releasing hundreds of thousands of classified documents revealing US war crimes in Iraq and Afghanistan. Her whistleblowing was digital direct action akin to the 1960s Spies for Peace revelations of UK preparations for nuclear war and exposure of the US COINTELPRO programme in the 1970s.

And then, as the world watched a military judge give her a 35-year sentence, she opened herself up with a beautiful and articulate statement: ‘I want everyone to know the real me. I am Chelsea Manning. I am a female. Given the way that I feel, and have felt since childhood, I want to begin hormone therapy as soon as possible. I hope that you will support me in this transition.’ Reading this, a wave of liberation passed through me.

She had already faced torture, inhumane treatment and the threat of execution for sending the files to Wikileaks, with many millions in US, including in congress, baying for her blood.

By publicly introducing herself, she knew that she’d face immense backlash and hate.

Cissexism
We live in misogynist and cissexist societies and states, where trans* folks are routinely denied healthcare, discriminated against and murdered. The same day that Manning released her statement, a 21-year-old transgender black woman called Islan Nettles died in New York after a targeted and brutal beating.

Almost all the media coverage covering her announcement was shameful and horrible. TV hosts made fun of her desire ‘to live as a woman’. Many newspapers pointedly printed images of Manning looking ‘male’ in uniform, as if to emphasise the impossibility of Manning being a woman. Even the Guardian at first continued coercively assigning gender by using male pronouns, despite Manning’s explicit request not to do so.

Undermining maleness
Why so much vitriol? According to Julia Serano, in a male-centred gender hierarchy ‘there is no greater perceived threat than the existence of trans women’. Despite being assigned male gender at birth and inheriting male privilege, trans women ‘choose’ to be female instead.

By embracing our own femaleness and femininity, we cast a shadow of doubt over the supposed supremacy of maleness and masculinity. As a result, patriarchy uses every tactic to dismiss us, objectifying our bodies while refusing to take our minds, our persons, and our identities seriously.

In Chelsea Manning’s case, the transbashing and questioning allowed the media to pathologise her. The implication was that Manning had leaked not for political motives, but because she was disturbed.

In reality, Chelsea Manning very clearly explained the political reasoning behind her choices – arguing that the American people needed to know ‘the true nature of 21st century asymmetric warfare’. And she was expecting the consequences: ‘I wouldn’t mind going to prison for the rest of my life, or being executed, so much if it wasn’t for the possibility of having pictures of me ... plastered all over the world press ... as [a] boy.’ And yet, Manning chose to send the files to Wikileaks, despite knowing the consequences as a trans woman.

Manning’s insistence on being addressed as a woman was especially brave given how isolated she is, and how much she relies on support from outside activists, many of whom she’s never met.

She had little reason to trust that they would keep supporting her, given the normalised transphobia even in progressive circles.

After all, Manning’s personal emails revealing that she was trans* and preferred to go by the name Breanna were published in the media by July 2011.

Despite trans activists repeatedly reminding Manning’s lawyers and supporters about this, the solidarity campaigns continued to default to masculine pronouns.

Bloggers like Emily Manuel called out the cissexist basis for this, asking: ‘Why do we assume that “hero” and “transgender” are mutually exclusive, and are unwilling or unable to imagine rallying around a transgender woman rather than a bright-faced young man?’

Opening up
I’m inspired by Manning’s brave acts, and her openness and honesty. When we open ourselves up and communicate our feelings, it is a daring act that takes more strength than the alpha male facade of silence and stoicism. Her public statement and reminders to use female pronouns are forcing people to come to terms with her identity as a woman.

As a trans woman, I hesitated for years about being myself in movement spaces. Instead I chose to keep leaving as if I were male, put off by the left’s failure to accept trans* identities.

The fear of friends, partners or comrades ditching me if I told them who I was felt overwhelming, and I worried that being a trans woman would restrict my ability to organise.

Coming out to some of my communities two years ago has felt empowering. But I’ve still had to deal with cis folks telling me to stop talking about trans* issues and the need for safe spaces, because ‘that’s just identity politics and a distraction from the real struggle’. We do need to fight a united battle — and within that we need to recognise the complex intersections between class and gender and race and age and disability and sexuality and and and.

Mika Lorensa is a trans woman living in London and fighting to build a better world. She can be reached on Twitter at @mikalorensa and by email at mika.lorensa [at] gmail.com

Trans people can be any sexuality (or none). Like everyone, as long as they are considerate and consensual, they deserve respect. Being trans can affect your sexuality in many ways. As a transman you may continue to be attracted to the same gender or genders, but for some transmen this could mean a shift from living as a lesbian to being a gay man.