I have written here before about The Invisible Insurrection of a Million Minds because, in darkest times, it gives me inspiration and hope. Life is pretty dark at the moment but it’s as well to remember that growth doesn’t stop because it’s winter time and the renewal of spring doesn’t come from nowhere:

The unexpected destruction of the Berlin Wall in November 1989 and the re-unification of East and West Germany which followed appeared to come from nowhere . No shots were fired, no tanks occupied the city’s streets and, as far as I’m aware, no one was murdered during that process. Until the moment of release, you might say it was an invisible insurrection. This extraordinary event pre-figured Nelson Mandela’s release from prison the following year. It was the beginning of the end of state-sponsored apartheid in South Africa and, as in Germany, the transition took place without violence.

This is, of course, not to ignore the violent criminality of the preceding regimes, but beneath it all, it seems to me, the warm worms were invisibly doing their job.

So I’m always encouraged by the knowledge that, come what may, dissenting nonviolent voices and activities are a continuum and thus we mustn’t allow ourselves to be overwhelmed by the might of governments. What we should all know by now – and beyond any doubt – is that the violent overthrow of governments always leads to a rebirth of violence and that going to war to end war is a tragic and doomed venture.

What then, to make of whistle-blowers such as ex-US soldier Chelsea (formerly Bradley) Manning and ex-CIA operative Edward Snowden? I’ve no idea of their motives in releasing classified information to WikiLeaks but they’ve told us what we need and require to know about the US and British governments’ quest to make all our lives government property, and for that we should all be thankful.

My friend Dennis Gould was quick off the mark in respect of Chelsea Manning and wrote, letterpress-printed, and published ‘Bradley Manning Blues’ as a poster early in 2012: 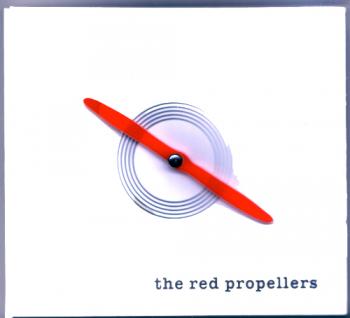 And other warm worms in Stroud also responded. American James Dick re-shaped Dennis’ poem into a song which now appears on a eponymous indie-rock CD by The Red Propellers. The song – titled ‘Military Secrets’ – has James’ flat Southern voice repeatedly intoning Mi-li-ta-ry-se-crets as a chorus and it is the outstanding track on what is a very powerful album. It has something of a Lou Reed/Patti Smith flavour but the band has taken that flavour and made it all its own.

Actually, the Red Propellers are neither invisible nor inaudible and I hazard the late John Peel would have embraced Military Secrets with his usual understated insurrectionary enthusiasm. Let’s hope that BBC Radio Six does too.

And just in case everybody gets too pleased with themselves the beautifully-packaged CD has a prologue which warns of:

Well the rest of us should redeem ourselves by supporting this excellent venture and you can get a partial taste by listening to an early version of ‘Military Secrets’ (without the searing violin) on YouTube (link below).

YouTube video of an early version of ‘Military Secrets’: www.tinyurl.com/peacenews789