Eveline Lubbers, Secret Manoeuvres in the Dark: Corporate and Police Spying on Activists 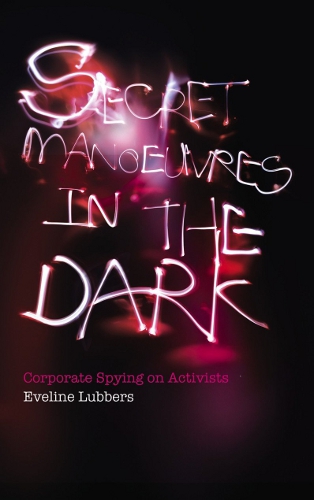 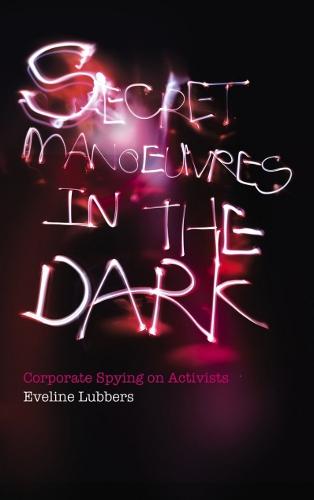 If you’ve been an activist in the UK for any length of time then it’s likely – whether you know it or not — that you’ve rubbed shoulders with one or more spies. In 15 years of activism, I can think of three definite cases of infiltration of the groups that I’ve been involved with.

There was ‘Rod’, the undercover police officer who infiltrated the WOMBLES (the ‘White Overall Movement Building Liberation Effective Struggles’, a UK anti-capitalist group who adopted some of the tactics of the Italian group Tute Bianche – eds); ‘Jason’, who infiltrated Reclaim the Streets (RTS); and last – and definitely least – Toby Kendall, the corporate spy who attempted to infiltrate the groups ‘Plane Stupid’ and ‘Hands Off Iraqi Oil’ and was so incompetent that he maintained a profile on the social networking site LinkedIn.

No doubt there were others we never discovered.

Eveline Lubbers’ latest book provides a tour of the complex and international web of state and private co-operation behind such operations – operations aimed at delegitimising activists struggling for social and economic justice all over the world.

As well as RTS, the infiltration of groups such as the Campaign Against Arms Trade (CAAT), London Greenpeace, and international anti-apartheid and environmental coalitions involving churches, academics and freedom fighters, are all examined, with Lubbers joining the dots to reveal a pattern of collusion between state and corporate spies.

One of the most grotesque examples is the work of Evelyn le Chêne, who ran a Cold War-esque spy company, Threat Response International, from the 1990s to 2006, involving her own son — Adrian Franks/le Chêne — as an agent. Le Chêne was Martin Hogbin’s controller — Hogbin having infiltrated CAAT as a key organiser and international representative for five years before being exposed by the Sunday Times in 2003.

In all, le Chêne sent six agents into CAAT, as well as others into Earth First!, CND and the campaign against the Newbury Bypass.

Ironically, though obsessed with countering communism and the use of chemical warfare by Soviet interests, she supported an initiative experimenting with biological warfare: Project Coast. The latter supplied South African special forces and death squads with biological poisons to use against enemies of the state, including the development of bacteria that would kill only Black people and vaccines to make Black women infertile.

Lubbers also analyses the role of ‘dialogue’, ‘corporate social responsibility’ and public relations as means to divide and rule movements, using Shell and Nestlé’s defence of their business with apartheid South Africa as a case study. Shell’s ‘Neptune Strategy’ of ‘corporate combat’ against the boycott, divestment and sanctions (BDS) movement was developed by Rafael D Pagan, one of the first American strategists to develop corporate counter-strategy in the 1980s.

Pagan’s work in defence of Shell’s oil sales to the apartheid regime, and Nestlé’s infant milk formula business, involved a campaign of four phases which in many ways forms the bedrock of modern corporate counter-strategy.

First, containment of critics by appearing to ‘listen to both sides’ and ‘stop the shouting’. Second, reaching out to moderate groups or individuals and promoting their positions to divide the movement.

The third phase is breakthrough, actively working with moderates to isolate the ‘confrontationalists’ or hard-liners. Finally, consolidation aims at ‘the establishment of corporate social environment and public policy implementation’ such as the ‘Nestlé Coordination Centre for Nutrition’ and the ‘Nestlé Infant Formula Audit Commission’ — figleaves to enable business as usual to continue while looking as if reforms are being pursued.

Activist groups and NGOs often deny the impact of corporate spies on their activities for fear of damaging confidence and trust in their organisations. An example is the role of Hakluyt — a British firm set up by former MI6 and special branch agents — in sinking Greenpeace’s campaign against BP’s exploration of the Atlantic in 2001.

Manfred Schlickenrieder was a long-term state and corporate asset in Maoist and far-left movements including the Red Army Faction in Germany. Known as ‘a silent man’, he worked undercover for over 20 years posing as a film-maker and journalist with the ‘Documenting Archive gruppe 2’ project which saw him make and access photographs, films, publications and interviews with a wide range of activists in Germany.

When Schlickenrieder was exposed by activists and the Sunday Times in 2001, Fouad Hamdan, Greenpeace Germany’s spokesperson, told journalists that ‘the bastard was good’, only to retract the comment later and claim that ‘no one remembered the guy’, and that he probably hadn’t delivered any information of importance about their campaigns.

Ironically, in some cases spies have actually sustained the work of groups that would have experienced a natural decline in activity if left alone — most famously London Greenpeace, where spies actually out-numbered genuine activists at meetings. Despite a directive from McDonalds to stop the dissemination of the notorious McLibel leaflet at all costs, the spies were actually posting, reproducing and handing out hundreds of the very leaflets that the company was determined to stop!

Secret Manoeuvres is an important and timely book, and one from which activists can learn much to inform their own security and counter-strategy against state and corporate saboteurs.

Exposure, whistle-blowing and democratic action are the key elements of winning the ongoing cold war between activists and organisations governed by profit. Keeping up trust, taking precautions — particularly with open meetings — yet remaining committed to democracy are the means to defend and further activist campaigns.

The lessons of how corporations reacted to BDS campaigns against South African apartheid must be learned by the Palestinian-led BDS campaign against apartheid Israel — not least because the tactics used against us are likely to be similar to those developed 20 years ago.

Likewise, corporate use of injunctions, damages claims and ‘stakeholder dialogue’ (eg by EDF against No Dash for Gas earlier this year) show us that actually, even when backed by the state, these companies have a limited range of responses when it comes to dealing with well-organised groups and movements backed by wider public support and viral campaigns.

It may look like we’re all manoeuvring in the dark, but ultimately our movements are based on openness, honesty, inclusion and illumination — a direct counterweight to corporate manoeuvres in secrecy, violence, and denial.

Ewa Jasiewicz is a member of No Dash for Gas.