Mary Harper, Getting Somalia Wrong? Faith and War in a Shattered State 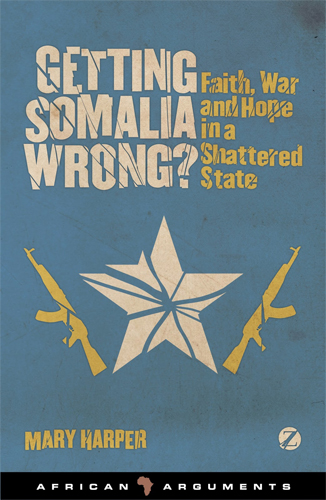 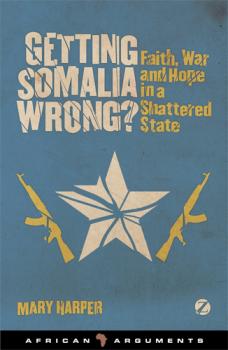 The dominant view of Somalia today is of a failed state riven by war, terrorism, piracy, poverty and hunger.

Mary Harper, a BBC journalist who has been reporting from Somalia since 1991, argues these images and labels act as a barrier to a more nuanced and deeper understanding of the country.

Citing numerous Somali voices, Harper maintains that continual conflict and crisis have forced Somalis to invent surprisingly workable and resilient alternative political and economic systems. They have enthusiastically taken up modern technology, with the most advanced money transfer systems in Africa and the cheapest, most developed mobile phone network in East Africa. And while foreign intervention has focussed on Mogadishu and the surrounding area, the self-declared republic of Somaliland in the north is relatively peaceful and stable. ‘It is ironic that the region that was largely left alone by foreign powers, and received very little outside help, is one of the most stable and certainly the most democratic, of all the territories in the Horn of Africa’, notes Harper.

The US has a long history of intervention in Somalia, such as supporting the dictatorship of Siad Barre in the 1980s (curiously never mentioned by Harper) and backing the 2006 Ethiopian invasion to suppress the Union of Islamic Courts, a grassroots Islamist movement that had briefly brought law and order to Somalis. The invasion displaced hundreds of thousands of people and escalated the level of violence. More importantly, Harper explains that ‘the Ethiopian occupation and the US airstrikes did not succeed in eliminating Islamism from Somalia. Quite the opposite; the UIC re-emerged in a far more dangerous form as al-Shahaab.’ It is the latter group, publicly allied with Al-Qaeda and dominant in southern Somalia, that the US is now working to destroy. The Los Angeles Times recently reported ‘The US has been quietly equipping and training thousands of African soldiers to wage a widening proxy war against al-Shahaab’.

Occasionally, Harper’s BBC liberalism muddies her otherwise clear analysis, as when she describes the 1993 US/UN ‘military intervention’ (invasion?) as the ‘archetypal wrong-headed exercise in building a state with foreign soldiers and good intentions’.

This, though, is a minor quibble. With a number of good explanatory maps and photographs and a small but useful bibliography, Getting Somalia Wrong? is an accessible and hopeful introduction for activists interested in the region or the ‘war on terror’.